Does 70% of America Really Imitate Jesus? 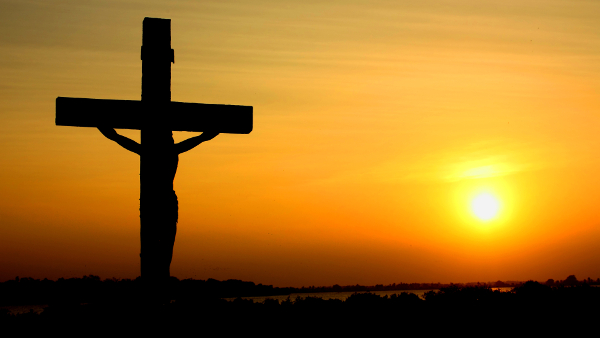 The religious scandal we face: Does 70% of America imitate Jesus?

As a social commentator, I am consumed with root causes and ideas of practical wisdom. I like the stuff that meets people where they are and gives them something to imitate in their everyday lives.

I’ve concluded that the big picture problems—the state and the vicious social rivalries it reflects and stokes—and the small picture—how honest we are with ourselves and the way we treat our neighbor—all stem from one source: cultural memory.

What does it mean to be human? How do we name ourselves as a species? And what are the cultural rituals we wish to embody? These questions may seem airy but they mean everything.

Are we as Descartes defines us, “I think therefore, I am.”? Or are we more Shakespearean, “To be or not to be?” Are we autonomous individuals struggling for total self-determination? Or are we all lost like sheep, each according to his own way—a herd?

The scandal we face as a society is much older than our Enlightened modern era. It is rooted in a tale of two religions, from the Latin, two “bindings” or cultures.

The archaic religion of man. In its contemporary form, ideology. It is based on violence and accusation; deceit and power as the unifying principle of culture.

Or the way of Jesus. The daily imitation of his ethics, life, death, and resurrection that wholly renounces violence and domination as the way of “binding” people together. It rests on forgiveness and mindful self-emptying.

This isn’t a matter of blind faith. The only blind faith is our failure to acknowledge the religious origin of our species and the habits that flow from which cultural memory we imitate.

Sacrifice of an other or self-sacrifice of one’s ego and its banal promises of satisfaction.

The violent rivalries that plague us as a society are caused by our cultural feet being planted firmly in both options. We want a bit of each—some forgiveness here and there, but a helping of vengeance and domination when in a bind. But we cannot serve two masters.

We cannot be like Jesus and hate our neighbor.

70% of Americans name themselves “Christian.” It literally means “Jesus imitator.” Likewise, millions of secular Americans believe their values align with the spirit of Jesus’s teachings. Yet we continue to have the highest incarceration rate in the world. We hire politicians to kidnap and cage our neighbors for nonviolent vices—insisting on domination—as the means of dealing with suspended licenses, drug users, prostitutes, raw milk, and tax objectors.

We blame other people groups for speech code violations, marital collapse, and economic difficulty. The self-proclaimed tolerant among us hardly bat an eye at laws that cage business owners for failing to pay a decreed minimum wage. Meanwhile, values voters clamor for carpet bombing cities, following the words of the High Priest Caiaphas that it “is better that one man die than the whole nation perish.” Other factions think they are entitled to certain jobs by place of birth and demand coercion to prevent overseas workers from “taking” them.

Yet hospitals and homeless shelters continue to be built in Jesus’s name.

Western civilization is haunted by the cultural memory of the Cross. We cannot forget the image of God manifested as an innocent man sent to die in the city trash dump by the state, religious authorities, and even his own followers who could not escape the power of a nation’s desire for blood.

Our unfolding cultural reckoning of this event enabled us to stop burning witches and start building homes for orphans and widows.

Before the cross, it was unquestioned cultural wisdom that the Winners of history—the warriors, the strong nations, supreme deities, righteous priests—were justified in casting out the weak, the poor, the washed up chieftains, any misfit for the maintenance of sacred peace and order.

Now the shadow of the crucifix compels us to make laws forcing handicap accessibility, believing we have the right to confiscate our neighbor’s wealth if they fail to obey. We still scapegoat but we do it under the banner of concern for victims.

In the name of victims, we banish a Paula Deen for a decades-old speech code violation, using the real suffering of black Americans as an excuse to cast our collective racial guilt onto an easy target. We wouldn’t publicly scandalize our own grandmother, but we’ll do it as a mob.

Collective aggression in the name of victims is a shortcut to heaven that leads to hell. It creates resentment, a black market of festering hatred.

Jesus is still in the driver’s seat of history as our awareness of victims, oppression, and violence continues to escalate. Yet our addiction to collective violence, the cure from our ancient religious past, is slower to subside.

We must stop straddling both religions. The chaotic chasm between old religion and Jesus will consume us so long as we persist in imitating both cultures.