Lord Stephen Green on Purpose and Value in Financial Markets 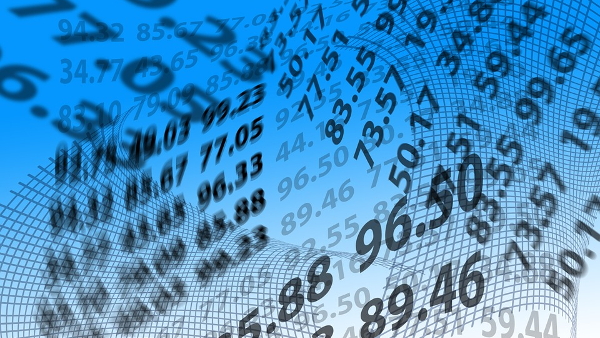 Stephen Green joined The Hongkong and Shanghai Banking Corporation (HSBC) in 1982. In 1998, he was appointed to the Board of HSBC Holdings plc. He became Group Chief Executive in 2003 and Group Chairman 2006. HSBC is one of the world’s largest and most international banks. He retired from HSBC in December 2010.  Lord Green served as a Trustee of the British Museum, and as a non-executive director of BASF.se until 2010. He is Chairman of the Natural History Museum, Chairman of the International Advisory Council of the British Chambers of Commerce and is a member of the House of Lords European Union Select Committee. He chairs a charitable foundation which mobilises support for the work of the Archbishop of Canterbury in the Anglican Communion. Stephen Green has written four books – Serving God? Serving Mammon? [1996] Good Value, Choosing a Better Life in Business [2009], Reluctant Meister – How Germany’s Past is Shaping its European Future [2014] and The European Identity – Historical and Cultural Realities We Cannot Deny [2015]. The Wall Street Journal endorsed his book Good Value saying, Stephen Green is in a universe of one: the only chairman of a major international bank who is also an ordained minister of the Church of England.”

*This blog is Part III of three posts based on an interview by Dr. Richard J. Goossen with Lord Stephen Green on February 8, 2016.  Lord Green will be the afternoon keynote speaker at the Entreprneurial Leaders Conference, Toronto, November 16, 2016.

R – Are financial markets more concerned with purpose and value?

S – Nowadays, the challenge of purpose and value is more and more widely accepted. Most would accept that the stakeholders of business have expectations of the business which go well beyond simple profit maximization within the law. I have always believed that the responsibility of boards is for the long term sustainable growth of the company, and that achieving this requires not just a profitable business model but proactive employee engagement, and a responsiveness to both clients and community. Practical wisdom dictates that a strong culture of values is therefore essential to sustainable value maximization. Hence, so long as the focus is on the long term, values are not merely compatible with value maximization: there are essential to it.

The question of purpose and value is profoundly important. We need to debate it. In the meantime, however, in the real world of commerce and the markets we have to make our decisions on a daily basis and in contexts which are fraught with uncertainties and imperfections. Much of life—and certainly much of life in the markets—is lived in shades of grey rather than in black and white. I think we inevitably find ourselves having to make do with the necessary working assumptions – one, that economic and social development needs to work with the grain of the market. And second, that we need to discover an ethic of commerce which works, in the sense that it is utilitarian, effective and therefore commands widespread support.

R – Is this not a significant challenge for the boards—the leaders—of financial institutions?

S – This is a key challenge for boards—to ensure that the company’s purpose and responsibilities are clearly articulated and understood throughout the organization—and indeed, not merely understood, but accepted and lived throughout the organization. This is a challenge for corporate culture, of course. We need to remember a fundamental truth about corporate culture. It can’t be mechanized: it can’t be performed. It has to be lived. Which means it has to be personal.

R – What’s the motivation for boards, especially if there isn’t a measurable financial return?

Another way to put it: can nurturing the corporate culture be show to pay?

R – Companies and their leaders should aspire to good values—but what happens when they at some point fall short?

S – My personal experience is, I suspect, shared by all of us one way or another:  sooner or later, something will go wrong. It’s a truth of life in general of course and it’s a truth of business life in particular. No matter how diligently, for example, a board works to ensure a long term focus and a clear commitment to corporate social responsibility and the common good—no matter how much effort they put into nurturing a strong corporate culture—something does go wrong. Something happens which is painful and dismaying. It can be very public, too.  What then?  Is the whole thing exposed as a charade? Is it just another piece of grist to the mill of distrust and cynicism?

No. In fact, you only really know the mettle of a company and its brand when you see how a company reacts to something that has gone wrong. Recognition, remorse, relearning and renewal are always possible. The right kind of brand—the real evidence of corporate social responsibility—is where there is no denial or downplaying, but a determined effort to work through the full implications for the brand of what has gone wrong. No one gets everything right all the time.  Learning from experience, including bad experience, including the experience of having gone wrong—both collectively and individually—is an essential ingredient in all life, and that goes for business life, too.

And it is a central part of the Christian gospel that failure can lead to renewal. I can’t forbear to cite the stories: Peter whose courage failed him at the decisive moment; the prodigal son who squanders his inheritance but whose humiliated return is celebrated so generously by his waiting father; or the tax collector Zacchaeus, a man with a profession even more unpopular than bankers are now—a man who is transformed by his encounter with the truth about himself—a man who finds joy and integrity in his renewal, perhaps for the first time in his life—and a man who is, crucially, not told to give up his profession (which would perhaps have been the all too easy populist response to his moral failings).

R – In sum, what is your approach of living with the contradictions of the market?

S – I believe profoundly in the role of the markets in creating human welfare. But I hope it is also clear that I recognize the dilemmas—because the real world of the markets is shot through with imperfections that we will never completely expunge—because we as individuals are similarly prone to failure—because the dilemmas and challenges are real, significant and hard, if not impossible, to avoid. Any finally, I hope it is clear that I believe that we have no alternative but to take the moral risk of engagement in that ambiguous and imperfect world, because so much is at stake for development, both social and individual, around the world.