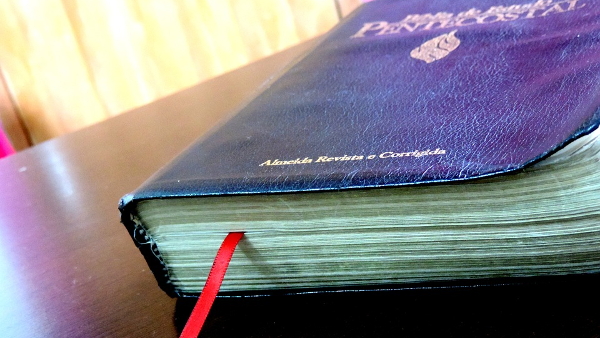 Stephen Green joined The Hongkong and Shanghai Banking Corporation (HSBC) in 1982. In 1998, he was appointed to the Board of HSBC Holdings plc. He became Group Chief Executive in 2003 and Group Chairman 2006. HSBC is one of the world’s largest and most international banks. He retired from HSBC in December 2010. Lord Green served as a Trustee of the British Museum, and as a non-executive director of BASF.se until 2010. He is Chairman of the Natural History Museum, Chairman of the International Advisory Council of the British Chambers of Commerce and is a member of the House of Lords European Union Select Committee. He chairs a charitable foundation which mobilises support for the work of the Archbishop of Canterbury in the Anglican Communion. Stephen Green has written four books – Serving God? Serving Mammon? [1996] Good Value, Choosing a Better Life in Business [2009], Reluctant Meister – How Germany’s Past is Shaping its European Future [2014] and The European Identity – Historical and Cultural Realities We Cannot Deny [2015]. The Wall Street Journal endorsed his book Good Value saying, Stephen Green is in a universe of one: the only chairman of a major international bank who is also an ordained minister of the Church of England.”

*This blog is Part II of three posts based on an interview by Dr. Richard J. Goossen with Lord Stephen Green on February 8, 2016.  Lord Green will be the afternoon keynote speaker at the Entreprneurial Leaders Conference, Toronto, November 16, 2016.

R – How do you, or did you previously at HSBC, try to make a difference at work?

S – My job at work is not to use it as a sort of pulpit to proclaim the gospel. I have never found that appropriate. In this day and age you may well find yourself, as I did at HSBC, in a company that employed 300,000 people, amongst people of all kinds of faith and none, and you have to respect that. You live in a microcosm of the whole world when you are at work. Like any Christian you must be prepared to give an account for yourself if asked, and you are personally and spiritually challenged to work out your calling in the way that you do your work. And you can’t but be conscious that you don’t get it right all of the time: the more you set high standards for yourself and others the more you become conscious of where you and the organization fall short. Nevertheless, you are there to stand for the right way of doing things. In dealing with people when it comes to, for example, performance appraisal, part of the job is to help people to learn more of the truth about themselves and develop in appropriate ways. Your job is not to kill with kindness any more than to distort your judgement because of personal antipathy.  All these kinds of things are implied by what it means to have a Christian hope.  (There will of course be many people with other faiths or humanist positions who say exactly the same things – and we should be pleased to recognize the common ground.)

R – What were some of your greatest challenges or failures and then how you dealt with them?

S – In our case at HSBC we were seeking to shift the pendulum back to Asia at a time when the bank had spread globally quite rapidly.  With respect to corporate governance of the company we were moving away from a very strong executive chairman role to what is now, in conformity with British standards of corporate governance, a structure where the role of chairman and chief executive are clearly separate and delineated. We also found ourselves coping with the worst crisis to hit the world’s financial markets for many decades. Our challenge was to come through that without failing our customers or our shareholders or becoming a burden to taxpayers. I believe we gave a good account of ourselves in those extraordinarily testing times. But we didn’t get everything right. In particular, anti-money laundering control issues resulted in the Bank being fined US$1.9 billion. That was dismaying, of course. This was a top management team that had always sought to do the right thing – and this happened. And this too is a real part of Christian experience – you are not going to get everything right all of the time. And the important Christian challenge then is recognition, remorse, learning and renewal. All of which requires humility.

R – What is your most satisfying moment in your career, from a work standpoint?

S – In broad terms I have been very fortunate to have a career that I enjoyed. I am very proud of the 28 years I spent at the Bank.  I think it is a great institution, providing good service to millions and millions of clients around the world. And I enjoyed almost every minute of my time in Government. But the real answer to that question lies in the encounters with all sorts of people in different circumstances around the world, both colleagues and clients and others whom I was privileged to meet who are working hard to do the right thing and advance whatever particular cause they are working for and who are delightful people.  I had a rich variety of human encounters over 28 years at the Bank and three years at the government; it has been a source of endless excitement.

R – What do you see as the dilemmas of being a Christian in your particular environment, which was the global financial markets for much of your career?

S – I gave a lecture last year in a City of London church. It was titled “Belief in the City,” which has of course a double meaning. I wanted to reflect, on the basis of real personal experience, on the dilemmas of living in the markets.

These dilemmas of the financial markets are of clear and universal human significance. From the smallest loan in a rural community in Burma, through the more complex financial demands of the newly urbanized middle classes of the emerging world, through the new trading investment powerhouses of Asia, to the older and more staid world of developed Europe—economies and societies are become more intertwined, interacting more and more, and their financial needs are more and more interconnected. Hence, the question of purposes and of value in the City of London has nothing less than a global human significance.

A challenge—which has been repeated often enough that it risks becoming a cliché—that there has been a huge breakdown in trust in what the financial markets do. We need to note three aspects of this failure of trust, though:  first, that is did not start with the financial and economic crisis; two, that it is not confined to banks; and thirdly that it is part of a much more pervasive trend of social mistrust. While there are challenges, many worldwide enjoy the excitement of the global bazaar:  in so many ways it is liberating and full of promise.

We have the opportunity to learn from past voices. “Why spend your money on that which is not bread, and your labour on that which does not satisfy?” So said a voice from two and a half millennia ago, questioning even then the purpose of the bazaar. Or from two hundred years ago: “The world is too much with us; late and soon, getting and spending, we lay waste our power.” And a much more recent voice (from the 1930s, but still well before the Internet age): “where is the life we have lost in living? Where is the wisdom we have lost in knowledge? Where is the knowledge we have lost in information?” Isaiah, Wordsworth and T.S. Eliot respectively. None of these voices has lost its resonance with the passing years. All remind us of the need to find the common human values, without which the global bazaar (with the financial markets at its core) will never become civilized.