Lost in Translations: If Only People Read the Bible in Original, There May Have Been No Subprime 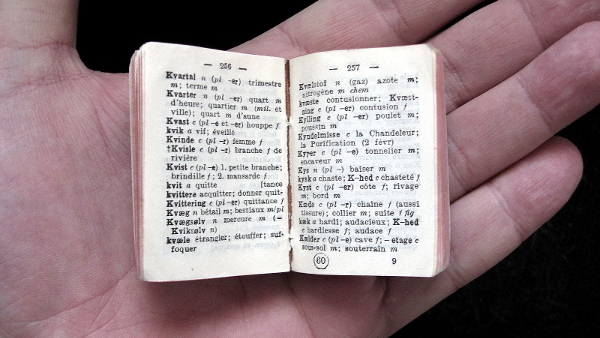 The Bible does not prohibit lending or borrowing: It prohibits asking interest from the poor, which makes sense. Poor people have no collateral. They have no income, no jobs, no assets, no prospects – this is what defines being “poor.”

Advancing loans at any interest to people finding themselves in such dire states, cannot reasonably expect to be repaid, never mind high interest rates to reflect what today in technical finance is called “risk of default.” There can be little doubt that such people would default on their loans – or be hungry, or get desperate and who knows what they would do? Steal or, perhaps, be imprisoned, after taking up court time – all reflecting burdens on society.

In fact, even today – as even those watching Judge Judy (without consulting legal textbooks) can attest – she relies on precedents when she simply wipes out the value of loans owned when given to people who, the lender knew, would be not able to pay it back, not the interest or the principal.

Now imagine if Washington politicians read just this part of the Bible, and paid attention to much publicized NINJA loans before the 2008 “subprime crisis,” “NINJA” standing for “no income, no job, no assets.” One did not have to be a financial genius that the people thus identified, moving from run-down trailer parks to decent homes, would have no ability to pay back the mortgages, and the massive move would end up becoming a political and financial debacle, and with foreclosures take up much court time too. The fact that a range of Washington’s mistaken policies gave rise to the NINJA loans, drawing on the idea that if poorer people “own” homes, that has a stabilizing effect on communities, by having a “stake” in the neighbourhood.  The problem was, of course, that these NINJA people did not own anything, and acquired no “stakes” – as they got into the new homes with virtually no down-payments. They only got a a piece of paper to reflect “title” – but a piece of paper is not much a stake.

Perhaps if Americans used the French word for “real estate” another big contributor to the real estate bubble – turning homes inadvertently into a liquid asset (following the changes in capital gains tax in 1997, that gave significant preferential treatment to own this asset class rather than shares), the crisis would have been mitigated too.  In French the term for real estate is “immobilier,” a term that captures the essence of this asset class – namely, its immobility. Indeed, as by now US homeowners have learned, there is nothing “real” about this asset class: it appears solid, but it can quickly turn into thin air.

The article draws on his History – the Human Gamble (U of Chicago Press, where one chapter is called “Usury laws, or Who Was Shylock?”), and Force of Finance (Thomson, 2002).