The Myth of Christian Ministry 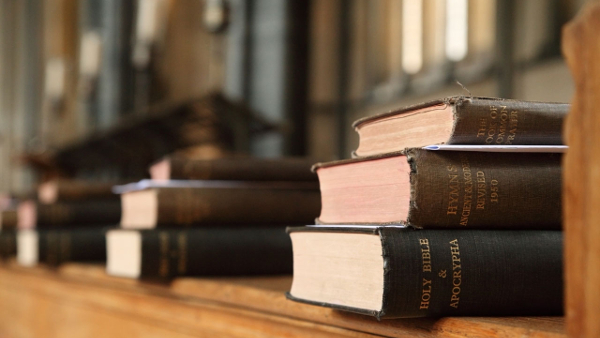 There are many opportunities known as ‘Christian Ministries’. They are identified as organizations that promote the kingdom of God in some form, quote Bible verses at appropriate times, and they depend on subsidies in some form in order to cash-flow the organization.

I facilitated a workshop at one time with church elders. The word ‘profit’ arose, and they assured me they did not make a profit. However, when the word was changed to ‘surplus’ they said they did make a small surplus each year.

What the words ‘Christian Ministry’ do indicate is that the organization has some obligation to Christian ethics, among which is this:

“Let the elders who rule well be considered worthy of double honor, especially those who labor in preaching and teaching. For the Scripture says, ‘You shall not muzzle an ox when it treads out the grain,’ and, ‘The laborer deserves his wages’.”

This is the second occasion the Apostle Paul reminds his readers of an important principle. In his letter to the Corinthians, after quoting the verse referring to muzzling of the ox, Paul asks,

“Is it for oxen that God is concerned?”

It is quite clear here that attaching the words ‘Christian Ministry’ to an organization, if anything, requires that organization to pay its staff well by market standards. To be sure, there is an element of personal choice involved, whether or not an employee voluntarily chooses to accept a below-market rate in order to help the ministry. But in my experience, this is rarely the case. Many employees in the not-for-profit sector work at below market rates because they cannot get work elsewhere at market rates. In other words, for these employees, something is better than nothing.

Thus, what happens in real life is that many employees who work at below market rates for ‘Christian Ministries’ use the opportunity to build their resume and then apply, and obtain, better paying jobs in the market place. And so the below-market employer now has to fish again in the unemployment pool and find people who are desperate enough to accept their below-market wage offering.

Consider this: a group of people get together and become the founding members of a non-profit ‘Christian Ministry’. The ministry has a legitimate goal and meets a need in the community. Now who is going to fund this ministry? The founding members? Will they give say 50% of their income for the rest of their lives in order to finance the organization and allow it to pay its staff reasonably well? Or will they, instead, expect employees to work at 50% off the going market rates as a subsidy to the ministry?

Who Takes the Risk?

Now these are not the only choices. The organization solicits donations from other people to support the ministry. But underlying the enterprise is another inescapable factor: risk.

In an ordinary for-profit business, the owners of the business bare the risk of the enterprise. If it fails, they lose personally. If it succeeds, they bank the profits.

Now a Christian ministry does not appear to have owners. It may have members, but no shareholders. But the question of ownership is not determined by names or distribution of the profits. Ownership, properly defined, is determined by whoever controls the assets. Whoever has the right of dispossession of the assets is the ‘owner’ of the assets.

And in the Christian Ministry, someone still controls the assets. It may be a board acting of behalf of all the members, or it could even be a group of three people who are members and decision-makers. In some jurisdictions, non-profit status can be obtained by a single member (read ‘owner’) of an LLC.

Somehow, by attaching the words ‘Christian Ministry’ to the non-profit organization now exempts the owners from taking full risk. Especially if they can convince employees to work at below-market rates. Now the employees are also sharing in some of the risk of the organization. Why? Because they voluntarily choose to do this? If that were so, Christian Ministries would have a better track record at keeping their employees who take on higher-paying positions first chance they get.

By agreeing to a lower salary, employees make it easier for the owners and management and take some of the pressure off them for the success of the organization. Thus, the lower-paid worker can find himself subsidizing poor management practices rather than subsidizing a Christian Ministry.

Choices are there to be made. It becomes a matter of principle which choices are made. But it seems expecting employees to be made the involuntary subsidizers of the ministry is not the right choice.

Perhaps it’s time the words ‘Christian Ministry’ became a flag for biblical principles in the treatment of employees, rather than a whip to brow-beat employees into taking a lower wage rate. I have seen this so badly in one case, the employees were required to attend certain functions. Under law, they could claim reasonable travel costs, but a note to employees said words to the effect that they might consider not claiming the expenses in order to ‘help’ the Christian ministry. This, from an organization that generated millions in revenue, wasted thousands with poor management decisions, but was too mean to spend $400-500 in a full year to cover its employees costs which the organization mandated was a necessary step to maintain their employment.

Perhaps nothing beats the now bankrupt Seed America Foundation which found itself on Atlanta’s Fox News in 2008 (perhaps it was 2007) when employees complained they were not being paid their wages. When staff approached management concerning their unpaid wages, they were told to ‘trust God.’ In this case, the wages were commissions earned as Seed America employed people to search for commercial buildings that were available for sale at low prices. Being a non-profit, business could donate their buildings to Seed America and get a tax deduction probably worth more than the building could be sold for. Seed America cash-flowed itself by borrowing against these empty buildings as they collected more of them. But the money dried up as the Global Financial Crisis made itself felt with American lending institutions. And so staff did not get paid.

Not all Christian Ministries end up this way. Some just keep turning over millions of dollars on work practices that produce little or no return value to the organization. But the activity gives the appearance of success.

Most of these problems would disappear if the non-profit organization was required to report its management practices to its donors, along with reports on Key Performance Indicators, so that donors could see how their money is actually utilized. The company that has nothing to hide would not be afraid to do this, and donors would welcome the accountability. The trouble is, not many Christian Ministries have Key Performance Indicators. In one organization productivity had dropped 40% in a key department over a 5-year period. No one knew, until I introduced measurement and accountability. The next year, productivity went back to its 5-year high and an additional $160K was added to the bottom line (not counting repeat sales). That same organization did measure other activities, but it made no management decision based on the results. In effect, the productivity recording was a waste of time.

Meanwhile, it will be up to donors to insist on full accountability of their donations. And since staff who work at reduced salaries can often become the largest ‘donors’ to the organization. One Christian organization employs Ph.D. scientists at about half the going rate. Some of those scientists have worked for the organization for 20 years. If they ‘saved’ the organization $50K a year, that’s a million dollars of subsidy the organization has received from each of its key employees.