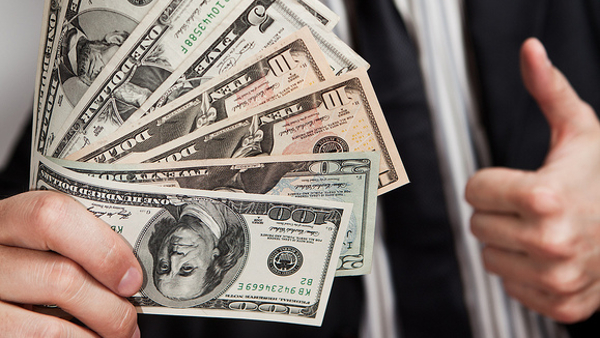 “Pay for Performance” remains a popular compensation approach. It seems a logical way to incentivize employees, create competition among them, and increase their contribution to the bottom line. Despite fine arguments in support of “Pay for Performance,” these schemes often fall short of expectations. I am not surprised.

As a trading firm managing partner, I compensated people strictly on performance. I was amazed at the ingenuity our traders used to maximize short-term pay, even at the expense of long-term success. Some traders ended their career to get more in the short run.

Bruno S. Frey and Margit Osterloh in this Harvard Business Review article explain that employees’ actions become self-focused under pay for performance schemes. Employees manipulate the performance criteria in their favor. They do tasks that are rewarded, and they avoid necessary tasks that are not rewarded. Intrinsic motivation falls as does satisfaction and engagement. The result is a perverse decline in innovation, extraordinary contributions and productivity.

In a competitive environment, chickens will naturally kill each other!

Perhaps we humans can derive a lesson in productivity from the animal world. Caged chickens tend to compete and establish a pecking order. William Muir, Ph.D. demonstrated the effect of competition in chicken populations:

Muir previously proved that animals living in groups and bred to be more passive sustain fewer injuries and are more productive than animals bred naturally. For instance, chickens bred to be less aggressive don’t engage in as much pecking, which often causes severe injury and even death. The energy that animals used for negative behavior or to avoid such activities is then transferred to production.[1]

As social animals, we are subject to the destructive behavior of competition.  Without careful construction, performance pay schemes can foster competition that creates an injurious corporate pecking order.

“Pay for Performance” also has its champions for reasons other than efficacy. Christian business commentators evaluate performance pay through Scripture and conclude it is a biblical mandate.  The notion is that Christians must pay people based on output.

It could be argued that Christians run secular businesses, and thus, performance pay would not be a biblical mandate. Christian business leaders would be free to consider a more productive reward structure.

Christians like me consider our business activities to be informed by our faith. For Christian business leaders to employ “Pay for Performance” for biblical reasons, but effectively promote employee productivity, our challenge is to develop a workable form of performance pay. To do so, I suggest we look at another biblical imperative, found in Philippians 2:3-4:

“Do nothing from selfish ambition or conceit, but in humility regard others as better than yourselves. 4 Let each of you look not to your own interests, but to the interests of others.”[2]

If and only if we are able to remove self-ambition from pay and promote a staff that looks first to the interests of others can we pay for performance. The social cohesion of the team is the primary objective.

The Philippians passage describes a faith community with a high level of social cohesion. It was a community that demonstrated humility and empathy. Caesarea Philippi was a typical Roman city; i.e., highly stratified and socially competitive. In sharp contrast, the Christian community lacked individual stars and a competitive dynamic. Its members shared a deep social connectedness.

Do our businesses mimic Caesarea Philippi or the faith community? How do we maintain and increase social connectedness in our corporate culture? Can we achieve high social cohesion and offer performance incentives?

In her TED talk, Margaret Hefferman describes the cost of the competitive pecking order found in many organizations. In her view, social connectedness trumps competition and superstars every time.

Like the Philippian faith community, social connectedness leads to a successful church and a successful company. If performance pay does not enhance social connectedness, the result is a group of competitive chickens pecking each other to death for the greatest personal gain. Yes, a few superstars may emerge, along with many injured, demoralized, and underutilized employee assets. If a team of engaged, connected, socially sensitive people beat a few competitive superstars, shouldn’t we reward a team that looks like the Philippi church? What will you reward?

Timothy Holmes is a management consultant and executive coach. He is Chair of C12 Group, East Valley Chapter, in Greater Phoenix. A finance professional, his past roles include managed futures fund manager, chief investment officer, and commodity trading company partner. He also is an experienced Christian minister, chaplain, and teacher. His specialties are Christian ethics, Scripture study, and marketplace ministry.