Why Republicans are Probably Doomed in November 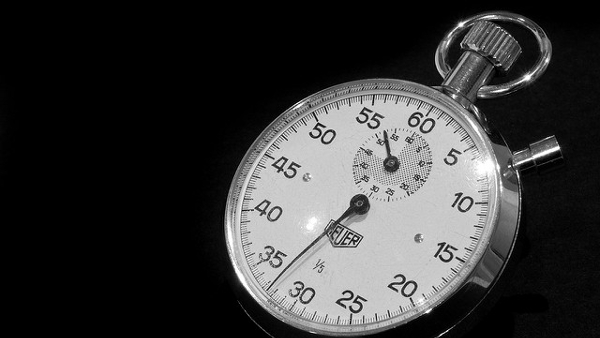 The Republican party is headed to a brokered convention. After losing Wisconsin by a 13-point margin to Ted Cruz, Donald Trump now has to win about 60% of the remaining delegates; and that looks pretty unlikely, as in the past two weeks Trump has alienated everyone in the party who doesn’t already support him even more. This is the point in the nomination when a front-runner should be consolidating and uniting, not strengthening the resolve of their detractors. That’s not say that it’s impossible for Trump to win the 1,237 delegates required to be the nominee, but according to PredictIt, the largest American political betting market, there’s a 74% chance he falls short. 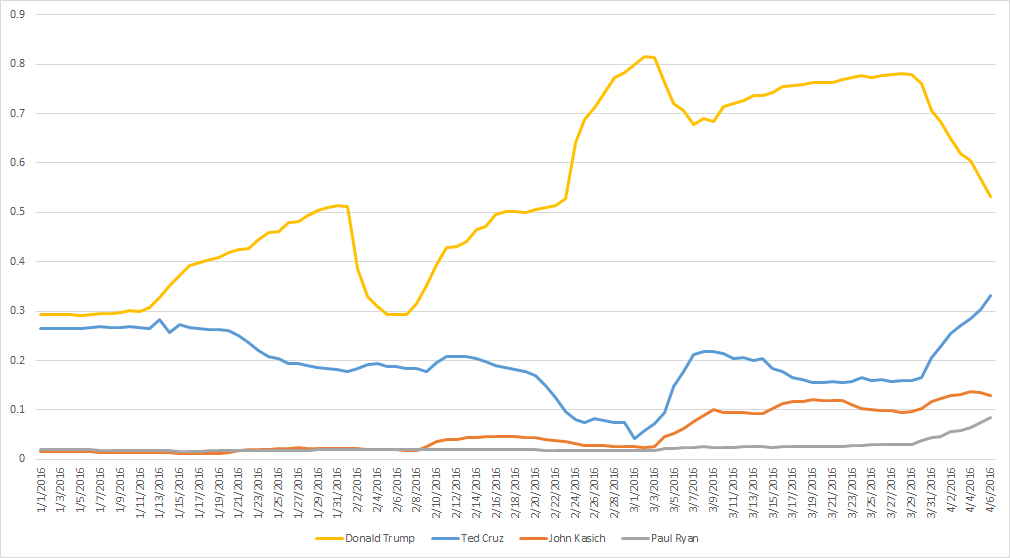 Trump is now the lowest he’s been in our average since February, and Cruz is higher than he’s ever been. At the same time, we’re seeing Paul Ryan’s odds approach John Kasich’s, despite Ryan repeatedly saying he would not accept the Republican nomination were it offered him. Through all of this, the chances of any Republican winning in November have plummeted. 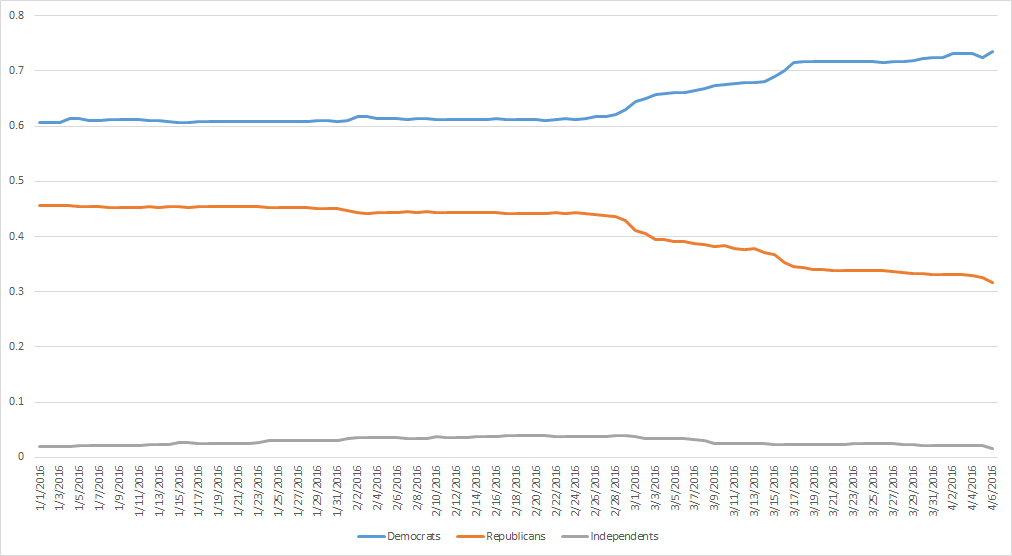 The bettors are now putting the odds of any Republican becoming President this cycle at just above 30%. It’s hard to see a scenario in which a Republican beats Clinton at this stage, despite her relatively weak candidacy.

Imagine Donald Trump gets an outright majority of the delegates and becomes the nominee without a convention fight. He would enter a general election campaign with the highest net unfavorable of any Presidential candidate in modern political history. The consensus of both political analysts and Republican party leaders is that the party must improve its standing in the Hispanic population to win the Presidency. In fact, the “post-mortem” report the RNC wrote after the 2012 election recommended the adoption of a specific policy – comprehensive immigration reform – to achieve this. Trump currently has an unfavorable rating of 82% among Hispanics. He has an unfavorable rating of over 70% among women. Even in his core constituency, white men, Trump has an unfavorable rating of over 50%. Trump looks like a very weak general election candidate at this point. And that’s not even taking into account the very real possibility of mainstream Republicans running a third party candidate against Trump in the general to prevent a down-ballot collapse.

Ted Cruz would probably fair better than Trump, but he’s not a strong contender either. He’s just as hawkish on immigration as Trump is, he’s more conservative on abortion, (Cruz is opposed to exceptions in the case of rape and incest, and Trump supports them) which will hurt him among women. He’s exciting to many conservatives, but it won’t be hard to paint him as a far-right religious extremist in the general. Cruz might also have to contend with a third party Trump, which would make an outright victory almost impossible.

The candidate who would be most formidable in a general election is probably Paul Ryan. He’s conservative enough to encourage turnout from the conservative base of the party, but he’s closer to the establishment on the most important issue for Republicans in the general: immigration. He supports a pathway to citizenship after securing the border. Ryan would do better among Hispanics and other swing voters than either Trump or Cruz. The problem is that there will be a perception, regardless of whether or not it’s fair, that the nomination was stolen from Trump or Cruz, the people chosen by the voters. Ryan would then have to deal with potentially very large groups of Cruz and Trump voters who become so disillusioned with the leadership they leave the party altogether. And it’s hard to see how Ryan wins in a situation when perhaps a third of the Republican party decides to just stay home on Election Day.

Now, of course, a lot can happen between now and November. There could be a major terrorist attack, or a financial crisis resulting in a recession, or Clinton could get indicted, or Sanders could somehow clinch the nomination – or run as an independent against Clinton. All of these things would be hugely beneficial to the Republican candidate, but none of them are likely enough to depend on.

No matter how you look at it, any Republican who gets nominated is looking at a huge uphill battle.