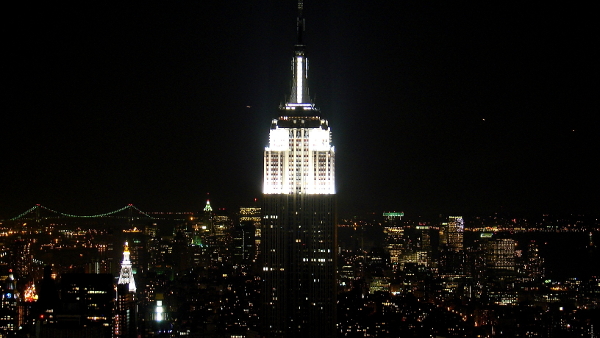 Trump and Clinton’s victories in New York are not surprising, nor do they represent a significant shift in the campaign. What they have demonstrated is that we are now in the stage of the campaign where most voters have already decided who they support. As a result, “momentum” no longer has a significant impact on vote share. The basic concept behind momentum is that a strong win in one state can produce favorable media coverage which then leads to an out-performance of polls in the next state. The principle being that undecided voters like to get behind winners, or whoever they see more of. Momentum had some impact earlier in the primaries, we’re now at the point where it appears that everyone’s mind is made up on which candidate they support. Polling has become more reliable as the percentage of voters that are undecided has shrunk. Both Ted Cruz and Bernie Sanders had a lot of “momentum” heading into New York, and they both underperformed their polling average.

On the surface, that seems better for Clinton and Trump. And it certainly is for Clinton. If nothing else, her massive win in New York effectively killed the Sanders campaign. Despite having outspent her 2-to-1 in ad-buys and having volunteers make over 3 million calls to potential voters, Sanders lost by 15%. Sanders has to win 88% of the remaining delegates to be the nominee. He’ll likely continue to run until at least the end of the month, but his chances of actually winning are in the single digits. Clinton doesn’t need to be expanding her appeal to win the nomination.

Trump, on the other hand, does. And his staff and advisors have finally convinced him of it. In his victory speech Tuesday night, he gloated slightly less than usual and didn’t insult anyone. He called Cruz “Senator Cruz,” not “Lyin’ Ted,” and Kasich “Governor Kasich.” It was probably the tamest post-vote speech of his since Iowa. In the two weeks preceding New York, there were no significant Trump controversies to speak of. The biggest news story surrounding him last week was an internal shake-up that reduced the role of his campaign manager, Corey Lewandowski. Trump has realized that he needs to be less controversial to unite the party, and changed his rhetoric as a result. The problem is, it’s probably too late.

In the same way that momentum is no longer relevant because of the ever-diminishing number of undecided voters, it’s constantly becoming harder for Trump to win over the people that don’t like him. Cruz’ shift in rhetoric, which I outlined in a column last week, has gone mostly unnoticed, but the changes in the image he’s presented are actually significant. Cruz has been forward looking the entire campaign – with exception to his “New York values” comment. Whenever he’s made controversial or hard-line statements, he’s always left enough ambiguity for him to reverse his statements without actually reversing them.

Trump, however, has not. His constant media attention, while certainly beneficial in the past, has effectively split the party into two camps: pro-Trump and anti-Trump. The pro-Trump camp represents 35-40% of the party as a whole. In order for Trump to secure the nomination early enough for him to unite the party, or to avoid a contested convention, he needs to change the opinion of a substantial portion of the anti-Trump vote. But he has not shown any signs that he can. His past statements have been too inflammatory for him to wiggle his way out of them. He wants to ban all Muslims from entering the country. There’s no ambiguity there, and no way for him to convince the rest of the party or the country that he doesn’t hold that position.

Trump is still the most likely candidate to win the nomination. There’s no disagreement there. But he has alienated so much of the rest of the party that if he does end up winning the nomination, he’s going to be running against Clinton with a significant portion of Republican electorate totally opposed to him.