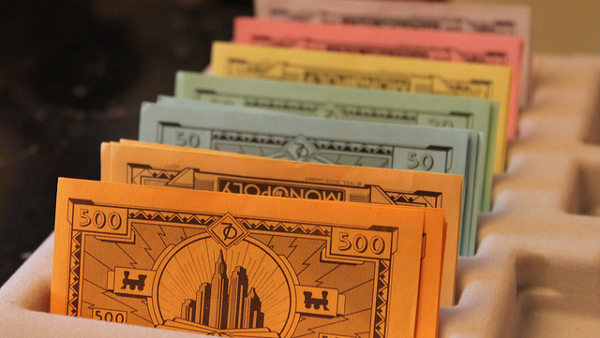 For a long time, China has had the dubious honor of being famous for its ability to produce “knock-off” branded goods for sale. Many Chinese businesses also have been caught for their shady accounting practices and tricks that many businesses relied on to increase valuation for unsuspecting investors or partners. Explosive growth of e-tailers like Taobao (淘宝) and JD.com (京东), along with these two infamous schemes, created a perfect storm.

Just over 40% of goods that Chinese people buy online are counterfeits, said China’s State Administration for Industry and Commerce (SAIC) report. The findings, released in early 2015, accused Alibaba’s Taobao to be the worst among e-tailers — 63% of its goods being fakes. To be fair, with seven million Taobao-listed sellers, Alibaba’s battle against knock-offs may never be over despite its technology improvements and human capital investment for inspection. Given the traditional close relationship that Alibaba has enjoyed with the Chinese government, it is not surprising that SAIC conducted the study in July 2014 but delayed publishing it so as not to damage Alibaba’s US IPO preparations at that time. Furthermore, SAIC removed the report later from public access and did not release any follow-up study or data from 2015.

Compared to counterfeit goods, “brushing orders” (刷单), is a relatively new occurrence as Taobao gets bigger. Essentially, it is an organized, illegal and outsourced process designed to boost customer ratings, star ratings, and product reviews for Taobao vendors. The organizers of these activities, “brushers,” give the appearance of hot items or trust-worthy status for any vendors that hire them. The process is explained in an illustration from a recent WSJ article.

A quick search of “TaoBao Brushing order” (淘宝刷单) on Baidu.com yields 3.98 million results. Most are touting brushing orders as stable part-time income opportunities and are recruiting people into various brushing groups. Despite Alibaba’s ongoing effort to deploy smart software tools, making penalties stiffer, and having tougher audits, it is still very much a ‘Cat-And-Mouse Game.’

The overall numbers are staggering. The 2011 e-commerce market revenue for China was 4.8 trillion Yuan or 741 billion US Dollars. (To put this into perspective, it is only slightly less than Saudi Arabia’s GDP by 5 billion USD.) There is currently no way to determine how much of this e-commerce revenue is generated by brushers and by counterfeit goods. These two issues become thorns in Jack Ma’s side and impact investor confidence. In late 2015, Gucci, Veneta, Yves Saint Laurent, and other luxury brands sued Alibaba for promoting the sale of counterfeit goods. Ma also announced a new strategy of going after counterfeiters and brushers everywhere – not just on Taobao, but also ones operating on rival platforms like WeChat and JD.com. Issues of trustworthiness and integrity affects offline manufacturing or online platform businesses alike; Alibaba is a prime example and paying the price for systemic “shortcut” culture that is prevalent in China.  One can only hope this will be the year this Goliath company will finally turn a corner on this fight.