Why Does America Keep Choosing Failures? 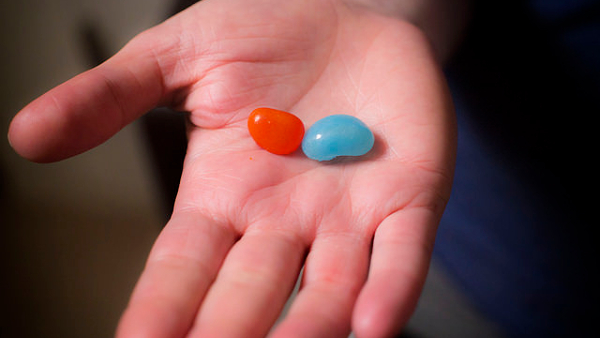 By all accounts, Hillary Clinton has led a charmed life. She graduated from Yale Law School, married a Rhodes Scholar who became a governor and a US President, and herself became a US Senator and the Secretary of State. By all accounts, Donald Trump has led a charmed life. His father Fred Trump, a wealthy New York real estate developer, died in 1999 with an estimated net worth of over $250 million. Donald graduated from the Wharton school in 1968 with his own net worth of $200,000 (equivalent to over $1 million in 2015 dollars.) Not too many college graduates enter the workforce with such a start. The Clintons have an estimated net worth of over $100 million while Donald Trump estimates his net worth at $10 billion. It is clear that New York values have their own reward.

It is also true that both Secretary Clinton and Mr. Trump have significant moral failures that involve others. Mrs. Clinton turned $1,000 into almost $100,000 in the 1970’s through a series of commodity trades that she learned how to do “through reading the Wall Street Journal.” Her dubious and well-documented fundraising efforts for the Clinton Foundation was chronicled in the book Clinton Cash. CNN has documented more than $150 million in speaking fees that Bill and Hillary Clinton earned since 2001. Mrs. Clinton failed in her efforts at HillaryCare in the 1990’s and was instrumental in leading the response against more than 12 women who alleged sexual misconduct by Bill Clinton during his marriage to Hillary. She has eluded the hand of justice in both her Benghazi and email scandals. She also has had no material accomplishments over 12 years as a US Senator or as Secretary of State. Over eight years in the US Senate, she cosponsored 363 legislative bills, only three of which became law.[1]

Donald Trump has had his share of failures as well. His foray into professional football (New Jersey Generals) went bust as did his multiple casino bankruptcies. His efforts in airlines (Trump Airlines) in education (Trump University), in mortgage banking (Trump Mortgage), and in board games (Trump: The Game) all ended in abysmal failure. He is also on his third marriage after committing infidelities in his first two. Trump likes to compare his marriage failures to Ronald Reagan’s divorce but fails to mention that Jane Wyman initiated the divorce against Reagan and was herself divorced four times before she died. Mr. Trump acknowledged in an interview with pollster Frank Luntz that he has never asked God for forgiveness, an essential act for every Christian. Despite these many moral and performance failures, both Clinton and Trump are wealthy, powerful, and one of them is likely to be the next President of the United States.

Donald Trump is no Ronald Reagan and the American people have substantially changed since 1980.This is clear to any discerning observer of the principles, the temperament, and the track record of Donald Trump and to any informed observer of American values. Similarly, the elitist indifference to accountability, truth, honest accomplishment, and integrity by Mrs. Clinton dooms her campaign to empty rhetoric, empty results, and empty character. These two candidate failures reflect badly upon the American voter and suggest a smaller America in stature. We will get the president we deserve.

The president that conservatives want is dedicated to defending the US Constitution and the Bill of Rights, dedicated to the free market enterprise system that has made us the envy of the world, dedicated to upholding the Judeo-Christian heritage of America, dedicated to American exceptionalism, and dedicated to the flourishing of the American people. The president we are going to get is a cheap imitation of the past. Whether it is Clinton or Trump, we will be getting a president who reflects the moral relativism, the secularism, and the narcissism of 2016 America.

We only have ourselves to blame for this choice between failures.

Brad Hughes is a Fellow at the Centennial Institute, a conservative think tank at Colorado Christian University. He is also on the Board of Directors at the TABOR Foundation, a citizen’s group to protect taxpayer’s bill of rights, and at Global Justice, an educational effort to teach and promote biblical justice. He holds five degrees and was Director of Strategy at a Fortune 200 company.