Data Says Trump Will Lose Presidency and Senate Too 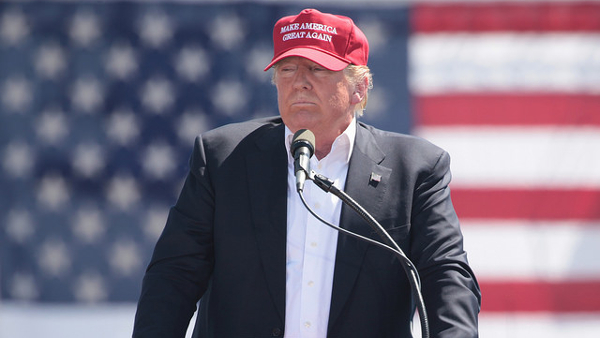 The media attention has, understandably, been focused almost entirely on the Presidential race. Relatively little attention has been paid to what impact Donald Trump’s nomination will have on Republican’s chances of retaining the Senate and House majorities. According to the Iowa Electronic Markets, a US-based political futures market, Trump’s candidacy has put both houses of Congress in danger of returning to the Democrats.

Republican control of the Senate has been precarious since it was achieved in 2014. At the start of this cycle, political futures markets put the chances of the Democrats taking back the majority in the Senate at just over 50%. Today, that same outcome is just over 70%. 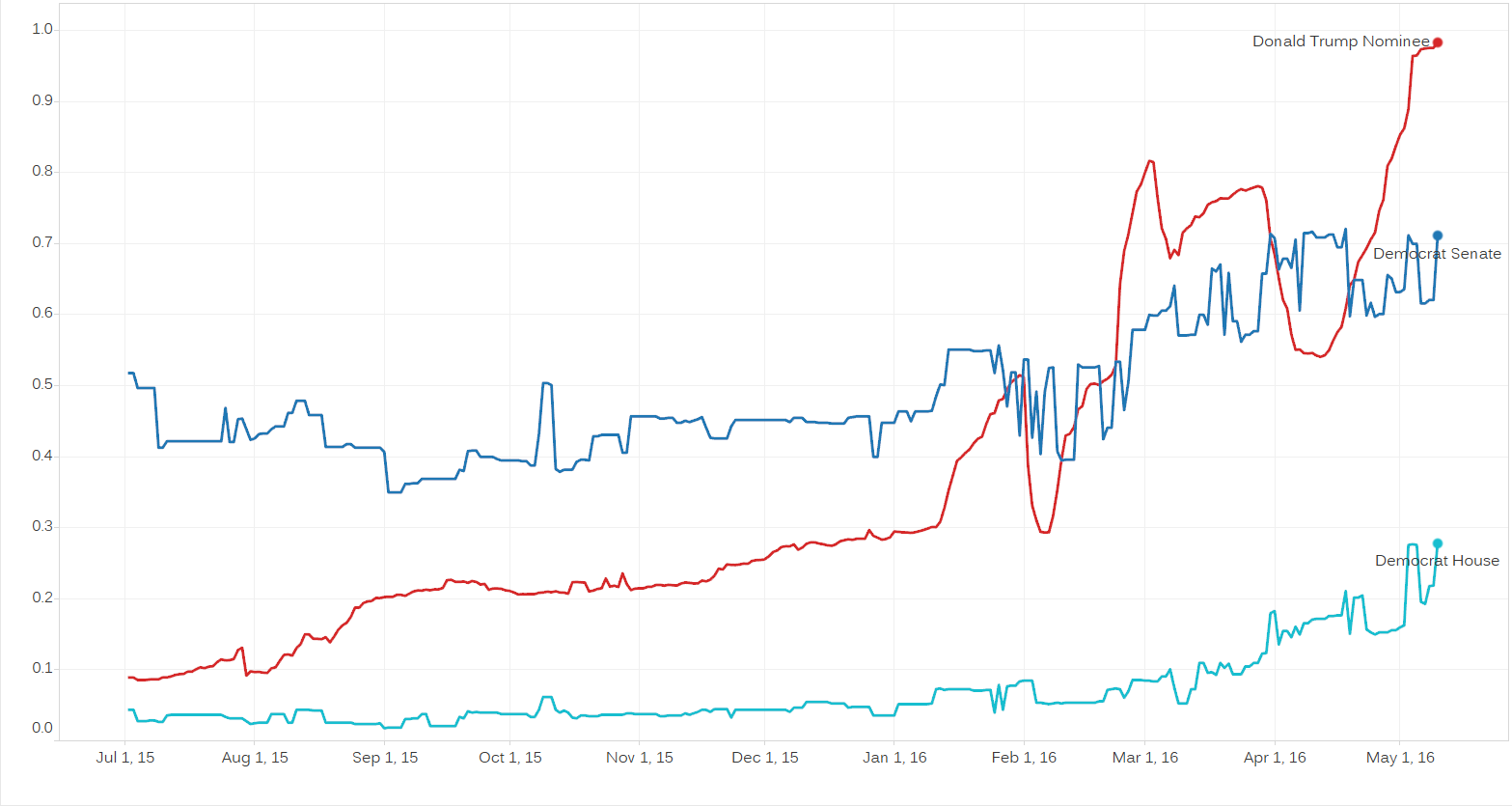 The light-blue line is the probability of a Democrat controlled house. It was about 5% in July of 2015, when Donald Trump announced his candidacy. That number went up as the probability of Trump being the nominee went up. Today, the Democrats stand a non-marginal 30% chance of taking back the House.

We’re now at the point where most Trump supporters feel as though the GOP has betrayed them by constantly trying to undermine Trump, and most non-Trump supporters feel that, to paraphrase Paul Ryan, the standard-bearer of the party does not bear their standards. Consequent that, the Republican party is now in a much weaker position at all levels of government than it was at this time last year.

The most probable outcome of the November election now is Hillary Clinton as President, with a Democratic majority in the Senate and a slimmer Republican majority in the House. That means that Clinton will likely be able to nominate whichever Supreme Court Justice she likes.