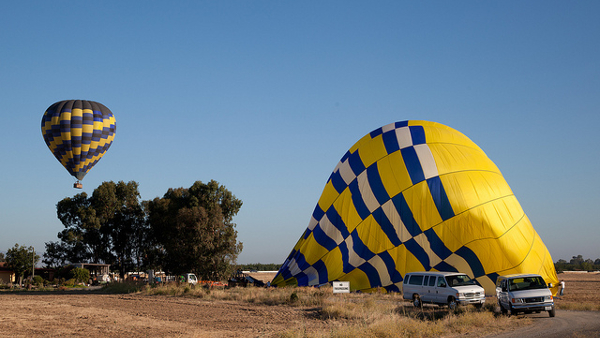 All my life I have heard the classical economic explanation that high debt and deficits lead to inflation. This spectre of inflation caused by debt was so concerned Freidrich von Hayek that he was inspired to write The Road to Serfdom. It has been a staple of conservative economists for decades, championed especially by Milton Friedman. Over the past ten years in conversations with known economists and financial advisers, I am assured that inflation is “out there,” somewhere, probably close to Marvel’s “Inhumans” movie that never seems to get produced.

Yet the last 15 years seem to disprove the connection as profoundly as the 1970s disproved the Phillips Curve. We have had astounding—actually, unbelievable debt levels. Deficits have not stopped since the 1970s, and have spiked under Barack Obama. Yet where is the inflation? Yes, some food items have seen price increases, most notably those involving commodities such as coffee and cocoa. Outside of food though, where is the inflation?

Housing prices have been stagnant since the crash eight years ago. Sure, there are pockets of housing bubbles, usually in the D.C. suburbs or in swankier parts of California. But in middle America, you can plan on taking a 30% bath in the sale of your home if you bought before the crash.

Wages? Yahoo News yesterday ran an article saying that Donald Trump’s rise was predicted easily by a single number (of course, no one bothered to actually look at it). That number is household income, which has shrunk by 4% from 2000 to 2016. Not noted in the article was the fact that from 2000 to 2016, the economy under George Bush and Barrack Obama added 13 million jobs. But the population of the United States increased by 40 million during that same period, meaning that to equal the astounding job creation of the Reagan years, the Bush/Obama years would have had to produce at least 31 million net new jobs.

So average households are losing money badly, and the likelihood of the average American finding a job (let alone a good paying job) have shrunk even faster.

If wages haven’t increased, what about other traditional measures of inflation? Gold prices have gone from $279 an ounce in 2000 to $1290 today. But goldbugs predicted we would be seeing $5000 an ounce for gold with the levels of debt we currently have. Oil? At $45 a barrel, is barely above the $37 a barrel in 2000. With our current debt levels, we should be paying $12 a gallon to gas up our ‘69 Camaro SS throwbacks.

One can see the collapse in industries such as movies, where just 15 years ago, studios could expect to make reasonable profits on non-hits. But the productivity increases of home-editing, sound, and video systems has made union-wage jobs much scarcer. The going line is that “any kid with a camera” can make an Academy Award winning film. Not long ago my little film company discussed making concert videos for a Grammy-winning music star. His manager told us that they are receiving, free, top-quality videos to use in concert from fans. You can’t compete with free.

Whether wages, housing, commodities, “canaries-in-the-coal-mine” indicators like gold and oil, one is very hard pressed to find any serious level of inflation anywhere, let alone the Weimar Republic-level of hyperinflation that America’s current debt and deficits should create. It just hasn’t happened.

Well, some experts say, it hasn’t happened “yet.” Inflation will occur when the Fed monetizes the debt. Wait… didn’t that occur with QE1… and QE2… and God knows how much other QE-ing has occurred?

Perhaps the standard thinking about inflation is wrong because the theory as it is being applied is wrong.

What if in fact we are in a massive, worldwide deflation because our capability to measure value dissolved in the computer revolution. It held for a while, but has collapsed in the last 10 years. Consider, for example, the cell phone. Traditional measures of judging the value, thus price, of an improved product would be to compare it to the productivity and/or value of the product it replaces. For example, one could measure the value added of kerosene over whale oil because they were both used essentially for the same thing—interior illumination. But the computer revolution has changed everything by several orders of magnitude.

This has not been done in any kind of comprehensive way, let alone in a macroeconomic theory that really explains how stupifyingly incredible the productivity growth of the last 20 years really has been. What if, despite the massive debt and quantitative easing, we still haven’t caught up with productivity increases?

What do Millennials have to do with this? Well, they haven’t helped. The Millennial mind-set, formed in the Napster era, that music should be free because it can be stolen, has permeated that generation’s entire buying and consumption habits. They don’t save to buy homes, and many don’t drive. As Bernie Sanders’ popularity demonstrates, they think college should be free. They pilfer videos before the films are even finished in their first run at theaters.

But far from being “anti-consumption,” the Millennials are the ultimate in disposable-ness, with no attachment to property, goods, or location. Who needs a car when you have Uber? Who needs a computer station when you have the cloud and an iPhone? Who needs to buy music or video when you can download (i.e., steal) it?

This, of course, accelerates the international deflationary trends. And, of course, at some point it stops when people en masse say, “Stop. My time, my labor, and my talent is worth something and I will get paid!” Otherwise, there won’t be just one Atlas shrugging—there will be an entire world of Atlases.