The Republican Establishment Dug Its Own Grave 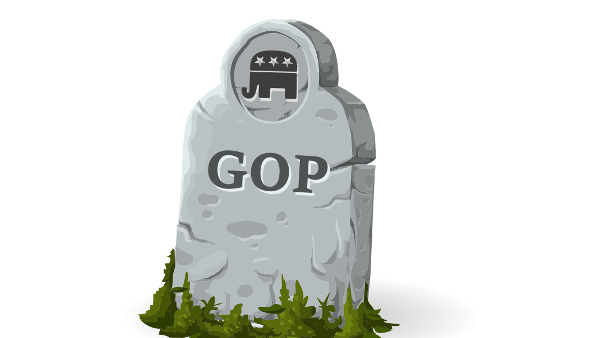 Last night, Donald Trump became the presumptive nominee of the Republican Party for President. Today, John Kasich dropped out at the one point in the race where his presence was actually bad for Trump. “NeverTrump” conservatives are already talking about voting for Clinton in November. The question is, could this have been avoided?

With Ted Cruz as the primary opposition to Trump, the answer to the first question is “no.” The combination of Cruz and Kasich was uniquely ill-suited to stopping Trump later in the primary cycle.

Early in this election cycle, the establishment made the mistake of backing candidates such as Jeb Bush, Kasich, and Chris Christie. Somehow, the donors and elder politicians who run the party insisted on endorsing and donating to candidates who would not be accepted by the base. When these candidates eventually failed, it was too late for the party to ensure the nomination of a compromise candidate like Rubio. He was out at that point, and so the party was left with Cruz as the only viable person not named Trump.

Cruz became the establishment pick to stop Trump because he had “momentum” at the time when Trump being nominated seemed to become more likely by the day. The problem for Cruz is that his best days were already behind him when the establishment jumped ship from Rubio to him.

The GOP primary schedule was front-loaded with Southern states, closed primaries, and caucuses, which were all beneficial for Cruz. The Cruz campaign strategy from the beginning was to do well enough in the Southern states that his momentum could carry him to victory in the later, more moderate states.

John Kasich’s strategy for over a month now has been to hope the delegates at the convention pick him based on his performance in hypothetical head-to-head polling with Clinton. Kasich’s problem was pretty straight-forward: he’s an uncharismatic, establishment insider in 2016. It’s been obvious for months, to anyone not working for the Kasich campaign, that this isn’t the year for boring, pedestrian politicians.

As for Cruz, his “win the South and use that momentum to win later moderate states” strategy was heavily disrupted by Trump, who ended up being a more effective Southern and North-Eastern contender than Cruz and Kasich, respectively.

To stop Trump from being the nominee would have required for the party to unify around a candidate who was capable of contesting the moderate states with Trump, while also being conservative enough to not get knocked out early. Somebody in the vein of Marco Rubio, Carly Fiorina, or even Rand Paul.

Whether it was ignorance or arrogance, the party leaders made a grave mistake that has resulted in a Trump nomination. Had they backed somebody like Rubio from the beginning, they would not have been stuck with a hard-line conservative unappealing to moderates in the North East as the sole serious opposition to Trump.