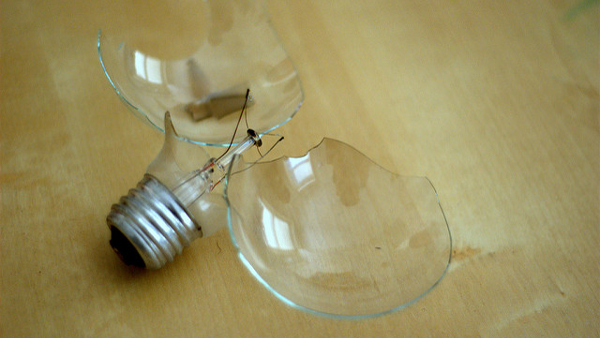 While our current world is plagued by multiple fallacious ideas, there are three prominent ones that have fueled our furious descent into irrationality and confusion.

First, Sigmund Freud’s idea that sex is the main causative behind all human action & personality development, has resulted in social policy experiments that have brought human tragedy to the world on a scale previously unknown. Because Freud’s idea that repressed sexuality results in ‘unhealthy’ & ‘deformed’ personality characteristics, our governors have reversed century-old proven-to-work policies in favor of new experimental policies that have rewarded irresponsible behavior while diminishing the benefits of responsible action. By making divorce facile, millions of children have been scarred for life, husbands and wives are emotionally crippled and, spouses are taught that their covenant is worthless and that their immediate selfish desire is paramount. By making single parenthood less painful, many children are ‘un’ or, under-cared for, oftentimes conceived for monetary benefit and fatherhood demeaned as Uncle Sam becomes the provider.  Because of the idea that ‘sex is paramount’, we see the worst documented epidemic of venereal disease in history but, not to worry, people are just expressing themselves and living a life of ‘freedom’. The social carnage from Freud’s’ ideas is incalculable but, our elite still continue down the same tired road to ruin, now bringing sexual freedom & equality to homosexuals, as they hope for the end of marriage, only the most permanent, most virtuous institution ever established on earth. As our governors continue to apply Freud’s theories of personality to the broader social milieu, will it result in cultural suicide just as it did in Freuds’ personal life?

Second, Karl Marx’s’ idea of class struggle has resulted in the largest slaughter of humans on a mass scale in history. Marx, impatient with the speed of God’s redemptive process, set out to force an acceleration in Mans raising himself by his own bootstraps. It doesn’t matter that, when put into effect and tried, socialist/communistic regimes have murdered more people than all the other types of government in recorded history put together. This is because Marxs’ idea is but a thinly disguised rationale for the elites to hold power for the sake of power, because they can. Inside the socialist/communist mind, it is justified to shed the blood of tens of millions of innocent people in order to achieve their idea of utopia on earth. We now know, even if many close their eyes to the truth, that the socialist experiment not only didn’t work but, it was the bloodiest experiment in human history.  But, this doesn’t seem to matter to the likes of Bernie Sanders & Hillary Clinton who are now fixated on fixing God’s mistake when he set up reality so that the industrious succeeded and the lazy failed. Having drunk the socialist Kool-Aid, they believe that “income inequality”, that old socialist bug-a-boo, needs to be ‘fixed’. Ignorant of history or, worse, ignoring it, they would disincentive those motivated with the work-ethic and incentivize the lackadaisical. This must be because God goofed when he engineered reality so that the hard-working, forward-looking, gratification-delaying individuals ended up with usually being rewarded for their efforts, while the lazy & immediate-gratification oriented people usually ended up, ultimately, hungry & going without.  But, don’t worry; the great levelers will solve this problem for us. Whenever they have gained power, the Marxists have implemented policies that prove that their imaginary theory (which they hold not by any scientific basis but, rather strictly on faith) of inevitable social evolutionary ascent is wrong as they spend the social capital built-up by previous non-Marxist regimes and send society spiraling downwards into chaos & mayhem.

Lastly, Charles Darwin’s idea that all life originated with a single ancestor and then mutated through endless time to result in… man, has resulted in millions of children being brought up to think they are mere animals and, then we are stunned when they act like it. We now know that evolution through random mutations is impossible (for starters, just about every random mutation is harmful just as any change to your computer is harmful, because both living systems and computers are finely tuned intricate systems, mess with them and they don’t work right.  In the computer world these hick-ups are known as bugs, not mutations.) Instead, we now know that biological systems are trillions of times more complex than we ever imagined. Cells are created so that they can transposition DNA as needed in response to environmental factors, they can cooperate with other cells in response to changes in their environment, they can even exchange DNA with each other, they can switch their own DNA on & off as needed. So, yes, living organisms can ‘evolve’ almost instantaneously in response to environmental pressure but, no one has EVER found any evidence of historical trans-species evolution or, observed it in action. Instead, life is incredibly intelligent beyond our wildest dreams, using an operating system that we can’t even understand. Of course, Darwin had no clue about DNA so his theory was a good guess for what was known at the time but, to keep repeating it when it has no scientific basis is a bit duplicitous, don’t you think? By-the-by, if living systems have this extreme intelligence built into them, which they do, and if it didn’t come from a greater intelligence, then it is the only example of an intelligent system in the universe that self-created itself out of non-intelligence. No one has ever posited a possible theory of how that is possible – a refutation of the second law of thermodynamics that is fantastical in its implications.

When will we be rid of these three false, outdated and, ravaging plagues?