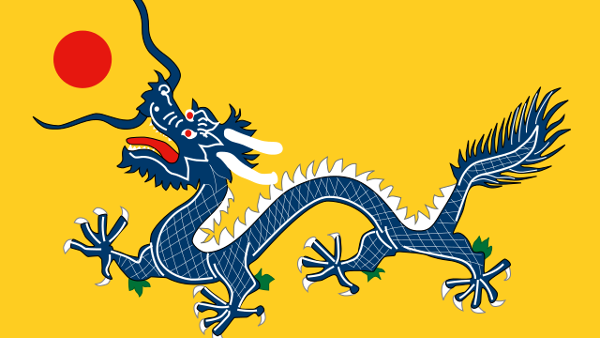 The recent news of dangerous Chinese interception of U.S. aircraft over international waters in the South China Sea embodies the very realpolitik that has characterized the Han masters for centuries. This isn’t behavior that contemporary internationalists throughout the Obama administration anticipate, nor understand, but it is of a piece within an arc that has long pedigree throughout Chinese history.

Chinese self-understanding is primarily shaped by geography. Being permanently cut off from the outside world from its eastern seaboard, the Han masters traditionally sought refuge in northeastern latitudes like Peking. This gave them quick access to northwestern juts permitting Beijing’s leadership time to gauge mounting opposition from interior sources throughout the northern steppe, the historical source of China’s vulnerability. Today, the Han masters in Beijing spend far more on internal repression and ‘security’ than all military expenditures combined. The source aggravating Beijing’s leadership is the social, political impact of weak western demand coupled to abortive indigenous efforts at reform. While its economy soared, vast migrations of unemployed males moved out from its vulnerable interior, moving eastward toward major cities that serviced Beijing’s commanding heights. That is now permanently over, as is any pretense of economic reform. The middle-income trap that characterizes many stalled political economies throughout the world may unhinge the ‘middle kingdom’ given its myriad social, ethnic trajectories.  Although the west conceives of progress outside ethnic fault lines, Chinese leadership never quite embraced any political or moral premise of egalitarian thought. All of this was sundered in growth, now it threatens the very center of political hegemony itself.

What will characterize future Chinese belligerence?

Because history and geography underwrite the theoretical pillars of international affairs, U.S. policy makers need to anticipate that Chinese leadership remains visually archaic, continually seeking validation through application of historical cannons of thought; China rarely positions its vision as forward moving. Its vision of itself and its achievements always seek the rear.

The voluntary acknowledgement of the cultural superiority of the Han is demonstrated in China’s bilateral relations with neighbors.  Whether it is Vietnam or the Philippines, Chinese leadership seek public acclamation or voluntary subjugation. Historically, the record of comity among nations throughout littoral Asia is extremely mixed. Finally, China remains unwilling and unable to transcend its own history. This explains the need for deception.

The strategic lore of an invincible Han is rooted in the ‘Warring States’ period. A chaotic, anarchic period of Chinese political transition and consolidation whose scale of destruction is similar to Germany’s Gotterdammerung, only the pattern of deception and opportunism became tied to a political ethos of expediency that continues today.

China’s vulnerabilities are chiefly political.  Its unwillingness to capitalize on U.S. benevolence during this trying period may permanently damage China’s ability to manage a soft landing. China’s only hope is that it embrace the moral heritage outlined by Tocqueville. Don’t hold your breath.