Sanders Was Never Going to be the Democratic Nominee 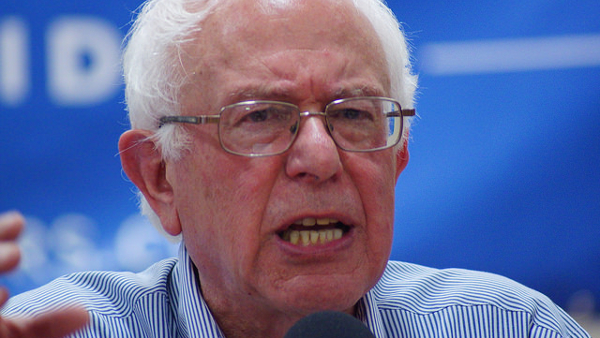 Monday night, Hillary Clinton anti-climatically became the presumptive nominee for the Democratic party. This should surprise absolutely no one. Despite the near-constant attempts by the media to pretend the Democratic primary was close, Bernie Sanders never really had a chance – nor, for that matter, did Martin O’Malley, Jim Webb, Lincoln Chaffee, and Lawrence Lessig, the other Democratic candidates that everyone forgot about the minute they were off screen. The reasons for the media overstating the competitiveness of the primary are obvious. Like voter turnout, network news viewership is higher if a primary looks like it’s actually close. CNN and MSNBC wanted people to think Sanders had a chance. As did Fox News, as they could consistently play up the threat of a self-described socialist taking over the largest American political party.

The reality of the situation was that, even after pandering to the Democratic party’s core constituencies as much as humanly possible, he was still unable to compete outside of predominantly white, extremely liberal states. And this was reflected in the political betting markets. 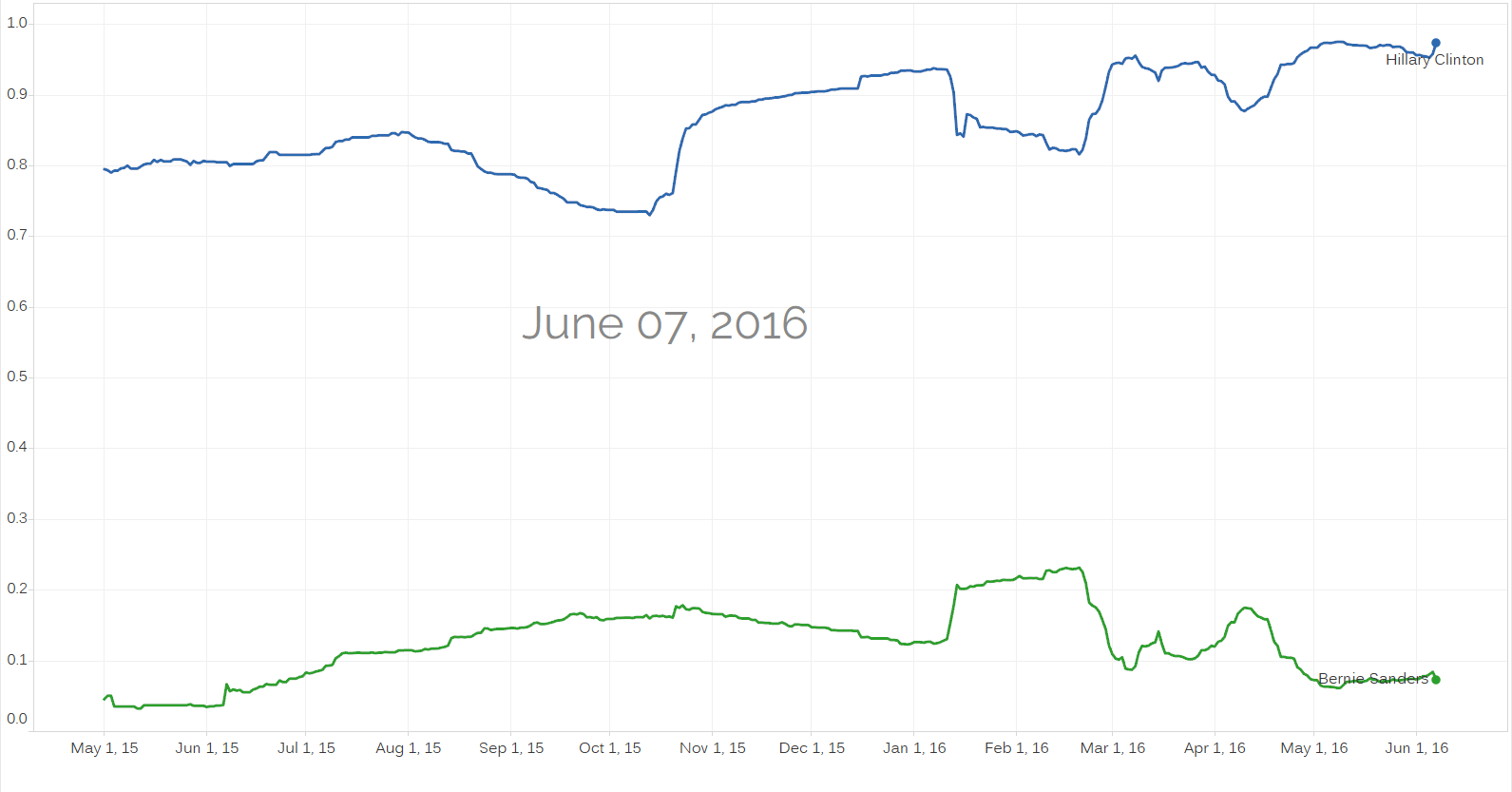 Sanders’ odds, at their highest, were below 25%. This was following Clinton’s poor performance in the New Hampshire primary and the then-increasing odds of an indictment. At no point in the last year has she been below 70% in our average. Currently, she sits at just below 100%, which also means the implied probability of her being indicted before the Democratic convention is about 1-2%. Despite her massive dominance in the betting markets for the entirety of the primaries, pundits and anchors continued to pretend there was an actual contest. The media decided at some point it would be beneficial for 2016 to be the “Year of the Outsider,” when the populist, anti-establishment sentiment has only gained significant traction on the Republican side.

Perhaps the Democrats are heading for their own Tea Party-esque, grassroots, anti-establishment political “revolution” like the one that’s been happening to the Republican Party since the last days of the Bush administration, but that’s not what’s happened this year.

If there’s anything to learn from the Democratic campaign, it’s that the media will stretch the truth and manipulate data to an unreasonable degree in order to keep people watching. After the two party conventions, when the two most unpopular nominees in US political history are competing with each other, keep in mind that the primary goal of Fox, CNN, and MSNBC is to keep people watching, and they will gladly make up whatever they want about the general election to ensure high viewership.