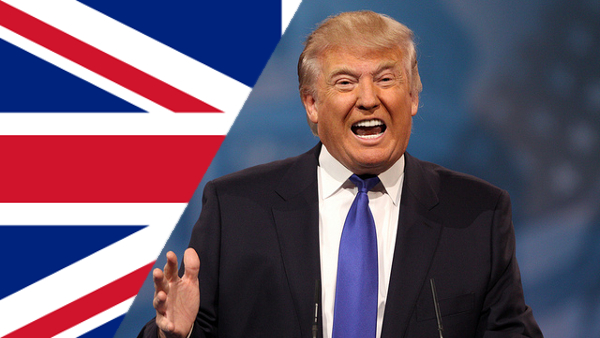 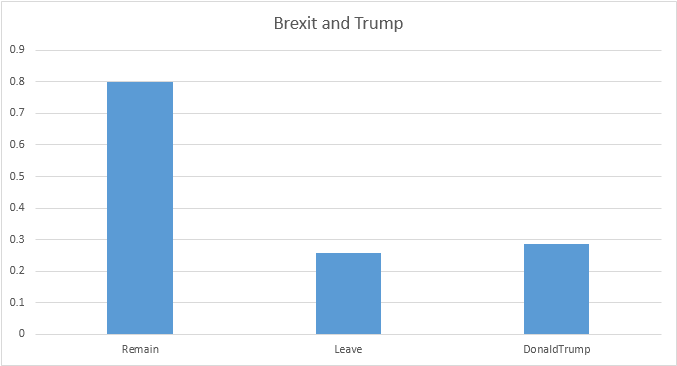 This chart shows that, as of Monday morning, the much-feared or much-lauded, depending on who you talk to, “right wing populist revolt” that has given birth to the candidacy of Donald Trump and created the need for a referendum on EU membership is not likely to have mainstream success.

The two phenomena are closely related. They both represent a rebellion of sorts of the white middle class against the predominant policies and opinions of the establishment, elites, and various public intellectuals. The critical unifying factor is opposition to immigration. There are credible, effective arguments being made by proponents of Brexit about how being in the EU is detrimental to the UK’s ability to trade freely, and has burdened them with over regulation. But the most popular and effective argument for Brexit has always been about immigration.

Under EU law, anyone with a European passport is entitled to move anywhere else in Europe. The UK has no legal right under EU law to control its own borders. This is the primary argument in favor of Brexit, which is why it’s been dismissed by elites as nothing more than an expression of racism.

Trump’s success was also largely a result of his stance on immigration. He got media attention and support from the anti-immigrant wing of the Republican Party early by taking a hard-line approach to the issue, and blowing the dog-whistle regarding Mexican “rapists and criminals.” Ultimately, the anti-immigrant sentiment in the Republican Party is the single biggest reason Trump is the presumptive nominee.

There are also key differences between the Brexit and Trump trends. The most prominent of these is on trade. In both countries, there is an overwhelming consensus among economists and the political establishment that free trade is good for the economy. The arguments regarding Brexit and trade are based around whether or not it will be easier to trade freely in or outside the EU, not about whether trade is good. In contrast, Trump is very obviously a protectionist, despite his constant assertion that he’s a free trader. In his Clinton-critical speech on Wednesday, he repeatedly stated that the president needs to “protect” the economy in trade.

While the two political patterns are ultimately an expression of the same underlying problems, they are not equally valid responses. The motivations to support Brexit for the majority of Euro-skeptics are the same as those supporting Trump, but the solutions are different. Brexit is a return to the classical liberal principles of the self-determination of peoples, freedom of markets, and representative democracy. These are decidedly non-authoritarian, admittedly with a dash of national pride. Trump’s solutions are more authoritarian, statist, ethno-centric, and nationalist. Trump’s candidacy could be seen as an evolution of the same spirit that gave Ron Paul success in 2012, which was also more or less a reactionary, anti-establishment insurrection by working class whites, mostly men, who were deeply skeptical of “globalism” and military interventionism.

The differences between these different right-wing populist movements tells you that they’re fundamentally not based on principles for the majority of their proponents. In each of these cases, there are groups of people that have principled reasons for the support, but the majority of their support is a result of right-wing reactionaries, which explains how somebody such as Matt Drudge from The Drudge Report can go from supporting die-hard libertarian Paul one election, to supporting statist authoritarian Trump the next. Or how somebody like me can be an enthusiastic supporter of Brexit while also being very critical of Trump.

As the betting markets show, neither Trump becoming president, nor Britain leaving the EU are likely events. The right-wing revolt is not appealing to most of Western society right now. But when Clinton is inaugurated President, the 40% of the country that votes for Trump is not going to cease to exist. And the United Kingdom Independence Party will not stop their crusade against Brussels.

These various movements, from Trump in the US, to Sweden’s conservative/libertarian/anti-immigrant “Swedish Democrat” party, to the Euro-skeptic, right-wing populist Law and Justice Party in Poland, to the Brexiters in the UK, will not cease to exist after losing elections. For better or for worse, they will continue to influence politics and define what being “right-wing” means.