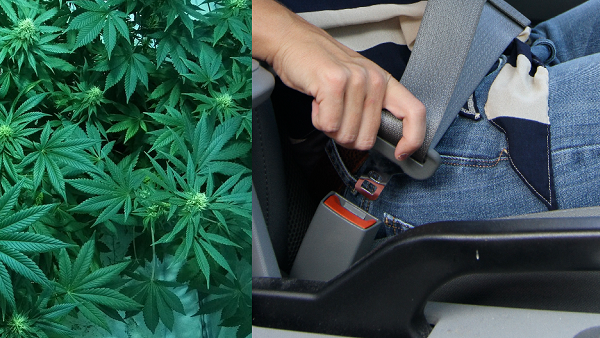 Alexis de Tocqueville once said that the limits placed on the central power in the new world are different from the limits placed on national power in the old world. In the New World, the national government has jurisdiction in certain specific areas. It is prohibited by law and custom from transgressing the boundaries of its jurisdiction. In that sense its power is severely limited. But within those boundaries it is sovereign and almost completely beyond challenge. If something such as war or taxing power is deemed a ‘federal matter,’ challenges to that power, for example the Whiskey Rebellion, were historically rare and suppressed mercilessly when they did occur.

On the other hand, Tocqueville says, the Old World functioned quite differently. The monarchs tended to be in constant conflict with other political powers regarding proper jurisdiction. The crown and the aristocracy and the colonies and provinces were engaged in an eternal game of tug of war, with each citing their own interpretation of law and custom to attempt to limit the jurisdiction of the others. Tocqueville observed that the limits to the powers of the central government in that case were largely imposed by the practical limits of enforcement. If a province was too well armed, then they went unmolested. If the aristocracy had the armies to resist, then they resisted. If colonies were too far away or protected by seasonal factors, then they had greater liberty. The monarch could only rule what he had the power to take and to keep, whereas America at the time that Democracy In America was being written tended to respect federal authority even where federales were few and far between.

It seems to be that as the United States federal government and the Presidency in particular have gradually morphed into something more like a European monarchy, our attitude towards its sovereignty has shifted. Certainly no state or province or faction of the ruling class would dare to challenge the military might of the United States in a single act of open revolt. But as time goes on we challenge it in small acts of secret revolt. Violation, for example, of our draconian system of immigration laws has become quite common. How many appointees to the federal bench or to the office of Attorney General must be caught in nannygate scandals involving child care payments to illegal aliens made under the table before we get the fact that our governing class, even that part which is directly pledged to enforce the law, routinely ignore this law?

We recently had a Treasury secretary who cheated on his taxes. But he is not the only one. There are probably more people who buy goods and services via the internet and catalogues who don’t pay sales taxes than people who do. We’ve been rehabbing our 134-year-old home for several years now, and I can tell you, some subcontractors expect to be paid in cash under the table. We follow speed limits when we think they are being enforced only. Dads let their teenaged kids drink beer. People cross the state line to buy fireworks, or any good when the sales tax is lower. People on unemployment compensation stretch it out so they can work on their eBay business.

Retirees buy discount drugs from Canada. Families share prescription antibiotics with other family members for whom they have not been prescribed. A man with cancer smokes marijuana even though he doesn’t live in a medical marijuana state. When we are driving at night and we come to a T in the road with a stop sign and there is no one else around, we slow down and roll through the stop sign. We eschew seatbelt laws when we take short safe jaunts up the block. We let our kids do a little practice driving in the parking lot before they get their learners permit.

We don’t recycle every time they tell us to. We top off the gas tank even though they tell us not to. If they announce they are going to illegalize normal light bulbs, we buy more–not fewer–of them to stock up. If we think that gasoline will kill the poison ivy better than some biodegradable eco-approved watered down stuff, we use the gas. Even though certain states had anti-sodomy statutes on the books up until a handful of years ago, gay people had sex in their homes all the time, and did not give a thought to the ordinances.

Businesses split in half so as to be qualified for small business exemptions from federal regulation. Farmers look the other way when they hire day laborers who clearly are not citizens. Federal regulators write their regulations, and financiers change their form of organization in unforeseen ways to avoid the regulations, even ones they pushed for.

George Soros delists his hedge fund to avoid rules his beneficiaries wrote. Businesses treat many regulations as cost of business and just pay the fine rather than incur extreme costs. Factories and labs create commonsense workarounds to arbitrary OSHA regulations.

And most people have absolutely no moral compunction about any of these violations of either the spirit or letter of the law, because deep down they no longer believe that the law, especially the tax code, represents any compelling moral principle, nor do its dictates any longer seem to be fair. They don’t think their home state has earned taxes on the Amazon purchases or that it deserves any share of the mutually beneficial exchange between you and your dry wall guy.

I bet you can think of a few dozen more examples, and increasingly we’re all in business and in personal life thinking of more and more ways to game a system which we have less and less faith in.

It’s not civil disobedience that I’m talking about. It’s the opposite: Civil disobedience is meant to be noticed. It is a price paid in the hope of creating social change. What I’m talking about is not based on hope; in fact, it has given up much hope on social change. It thinks the government is a colossal amoeba twitching mindlessly in response to tiny pinpricks of pain from an endless army of micro-brained interest groups. The point is not to teach the amoeba nor to guide it, but simply to stay away from the lethal stupidity of its pseudopods.

The amoeba does not get smarter but it does get hungrier and bigger. On the other hand, we get smarter. More and more of our life takes place outside of the amoeba’s reach: in the privacy of our own homes, in capital accounts in other nations, or in the fastest growing amoeba avoidance zone ever created, cyberspace. We revolt decision by decision, transaction by transaction, because we believe deep down that most of what government tells us to do is, at bottom, illegitimate.