Our Beloved Country is in Trouble 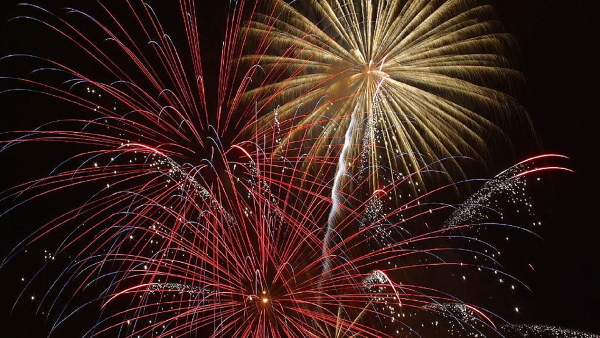 On this 240th anniversary of our declaration of independence our beloved country is, alas, in trouble and badly in need of reform. At the heart of our woes is what has always been at the heart of our woes whenever we have had woes — infidelity to our Nation’s founding principles. Those principles include our formal constitutional commitments as well as the moral and cultural norms, practices, and understandings those commitments presuppose for their intelligibility and force and without which they cannot endure. The promise of America remains great, but in many crucial areas things have gone badly. If America is to fulfill her promise then things must be turned around. It will not be easy, nor can it be accomplished without sacrifice; but it can be done.

We must renew our national commitment to limited government and the rule of law. This includes restoration of the constitutional separation of powers and recovery of the principle of federalism. Indeed, more broadly we must demand respect for the principle of subsidiarity for the sake not only of individual liberty (though that is certainly very important) but also the flourishing of vitally important institutions of civil society, beginning with the family and religious and other private associations that (a) crucially assist the family in forming decent and honorable citizens—people who are fitted out morally for the burdens and responsibilities of freedom; and (b) play indispensable roles in the areas of health, education, and welfare, including the provision of social services and financial assistance to those in need.

We must also restore to its rightful place in the constitutional system the democratic element of our republican system by reversing the outrageous usurpations of legislative authority regularly and indeed routinely committed by the executive and judicial departments. Such reform will, substantively, enable us to make critically needed gains in the direction of restoring in law and culture even more fundamental principles, beginning with the sanctity of human life in all stages and conditions; marriage as conjugal union of husband and wife; and respect for religious freedom and the rights of conscience. Social liberalism is riding high, especially after eight years of extremely aggressive promotion by a president who is willing to stretch and even breach the limits executive power at every possible turn to institutionalize his socially liberal values and weave them into the fabric of our law and public institutions (including the military), but what he and the courts have done can be undone. It is a matter of political will—the willingness to “pay and price and bear any burden” to accomplish what is needed in the cause of moral-cultural renewal.

Economic reform must also be given its due in an overall agenda of reform. Corporate welfare and crony capitalism (of the sort that, for example, creates regulatory barriers preventing upstarts from competing with large established firms that can more easily absorb compliance costs) are blights on the honor of our nation. Moreover, there is a problem of plutocracy that the left derides while frequently taking advantage of and the right denies or ignores, supposing that the cultural and political power of super big business is just the free market doing its thing. The Trump, and to some extent, the Sanders phenomena are driven to a considerable extent by legitimate economic grievances. Economic inequality is not in itself something unjust. And any truly effective effort to eliminate it would give us tyranny in no time flat. But justice does require that we maintain fair terms of competition and cultivate conditions for large scale upward social mobility. A sound system will be one in which upstart firms can compete fairly with the big dogs and hard work, initiative, and the willingness to take investment risks are rewarded.

In the area of national security, where many of our most urgent and frightening challenges lie, a renewed sense of American exceptionalism–one that would be massively advanced by moral reform and re-dedication to constitutional principles–would serve us well. American exceptionalism is often misunderstood. It is not a claim that we, as Americans, are superior people. Rather, it is a claim that the principles of our founding are unique and valuable principles. It is an affirmation that the American people are not bound together as a nation by blood or soil but rather by a shared commitment to a moral-political creed: “We hold these truths to be self-evident, that all men are created equal, that they are endowed by their Creator with certain unalienable rights, and among these are life liberty and the pursuit of happiness.”

This creed is what has rallied Americans in the past to the defense of our country. It can once again strengthen us to stand up to the evil doers that threaten us, and it can inspire us to make the sacrifices that—make no mistake—will have to be made if we are to defeat them. The evil doers have confidence that they will prevail over us, despite our overwhelming military power, because they believe in something and we believe in nothing, because they are spiritually and morally rigorous and we are soft and self-indulgent, because they are willing to fight and die and we are not. Our survival against them depends entirely on whether these beliefs about us are true or false. Whether they are true or false is entirely up to us.