CNN, If You Don’t like Trump’s Plagiarism, Then Time To Fire Fareed 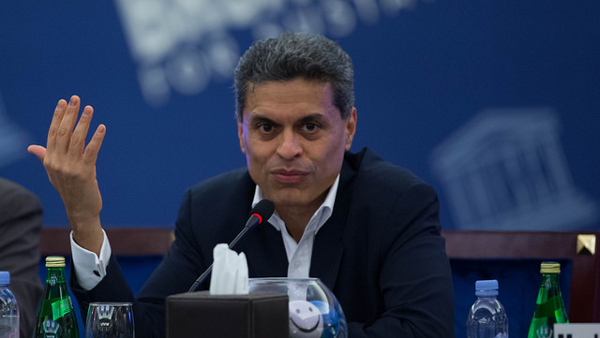 There’s an element of hypocrisy in CNN’s over-coverage of the Melania Trump plagiarism “scandal.” The wall-to-wall coverage of a relatively minor mistake by Melania and the Trump campaign might recall to memory a non-minor plagiarism scandal surrounding Fareed Zakaria from a few years ago.

Fareed was suspended – for one week – by CNN for plagiarism in 2012. Fareed admitted that sections of a column of his on gun control had been taken from a column written by someone else in the New Yorker.

He said he “made a terrible mistake” and had a “serious lapse in judgement.” Again, this was back in 2012. In the interim, about a dozen of his columns on The Washington Post, Slate, and Newsweek have been corrected with editors notes that, in diplomatic language, state that parts of the articles were lifted from other sources without citation. Two journalists who operate a blog of sorts about ethics in media have compiled 24 instances of episodes of his show, GPS, that contained “content that had been lifted without proper attribution or sourcing.”

The article, written in 2014 concludes by stating:

“This latest installment shows the consistent, widespread practice of plagiarism by Fareed Zakaria extends to television. Rather than being an isolated mixup or lapse that happened a couple of years ago, Zakaria has unapologetically continued to appropriate others’ work to this day.”

So, despite admitting to a terrible mistake and serious lapse in judgment, Fareed appears to be routinely taking material from other places and pretending it’s his own.

CNN has taken no further action publicly against Fareed for what appears to be habitual acts of plagiarism committed after he was temporarily suspended for plagiarism. While CNN lays into Melania for reading a speech that contained lines taken from another speech by a speechwriter, they’re employing Fareed Zakaria.

Yes, Trump’s campaign made a mistake. But it’s a mistake that deserves a couple hours’ attention at most. The fact that CNN has spent the better part of two days talking about this, while they employ someone who has done far worse than take a few generic phrases from an inherently similar type of speech, seems to me to be shockingly hypocritical.