Cruz Speech Was a Leadership Failure – For Everyone 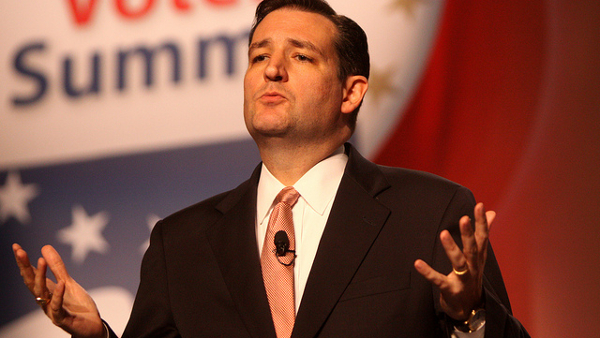 Thoughts on the Cruz thing. I seem to be the only man in America who is not on either of the poles (Cruz was Mel Gibson in Braveheart vs. Cruz was Robert the Bruce in Braveheart:

1. Jesus was right when he said in the Sermon on the Mount that you should not foreswear yourself. Cruz should not have promised to support the nominee. That’s why you haven’t seen me sign up for that ‪#‎nevertrump blood oath. Why decide now when there are three agonizingly slow months of additional data coming?

2. Trump would not, in my opinion, have kept that pledge. He made it, then later hedged it.

3. Trump went waaaay beyond the line with the attacks on Cruz’s wife and father.

4. Yeah, that’s why you’re supposed to be really careful about making promises to unscrupulous people.

5. What Cruz did was one of the bravest things I’ve ever seen from a politician (yeah, I know, that’s kind of a low bar). All the people who give no credit for that, I want to ask you, have you ever given an unpopular speech to a large, hostile audience? If not, have a little respect for the huevos.

6. Trump approved the speech; not just the idea of it, but the actual text.

7. That booing was ugly. It looked awful and it was awful. Cruz appealed to conscience and freedom. It made the GOP look like another safe space North Korea that just can’t bear to hear dissent.

8. Bottom line, I don’t think Cruz should have done it, but anyone who thinks that he is the only one who made a big mistake, and that his was the biggest mistake in this affair, is fooling themselves. The whole party flirted with political suicide in that debacle.