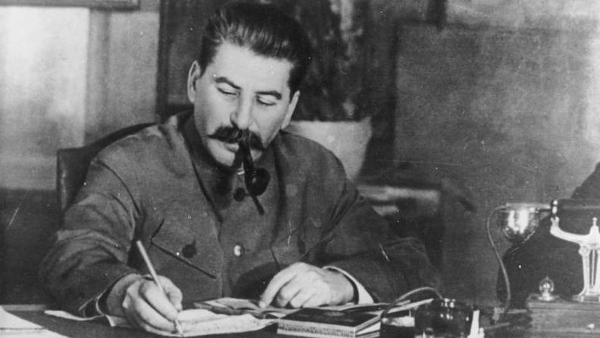 Throughout history man has consistently shown himself beholden to his treasured preconceived ideas. One’s world view is so solidly a part of one’s thinking that it is only the rarest individual who can traverse uncharted cerebral territory without benefit of its guiding light.

Take Kepler as an example. He would not consider the Copernican hypothesis as being realistic if it did not confirm to the Bible. His world view was that of a strong Christian. Consequently, he begins his Mysterium Cosmographicum saying, “In this discussion of nature we must, from the outset, take care not say anything that is contrary to Holy Scripture.” This apology for the Copernican heliocentric theory spent much time reconciling seemingly geocentric passages of Scripture with the new thesis.

But this defense wasn’t adequate to save Galileo from subsequent condemnation by the establishment (the Church) which prohibited him from teaching the doctrine in any manner whatsoever. Poor Galileo was forced to recant his scientific theory and died under house arrest. The Latin inquisitors systematically carried out their function of guarding the gates of contemporary thought, not allowing any religiously-incorrect idea to enter the public domain.

Today we find that not much has changed. People still cling to their unexamined ideas with a tenacity that sometimes is stunning.

Take my physician neighbor, for instance. She meticulously places her cardboard, glass and paper in a separate container every week at the curb. Every article is washed clean (wouldn’t want to contaminate the elements, would we?). The value of the time she has spent cleansing, carefully cutting and folding and removing of labels will never, ever come to be realized in the value of the small amount of items she recycles.

But, I swear, this is an act of ablution for some recyclers. The reverence they show to their packaging materials is oftentimes so church-like that one would think they were worshiping. It is as if by performing the recycling ritual, atonement is made for pollution.

There was a recent report of people lined up in their cars on Saturday mornings to drop their precious plastic and paper off at a recycling center with their cars running the whole time. Of course, they all contributed a net negative to their venerated Mother Earth.

And, while everyone professes to be for recycling and believes landfills are bad, no one can ever tell me why. It is just their belief and, they act like I’m crazy for asking… don’t you know? Everyone knows! [1]

So, the beat goes on, people are still the same, mostly stuck like glue to whatever the correct thoughts of the day happen to be.

And of course the establishment continues to behave the same way it always has as well. Only now it isn’t the Church but the state which controls speech and tries to control thoughts as well. Instead of the religiously incorrect ideas being fenced out of the public square, it is now the politically incorrect themes that are not allowed exposure.

Joseph P. Tartaro has directly compared the media’s reaction to scientific studies showing no inverse correlation between gun control laws and crime to the Church’s reaction to Galileo’s work,

“Given the opportunity, many journalists of print & electronic genre would like to see science & scholars who disprove their superstitions burned at the stake. In many cases, they have excommunicated such thoughts & thinkers from the news church by exorcising them from their pages & broadcasts.”

But the really big field for the power elite to cling to their preconceived notions and enforce conformity from their underlings is global warming (formerly known as the Coming Ice Age in the late 1900s and now being morphed into Climate Change by the media gatekeepers).

Holman Jenkins, Jr. recently pointed out that the U.S. government’s published temperature data for 1880 through 2010 has been tinkered with 16 times in the last three years, always resulting in more warming.

“In 2012, we realized that the data offered by NASA was not the same as that offered in 2010. In 2012 there was twice as much warming in the sample we examined compared with just two years prior. This is not a one-off… Until then measurements were sacrosanct. Can you call it fraud or falsification?”

In Britain, judges have proposed making it illegal to utter any statement denying global warming.  And, in the U.S., according to a recent survey by Rasmussen, 27% of Democrats favor prosecuting climate skeptics!

Well, don’t hold your breath because 16 Democratic state attorney generals have announced a joint program to prosecute “climate change deniers” to the “fullest extent of the law.”
Their thesis is that since people who question global warming are committing fraud, they have forfeited their First Amendment rights!

How do you explain humanity’s’ ever-persistent insistence on eliminating the unwanted evidence rather than adjusting their mental paradigm to accept the facts? It is as if there exists some sort of conceptual inertia in the human mind that keeps us from easily adjusting our thinking to new data. And this tendency is so strong that the powerful will muzzle, punish, and even kill those who disagree with them. It makes no difference if the power is held in the church or the state, as the politically powerful today want to punish those who disagree with them just as the religiously powerful did in the past. [2]

What are the takeaways? Well, for one, the powerful elites’ vision of a world government is obviously threatened by the scientists who are discovering errors in the accepted truth to the point where they believe draconian measures to quell dissent are necessary.

This is because global warming, er, excuse me, climate change transcends nationalities and if real, they can make the case that only world action would cure it. A global fear would necessitate a global solution.

The second take-away is, just as we snicker at the intolerance of the 16th century religious regime, in the future our successors will shake their heads in disbelief at the bigoted dogmatism of todays politically correct.

And, lastly, don’t you believe it for a minute, if you are told that man is better today than he was yesterday. Seems to me that man hasn’t changed much in the last two thousand years, he would still rather cling to his old hopelessly inadequate prototypes rather than adapt a new one that better fits the facts. And, if he has the power to crush those who think differently, he will still use it.

[1] Now don’t get me wrong – I love recycling, after all, I make my living from it!  My point isn’t against recycling, per se; it is the religious intonations it has taken on for some people.  It seems man has an internal inherent spiritual space and it will be filled with something, even if that something is spiritually primitive as it is with the recycling spiritualists.

[2] Going back a millennium and a half before Galileo, we find the chief priests in ancient Israel making plans to murder Lazarus after Jesus had raised him from death.  They couldn’t allow the facts staring them in the face to change their mind-set.  They would destroy the evidence before they would change their thinking & behavior.  John 12: 9-11