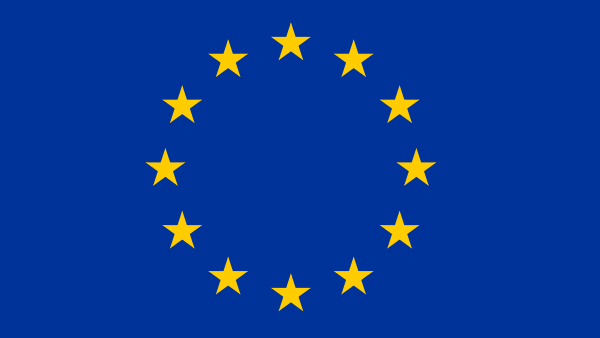 I take here as my topic the title of Keith Lowe’s provocative little book, The Savage Continent, by which he means Europe after WW II.

I suspect that if you ask any Westerner or any northern European where the savages live, he or she would reply “elsewhere,” or words that mean the same.

That answer, of course, is wrong.  They live here, as they have done for millennia.  The thugs and misbehaviors have called Europe home since before the vandals gave their name to misconduct and savagery on a grand scale.

For that reason, and many others, I have never understood Barack Obama’s europhilia, as if that continent were the locus of civilized conduct and political prudence.  Europe is home turf for the holocaust, for ethnic cleansing, and for nurturing centuries-old grudges into wars.

If the opportunity arises, stand in the beautiful walled city of Dubrovnik and trace the bullet holes from bullets that rained down upon the city and its inhabitants from the mountain top artillery batteries above.  Not all those rounds hit plaster and brick, of course.  Some hit babies, mothers, and pets.  What the Sthey and the allies did later to their enemies in revenge was neither more pretty nor more virtuous than the shelling of Dubrovnik.  I am not here taking sides.  To quote Shakespeare’s prince from Romeo and Juliet, “All are punished!  All are punished!”

Not every country can be or has been Switzerland, which has stayed out of war for over 500 years, and which raises statues in honor of generals, not who led the Swiss to grand triumphs in battle, but who made sure the Swiss did not go into wars at all.  Thus, while German-speaking, French-speaking, and Italian-speaking people were slaughtering each other OUTSIDE Switzerland, INSIDE Switzerland, they were getting along famously in the midst of the two world wars that were raging all around them.  The Swiss did not stay out of war all those centuries because they were bad fighters.  On the contrary, they were probably the best.  Lots of European princes hired Swiss mercenaries to fight their battles.   Those princes did so because they wanted to win — and that was how to win battles in the Middle Ages:  Hire Swiss mercenaries.  You’ll notice that even now the Papal guards are Swiss guards.  The Pope is no fool.  He picks the best.

The Swiss military is designed for defensive, not offensive, purposes.  The Swiss are not expansive.  They are not looking to annex Lichtenstein or Austria.  They are content to stay home and to protect what is theirs — family, friends, and fatherland.  The Swiss will fight relentlessly for them.  To echo the notorious M. T — “Pity the fool . . .”

I kid you not:  the Swiss have actually required new homes be built with a bomb shelter strong enough to withstand a nuclear blast just a few miles away.  The Swiss have massive underground and underwater bomb shelters into which the populations of entire nearby cities can descend in the event of nuclear war, shelters with hospital beds and facilities enough for thousands of people.

The Swiss don’t have an army; they are an army.  Historically, Switzerland arms its citizens with guns and ammo. shooting is the national sport.  One often sees teenage girls with rifles strapped across their backs taking a bus to the local firing range.  The swiss will remain free becuase they have the resolve to do so.  As an indication of that resolve.  A reporter said to a Swiss soldier.  You Swiss are only 250,000 strong.  What will you do if you are invaded by an army of 500,000?

The reply was brief and telling:  “Fire twice and go home.”

Even Hitler wasn’t fool enough to test the Swiss.  Nor was Mussolini.  Or Stalin.  Think of that:  Even Koba the dread, when he drew a line, drew his line outside, not inside, the Swiss border.

I am not here trying to conduct a Swiss praisefest.  I am simply saying that savagery and thuggery have deep roots in Europe, but not equally deep in all European places.  For whatever inane reason, BHO elects to honor and emulate those places that are least emulateable.  I do not know why he wishes to sink us into the quagmire and quicksand of European politics and its historically demonstrable incompetence.   I do not endorse his intention to punish friends like Great Britain, who wish to be free of that nonsense and to crawl out of the political and economic black hole of continental affairs.  I see no excuse for Obama’s europolatry or his addiction to apologizing to them when they ought to be apologizing to the world.  This will never do.  Obama does the same with tinhorn little Middle-eastern sheiks.  As a policy and a practice, it’s baffling, at best, destructive at worst.  You must determine never to follow it.  He doesn’t know what he’s doing.