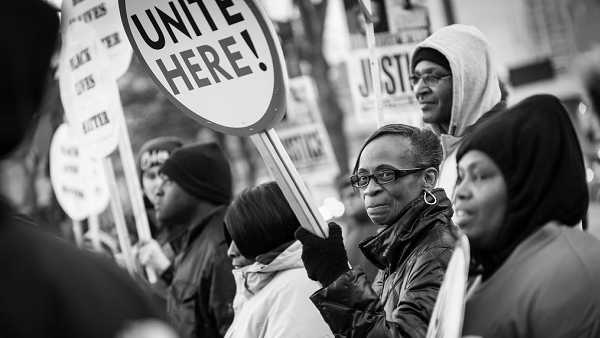 So, when the dust settles–meaning not talking about the latest tragedy–we see instances where the media jumped to convict cops who turned out to be acting reasonably. But we also see situations in which angry cops seem to be acting as one- or two-man execution squads.

My wife and I were watching some of the footage last week and it’s gut-wrenching to watch. I used to hold the standard talk radio position of ‘side with cops’, but then African-American friends like Bishop Joseph L. Garlington, Sr. and Rod Doss of the Pittsburgh Courier told me stories about being followed, pulled over for no reason, et cetera. My friend Bob Cranmer, who was on the Brentwood Council, took up the cause of Jonny Gammage, who drove through that town one night, was pulled over for no good reason, reached for his cell phone to call his lawyer and ended up suffocated to death under a crushing pile of police officers. I had a decision to make. Was I going to believe my brothers, or was I going to side with talk radio hosts and their long-distance observations? I chose to believe my brothers.

Later, cameras on cell phones started to show white people what black people already knew: That there were many (but not all) cops who were angry, abusive, power-hungry bullies.

Okay, so we see that now. What do we do with that knowledge? What CNN and Al Jazeera do with it, is to run footage of dead black suspects and grieving families and B-roll of cops walking free from courtrooms on a continuous loop. No countervailing footage of cops saving people’s lives, or at least not nearly as much or as part of a different story.

The left loves a narrative of police as occupation force; they always have.

The right loves of a narrative of a black underclass as barbarian invaders (which they label ‘the black community’) and gives hyper benefit of the doubt to police.

Satan loves both of those dueling narratives, because Satan loves half-truths. He loves strife. If inner city neighborhoods and the cops who work there both think of themselves as inherently in conflict with one another, cops will be more scared and more trigger happy; residents will be more resentful, less cooperative, more generally at odds with the police. A vicious cycle will result–no, scratch that–has resulted.

Thanks to my friend Pastor Clayton Walker for getting me started on this conversation this morning.

He says the violence will escalate. I think he is right. The system as it is functioning now will tend to lead to escalating violence. There will be more anti-police terrorism, then there will be more militarization of police forces, more firepower, more community pacification tactics, rather than community policing. Both sides will agree on one thing: They will both feel like police are an occupying force in a hostile environment.

There is only One Person who can stop it.