What’s Your Share of the $14 Trillion in Government Debt? 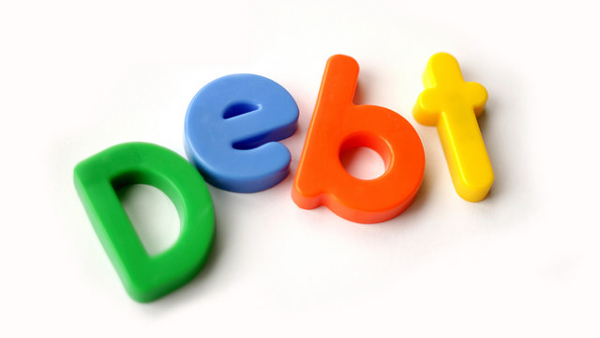 How much do you owe?

The April 14, 2016, Time magazine headlined an article titled, “The United States of Insolvency.” In the article, author James Grant notes the path to the United States’ nearly $14 trillion dollars of government debt.

Grant makes a simple point: America owes more than it can pay. “We spend too much and borrow too much,” he writes. “Worse, we promise too much.”

He further notes that debt as a percentage of GDP should be no more than 90 percent. Japan is at 227 percent and France is at 98.2 percent. The United States is inching up the scale to 73.6 percent.

It’s tomorrow’s trillions that are at the heart of the problem—whether it’s Social Security, Medicare, Medicaid, or Obamacare. We are incurring bills to be paid by future generations. “What awaits us and our children and their children is the unpaid tab of the future,” Grant writes.

I find it interesting. Few parents would knowingly harm their children. Similarly, few would harm their grandchildren, saddling them with burdens too heavy to carry. Yet that is precisely what we are doing. We are heading our country to a place of unmanageable debt, a place where our children and grandchildren will have to solve the problems of the past.

I wonder if that’s truly the kind of legacy we want to leave for future generations.