Should a Renewed “Conversation About Race” in the US Be Allowed to Touch on the Race-IQ Debate? 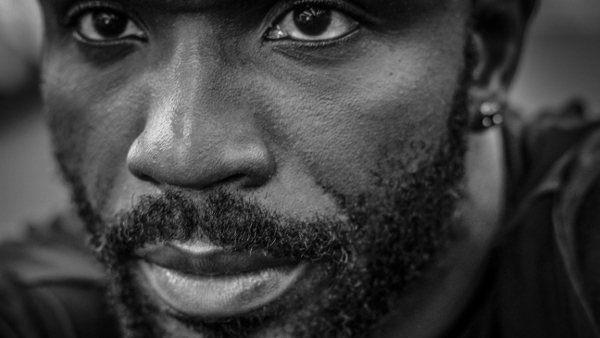 Donald Trump has recently been trying to talk about the social disadvantage of African Americans. He is, given his background and to say the least, far from an ideal vehicle to encourage a productive discourse on this issue. The fact that some white nationalists who traffic in racist rhetoric support him doesn’t help. One of these nationalists is Jared Taylor — notorious for his advocacy of the position that blacks are intellectually inferior to whites, and that this explains the poor socio-economic position of African Americans. Taylor supports Trump, of course…

As it happens, I ran into Jared Taylor at a Manhattan Institute event in DC some months ago. I was on a panel dealing with race and poverty; he was in the audience. True to form, he stood during the Q&A and asked me the “Bell Curve” question: doesn’t the genetic IQ gap account for black poverty? And, isn’t there a taboo on talking about this? (CSPAN recorded the event, but I can’t find the link now.)

With all the talk about “free speech” and political correctness now in the air, and with the problems of struggling black communities in America getting renewed attention, I think it is important to share publicly how I dealt with that question.

I responded to Jared Taylor directly, immediately and (I’m told) artfully, to the effect that:

1) There IS a racial gap in the US in measured IQ;
2) There IS strong evidence of the partial heritability of measured IQ;
3) There is weaker supportive, and much contradictory evidence that this racial gap is due to genetic inheritance;
4) There is overwhelming evidence that measured IQ is also powerfully influenced by environmental factors;
5) The clear burden of the evidence (Flynn effect, e.g.) supports the view that, over time, environmental effects on measured IQ in human populations (like those in the United States) are more than large enough to account for currently observed racial differences;
6) The evidence of IQ’s independent causal impact on relevant social outcomes (earnings; anti-social behavior; health and wellbeing, etc.) is not that strong, with environmental influences apparently more important;
7) While policy interventions intended to raise IQ directly have not been shown to be particularly effective, many other interventions (e.g., early childhood education; nurse home visitation; etc.) have been shown to produce beneficial results, and such beneficial effects are of a magnitude that swamps the observed IQ effect in accounting for racial differences in these relevant socio-economic outcomes…

In short, I concluded that what I presume to be Herrnstein’s psychometric chapters in TBC, though not beyond criticism, stood on firmer ground than did what I presumed to be Murray’s socio-economic policy chapters, but that the narrative — “blacks are inherently less intelligent so there’s no point in trying to narrow the racial income/wealth/employment gap through social policy” — is just plain wrong. (I didn’t call that narrative “racist” — but only because I didn’t want to distract attention from a reasoned engagement with the question based on evidence…)

I acknowledged to Taylor that this issue has been shrouded in PC taboos, and I agreed with him that this is an issue that should NOT be beyond debating in respectable policy-intellectual circles. I declared that the standard in such debates should be reason and evidence, and I insisted that I had absolutely no reluctance to meet him, and all other comers, on those terms…

Here’s my bottom line: this race-IQ debate, too, is a “conversation about race” that I am ready to engage in. As we used to say back on the mean streets of Chicago’s South Side where I was raised: “You know where to find me. I ain’t runnin’ and I ain’t hidin’.”

Indeed, I regard the popular alternative (avoiding and denouncing any such race-IQ discourse, attempting to preempt such discussion by labeling it as presumptively “racist”) to be a mistake for black folks and for the country: it just invites an underground, whispered discourse of innuendo, and racist contempt that is precisely what Jared Taylor and his ilk would welcome…