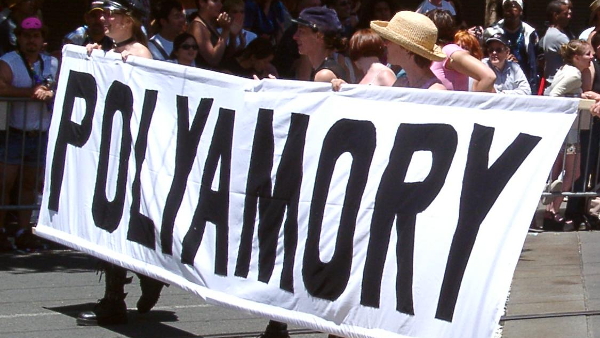 From my perch, I get a glimpse of what’s over the horizon. Recently I gave you a heads up about the concept of “dignitary harm.” That will be (and indeed, is already) the idea used to rationalize trampling the freedom of speech and other basic civil liberties of people who refuse to conform to the cherished dogmas of liberal secularist ideology. Now let me give you another heads up. People say: OK, “transgenderism” came immediately after “same sex marriage,” so what comes after “transgenderism”? That’s easy: It’s the mainstreaming of polyamory. That project is already well underway. But what comes after that? Here’s my heads up: Keep your ears open for these words “children’s sexual autonomy.” That will be the big movement, the big cause after the official recognition of sexual ensembles of three or more partners (throuples, etc.) as marriages or the equivalent is achieved. Again, remember the phrase: “children’s sexual autonomy.” That will be the concept invoked to justify lowering or eliminating age of consent laws and other “reforms” aimed at (further) sexualizing children.

You heard it here first.