Astrology Creates a Culture of Slavery 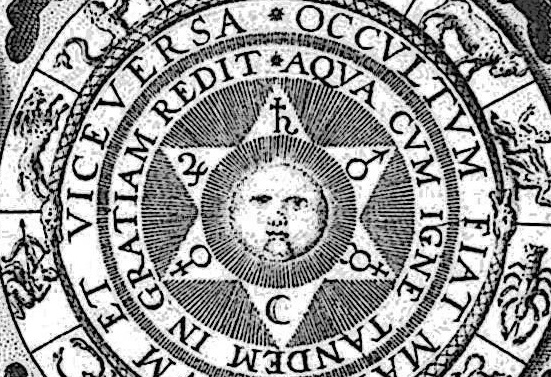 Or, maybe he knew from his horoscopes that the two crocodiles we did see, on the same side of the river, were a few miles upstream.

Am I being facetious? Not at all. If our stars determine our days, then surely a deer’s destiny must also be shaped by his horoscope. Indeed, many nouveau riche Indians pay astrologers to draw up their cars’ horoscopes. Driving is dangerous. To be responsible is to build one’s life on ‘solid rock’ — hopefully actual, not imaginary.

Ruth and I were in beautiful Hotel Pachira on the North-Eastern tip of Costa Rica/Nicaragua border, four kms from the Caribbean Sea. The only way to get there is by a long boat ride or a short, expensive plane ride. Costa Rica is more committed to eco-tourism than any other country here. So they interfere as little as possible with nature. (Yet, naturalists here do wear unnatural clothes. As the last Roman Catholic country in Latin America, at least officially, the nation still thinks that the human condition is unnatural. Adam and Eve fell from their natural state into sin. Therefore, even the naturalists have to wear unnatural clothing.)

Be that as it may, their commitment to be natural means that they don’t remove the logs fallen in river. Our captain was extremely careful, yet, our boat tripped on one hidden log. It flipped fast; first to the left and then bounced to the right. Everyone was wearing life-jackets, yet, no one relished the thought of falling into the river on a rainy day. None of their 122 species of snakes live in the rivers. They swim only to cross the streams. Or, if a swift streams washes them into the river.

The point I am wanting to make is that when the boat flipped and flopped dangerously, some may have thought that they should have taken the precaution to consult their horoscopes before embarking on such a perilous journey. The Mother Earth is insensitive. She isn’t bothered whether the river gives life or death. It is all the same for her. Therefore, it is safer to rely on the One whose image we are.

When I was young, educated people didn’t go to astrologers, except when they were planning a marriage. Too many marriages fall off the boat in the deadly currents of life. Marital insurance is yet to be invented. Back then, Astrology was about divination. The times — they are a-changing.

Since Nietzsche and Freud followed the Buddha into killing God, it has become politically incorrect to say that once upon a time man (male and female) was made in the image of God. And yet, somehow it doesn’t sound dignified to say that we are monkeys and should be free like them to do monkey-business.

Clearly, we are different than other animals. At least we like the language of unique human dignity, human equality, human rights. We also like honoring uniquely ‘humanitarian’ services.

It was for reasons such as these that Freud’s renegade follower, Carl Jung, started exploring occult. He wanted to find out if our peculiar mental abilities and abnormalities are really results of repressed sexuality; or, could it be that we were made to be the dwelling place of the Holy Spirit, but we do get possessed by unholy spirits. Jung didn’t want to be brainwashed by Freud’s secular sounding scientific dogmas. He wanted to be open minded, to check out out if disembodied spirits were real, or if the little green men were visiting us in flying saucers, or if like the solar system, each of us was also made of star-stuff.

Thanks to Carl Jung, in the New (anti-patriarchal, feminine) Age of Peace, called the Age of Aquarius, astrology has become much more than a means of divination or daily guidance. It is now a quest to find human identity. Could it be that I philosophize unnecessarily because I am Sagittarius?

Well, it is better for you to answer that question after listening to the following lecture delivered in Hollywood and sold by Vision Videos. An expanded book is available from [email protected]

The subject is important because the first BJP government under Prime Minister Vajpayeeji, decided to grant university degrees for Vedic Astrology.

It is naive to dismiss Astrology as hocus-pocus. Mahatma Jotiba Phule, keen to liberate the lower-castes, took astrology seriously enough to write about it.

Because William Carey, the father of modern India, had also taken it seriously. He, a Bible translator, started teaching Astronomy in Serampore College-turned-university. The two disciplines, Astrology and Astronomy, come out of two worldviews. They have opposite consequences. One creates a culture of slavery. In that culture our times rule over us. The other studies stars to establish human governance over the created realm, including over time. If we have eternal life, we are greater than time.