A Conversation with a Closeted Conservative Colleague 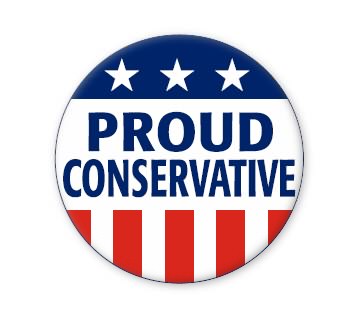 Below is my conversation with a closeted conservative colleague.

CCC: “I don’t feel I can say what I think, at least not at this stage. I have a family to care for and other responsibilities, you know.”

Me: “I have, too. I’m really not criticizing you. I assume you’re following your conscience.”

CCC: “You say what you think and you’ve survived. But you’re the exception.”

Me: “I’ve been very fortunate. That’s true. But there are plenty of others. I’m not unique. There’s Harvey Mansfield, Hadley Arkes, Mary Ann Glendon, Jim Ceaser, and others. Even some people they’ve tried hard to destroy have survived. Mark Regnerus at the University of Texas, Austin, for example. They threw everything they could find at him, every calumny imaginable. They tried to get him formally investigated and fired. But he has beaten them. I predict he’ll be promoted to full professor this year.”

CCC: “Yes, but there have been lots of victims, too.”

CCC: “You think I should say what I think.”

CCC: “That’s just your way of saying I should say what I think.”

Me:; “Look, as I said, I’m not criticizing you. Only you can discern the demands of your own conscience. I didn’t even bring this whole subject up, you did.”

CCC: “I know what you tell your graduate students to do. You tell them not to hide their politically incorrect views.”

Me: “Well, yes, I hardly hide my advice to them. They initially find it counterintuitive. Their natural instinct is to hide their dissenting beliefs or downplay them. I think that’s risky from a character point of view and also not the best strategy for success.”

CCC: “You ARE judging those of us who keep our opinions to ourselves, then.”

Me: “For heaven’s sake, I’m just saying that there is a certain moral hazard in not speaking your mind. As scholars, we’ve got a special obligation to truth and a vocation to truth-telling. Of course, everybody has a basic obligation to honor the truth, as best they grasp it, but our obligation is even more central to who we are. So, speaking for myself, I don’t see what the point of being a scholar is if we’re not willing to speak the truth as best we understand it. I mean, there are lots of other fields we could go into. We could be lawyers, or doctors, operate hedge funds. There’s the insurance business. Wendy’s franchises. Anyway, again speaking for myself, if I felt I couldn’t speak the truth out loud, I would abandon academic life and go do something else.”

CCC: “You’re not afraid to say what you think because you’ve been able to get away with it without your academic career being ruined.”

Me: “That’s exactly backwards. I’ve been able to get away with it because I’m not afraid to say what I think. Fear empowers the bullies. They’re far less bold and aggressive when they know you’re not afraid of them.”