The Poet Who Foretold the Rise of the Nazis 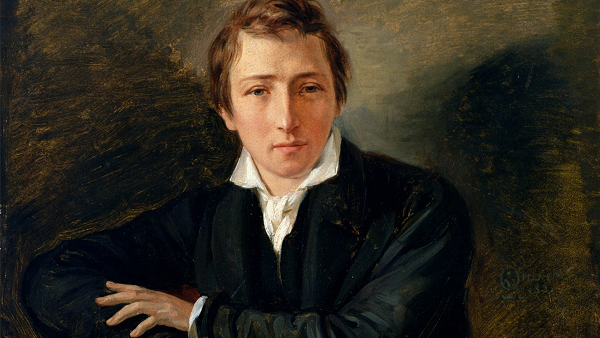 A hundred years before Hitler and the Nazis came to power in Germany, the German Jewish-Christian poet Heinrich Heine prophesied their rise and the death and destruction they would bring upon Europe and the world. I will post his words below this comment. We have much to learn from them today. I would particularly call attention to Heine’s remark that the coming “revolution in the realm of the visible has [already] taken place in the spiritual,” and his statement that “though…t precedes action as lightning precedes thunder.” In other words, ideas—especially ideas about the deepest, most important things—have consequences. What happens in the realm of thought (the spiritual realm) eventually manifests itself in the “realm of the visible.” Societies (and polities) can survive on the capital of good ideas for only so long. When those ideas are replaced by bad ideas, the practices and institutions whose foundations are in the good ideas will begin to crumble. Heine perceived that the German intellectual class had already in his own time abandoned the substance of Christian faith, and belief in the Jewish God and biblical ethic that Christianity had carried to Europe. He did not need Nietzsche to tell him what, as a practical matter (i.e., in the visible realm), this would mean. He knew.

Here is Heine’s prophecy. (Again, this is a hundred years before the Nazis come to power, explicitly reviving the “virtues” of ancient Teutonic paganism.)

“Christianity – and that is its greatest merit – has somewhat mitigated that brutal German love of war, but it could not destroy it. Should that subduing talisman, the cross, be shattered, the frenzied madness of the ancient warriors, that insane Berserk rage of which Nordic bards have spoken and sung so often, will once more burst into flame. This talisman [the cross] is fragile, and the day will come when it will collapse miserably. Then the ancient stony gods will rise from the forgotten debris and rub the dust of a thousand years from their eyes, and finally Thor with his giant hammer will jump up and smash the Gothic cathedrals. (…)

“Do not smile at my advice — the advice of a dreamer who warns you against Kantians, Fichteans, and philosophers of nature. Do not smile at the visionary who anticipates the same revolution in the realm of the visible as has taken place in the spiritual. Thought precedes action as lightning precedes thunder. German thunder is of true Germanic character; it is not very nimble, but rumbles along ponderously. Yet, it will come and when you hear a crashing such as never before has been heard in the world’s history, then you know that the German thunderbolt has fallen at last. At that uproar the eagles of the air will drop dead, and lions in the remotest deserts of Africa will hide in their royal dens. A play will be performed in Germany which will make the French Revolution look like an innocent idyll.”