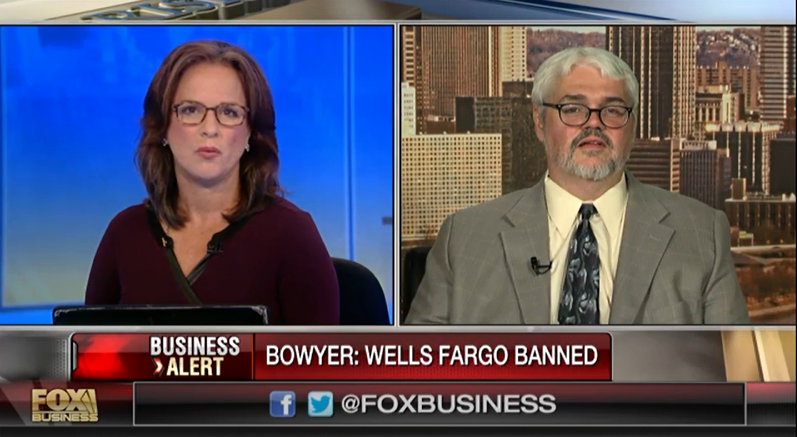 Click here to watch my recent interview with Elizabeth MacDonald on Fox Business News. One thing I didn’t get a chance to say: When Elizabeth rightly lambasted the CEO of Wells Fargo for benefiting as a major shareholder from the misdeeds of the company, she forgot to mention Wells Fargo’s far and away largest shareholder, Warren Buffett.

This is especially a problem given Buffett’s public pronouncements about how CEOs should have an ‘owner orientation’ since Wells has adopted a pattern of policies which strengthen and centralize the power of the CEO and policies which make it harder for dissenting shareholders to stand up to large shareholders who are in close relationship with management, shareholders like Buffett.

Buffett talks a lot about making corporations more democratic (small d) but in reality he has given high praise to Wells which has a dictatorial rather than democratic corporate structure. I guess there’s one philosophy for public pronouncements and another one for actual practice.

Buffett has made over the years many public statements strongly supporting Wells and Stumpf, its CEO/Chairman, despite the fact that combing the role of CEO and Chairman makes the CEO his own boss.  But Democrats are utterly silent about Buffett’s role as chief enabler and chief beneficiary of Wells’ culture of power and corruption.

I urge you to read this blog where I detail in what precise ways Wells Fargo has violated basic principles of proper governance, and why the portfolios I consult on excluded that company.