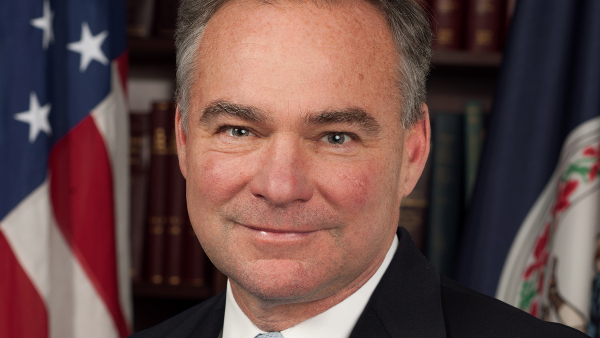 Timothy Michael ‘Tim’ Kaine, junior US Senator from Virginia, and nominee for Vice President for the Democratic Party

The biggest falsehood in this article is the statement that Tim Kaine is a “devout Catholic.” He is objectively nothing of the kind. (Am I questioning the man’s faith? You bet I am. His public words and actions reveal that his claim to be a *faithful* Catholic is fraudulent. So I’m not going to decline to point that out. Does that offend you? Too bad.)

What Tim Kaine is, is a devout Democrat and a faithful left-liberal. Let’s test that, shall we? There are a number of issues of profound importance on which the firm and constant teaching of the Catholic Church—not just as a matter of prudence, but as a matter of strict moral principle—is directly contrary to the position of the New York Times editorial board: abortion, human embryo-destructive experimentation, homosexual conduct, marriage, “transgenderism.” Is there even one such issue on which Kaine stands with the Church (of which he is allegedly a “devout” member) and against the Times? Nope. Not one. When the choice is between Catholic moral teaching and contemporary liberal ideology—even, indeed especially, on issues of the most profound importance—Kaine falls into line with liberal ideology every time. That’s where his “devotion” lies.

Of course, where the NYT happens to agree with the Church, he agrees with Church teaching—but that’s a reflection of his liberal faith, not his allegedly “devout” Catholicism. If the liberal consensus on the subject shifted, he’d shift too—his views would “evolve.” You can take that to the bank. So Kaine is, I’m willing to concede, a religious man. And I understand that he regularly attends Catholic mass. But a person’s religion is what he actually believes, not what forms he follows. Although he is canonically Catholic, Kaine’s religion (considered as the set of doctrines and the authority structure to which he gives his most fundamental allegiance) is liberalism. And he is very devout. Of course, the same is true of the guy whom Kaine hopes to succeed as Vice President of the United States. Indeed, it’s true of nearly all the major national figures in the Democratic Party who claim to be devout Catholics. You can pretty much pick one at random and apply the New York Times test. It will be the rare bird who sides more often—or even once—with the Church against the Times.

Questioning the authenticity or integrity of a person’s faith (as I have done in the case of Tim Kaine) is a serious business, and should never be done lightly. In fact, it should only be done where certain conditions are in place. For example, if it is to be done publicly, there must be a good reason for that (for example, helping the public to avoid being misled by a publicly prominent person on the teachings of the faith or what it means to be a faithful or observant member of the community of faith). Ordinarily, the person must have made his faith a public issue by, for example, invoking it or making claims or appeals based on it or pertaining to it. One must be able to cite publicly accessible evidence of words and actions that are incompatible with the faith. It cannot simply be that the individual in question has yielded to the temptation to commit what the faith teaches is a sin (all of us imperfect human beings sometimes do that). It must be that the person by word and/or deed publicly and willfully rejects central moral or doctrinal tenets of the faith and, even more egregiously, works to undermine them.