Our Bad Theology, Not Their Bad Politics, Is Destroying Religious Liberty 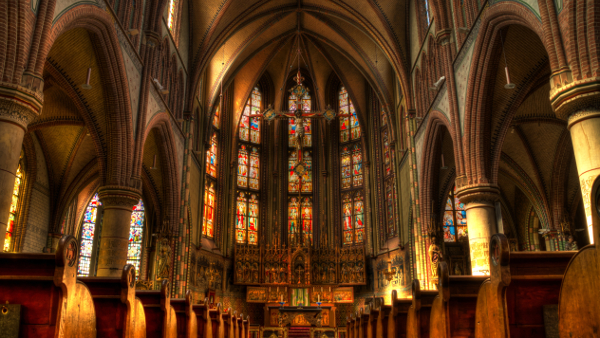 In America today, freedom of religion is being narrowed to merely freedom of worship.

The U.S. Commission on Civil Rights last month explicitly recommended a legal doctrine that “distinguishes between beliefs (which should be protected) and conduct (which should conform to the law).”

In other words, you can sing whatever you want in church, but you can’t come out of church and act on those beliefs—at least not with any special protection from the law. That legal viewpoint—already put into action in recent court and regulatory rulings—threatens public funding and tax breaks that now support Christian colleges, K-12 schools, poverty-fighting organizations and other charities.

Why is this happening?

Ignorance of, insensitivity to and even hostility toward Christianity are certainly factors—and the ones Christians like to cite most. But another big reason is that Christians, in large numbers and for many years, have been telling America that “freedom of worship” is all they really want.

At least, I know I’ve been saying that—in how I separate my work from my faith, in how I clam up about Christ outside of church, in how I spend “my” time and treasure mostly on myself, rather than others.

As Christians, we emphasize that Jesus is our Savior from sins (priest) and our Source of truth (prophet); but most of us have downplayed that Christ is our Sovereign King, who demands loyalty in every area of our lives.

I was reminded of this problem when I opened up the newly published English translation of Abraham Kuyper’s classic work on Christ’s kingdom, Pro Rege. Released in July by the Acton Institute and Lexham Press, this 100-year-old collection of newspaper columns is remarkably relevant today.

The confession of Christ’s kingship has been so enormously weakened and diluted—not only among those who have fallen away from the faith of their fathers, but also among believers—that it sometimes seems to have been forgotten even in the preaching of the word. Although great homage is paid to the Lord as Prophet and High Priest, complete devotion and loyalty to him as the anointed King no longer grips the hearts of the people. His kingship has disappeared from view, even among believers.

It’s a remarkably similar insight to the one Scottish theologian William Symington used to start his 1839 book on Christ’s kingdom, Messiah the Prince. Symington wrote that Christians in his day denied or “criminally overlooked” the fact that Christ’s kingship is indispensable to salvation, inseparably connected to His roles as priest and prophet.

“The question of Paul, Is Christ divided? is one to which professing Christians have not given sufficient heed,” Symington wrote in the opening sentence of his book, “and the evil consequences are abundantly apparent.”

So accepting Christ as king—in deeds as well as words—is not a new struggle for Christians. But present political challenges should give it fresh urgency.

If we are going to have any hope of reversing the trend of shrinking religious liberty in our time and place, Christians today must recover the theology of Christ’s kingdom that Kuyper and Symington advocated.

It is because enough did understand Christ as King that Christians have, for centuries, started hospitals, universities, schools, soup kitchens, newspapers, businesses and even entire governments. Because enough Christians understood Christ as King, they have continuously worked to reform the secular institutions and systems in which they labor Monday through Saturday.

If Christians believed their faith only obliged them to worship, they would have done none of those cultural things. But they have. Generation after generation.

Christians didn’t start any of those institutions for the tax write-offs. They didn’t start them because judges or legislators first gave them the OK. Christians have been active culturally only because they were first loyal spiritually to their King.

Faithful Christian schools, colleges and seminaries may, in the near future, require sacrificial giving and uncommon support from Christians to remain financially viable. That support and sacrifice can only come if Christians, en masse, understand they are not masters of their own resources, but
subjects of King Jesus.

And if all Christians showed the world that their faith places demands on their actions—not just at home and in church, but in all areas of life—it might just help change people’s minds on what will be lost if freedom of religion becomes simply freedom of worship.