No, That Is Not Typical Male Locker Room Banter 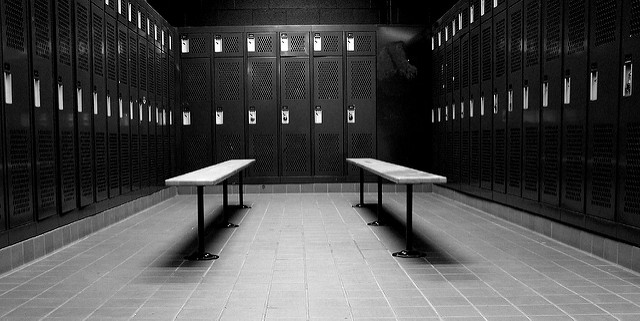 A theme that emerged this weekend from Mr. Trump’s supporters (especially his female supporters) is that his “crude words” were “typical male locker room banter and braggadocio.” They were in poor taste, they say, but “that’s how men talk.” We shouldn’t take Trump’s words literally or seriously. They do not really reflect his attitude towards women. “You know how men are!”

Let’s work backwards in examining this defense of Mr. Trump.

First, if you look at what he actually said, it is clear that his words do indeed reflect his attitude towards women. They recount specifics of things he has done and tried to do (such as seduce a married woman).

Moreover, they are consistent with everything we know about Donald Trump from his public record of words and deeds. And we have no evidence or reason to think he has changed.

Second, it is just plain false to say that men generally talk this way about women or regard women as Trump regards them. I grew up in West Virginia, among manly men (to say the least). Many—indeed most—did not talk like Trump, whether in locker rooms, or pool halls, or out hunting or fishing.

We were not angels. We had our faults. And there were those, unfortunately, who did disrespect women and spoke of them in the way Trump does. But not all, not most—even among those who were not especially religious.

Nor do the men I have hung out with since growing up—-strong, accomplished, often truly courageous men—indulge in Trump-like “locker room banter.” They need have no fear of a “hot mic” catching lewd or misogynistic comments. We don’t talk that way—for the simple reason that we don’t *think* that way. I point these things out, not to be “holier than thou,” but to defend the honor of my sex—honor that is impugned by the claim that men are just “like that.” Some are; many are not. It is from the many that our leaders should be chosen.