Obama to Black Audience, He Will be ‘Personally Insulted’ If They Don’t Vote for Hillary 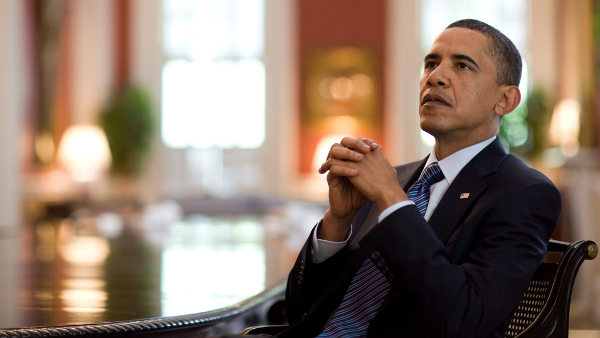 Who does Barack Obama think he is? Has he himself bought into the absurd political messianism that swept him into office? One could be forgiven for thinking so after the man up in front of a mostly black audience at the Congressional Black Caucus gala, wagged his finger, and declared that he will take it as a “personal insult” to him and his legacy if black voters “let down their guard” and vote in a way he doesn’t approve of. Even if he could succeed in manipulating people with such demagogic racialist rhetoric (which I hope and trust he cannot) it is disgusting that a president of the United States would resort to it. Black Americans are no less able than any other Americans to evaluate candidates and make judgments for themselves as to who deserves their votes.

It is fine to appeal to them (or anyone else), make arguments, criticize opponents, and the like. But they don’t need or deserve, by virtue of the color of their skin, to have Barack Obama or anyone else set himself up as so superior that he imagines that fear of “insulting him” will prompt them to vote as he directs them to vote. Honestly, we don’t need yet more demagoguery in this election. There’s plenty without President Obama contributing his share.