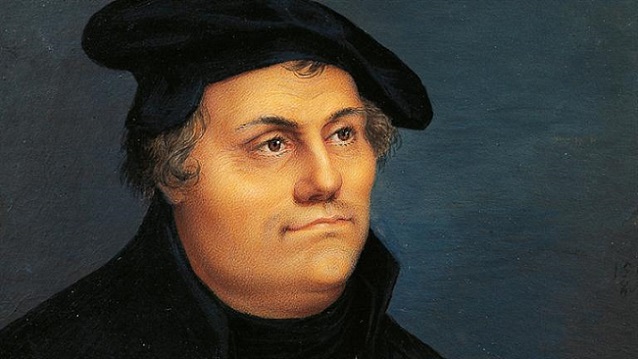 Our old and ailing “modern” world was born 499 years ago, on October 31, 1517. That is, our (imperfect) world that valued nations over empires, vernacular over classical languages, virtue over wealth, equality over hierarchy, humility over force. It was the world that believed that human beings can and must know the truth: the world of science and liberty, of popular sovereignty and economic prosperity. It was an age where heroism came to mean sacrificing oneself for others, instead of dominating over the weak.

That “modern” era was born when a German monk, Martin Luther, critiqued his “medieval” world — his religion and his university. In order to initiate a serious debate, Luther nailed his 95-Theses at the door of the Castle Church of Wittenberg. The church was the heart of the university, because, back then every university was a religious institutions.

Luther’s mind was stirred by studying Erasmus’ 1516 translation of the New Testament, the second part of the Holy Bible. Erasmus, a Dutch scholar, was a professor in Cambridge.

Originally, the New Testament was written in Greek. Europeans read it in Latin for a thousand years until Erasmus. That Latin translation was by Jerome who was commissioned by Pope Damasus 1 in 382 AD.

At some points Erasmus’s translation differed substantially from Jerome’s. Therefore, he provided side-notes to explain the differences. Erasmus and other Christian Humanists had also been writing about the need to reform their culture. However, it was his New Testament that fired-up Luther to call upon his church to conform to God’s word. Standing up for truth at the risk of his life, made Luther a reformer.

Over the next 12 months, I intend to write a series of short Facebook posts to explain how Reformation galvanised the movement that created the modern world, and why it is turning into postmodern age. Subject to the divine provision of financial resources, I hope to turn these posts also into YouTube videos.

Why is this important?

Some months ago, one of my students wrote a short story about the evil of untouchability in his state. We heard his story as a class. Unanimously we encouraged him to develop it into a novel. That is now done. Last week a few of us took the time to hear the entire novel. We suggested how he can improve it. He hopes to complete the revision today. Over the next few weeks we will edit it while he turns it into a Bollywood screenplay.

Our young novelist, an Engineering student who aspires to be a civil servant, is keen to see India reformed. He wants our society to renounce casteism and treat everyone as equal in line with our constitution. But have all races, tribes and individuals evolved equal? Isn’t Constitution a man-made document, borrowed from other nations?

Our ancient sages were not fools. To them, human inequality was self-evident. Hindus and Buddhists explained visible inequality by developing religious theories of karma and reincarnation. The Hindus also taught the idea of divine creation of ‘man’ into distinct castes.

If our religions and our constitution are both man-made then why should we renounce traditional faith in inequality? Why should we live by an unobservable, “western” idea of human equality?

The modern age opposed birth-based hierarchy. It was never perfect, but it attempted to change society and actualize human equality in practice. It was Martin Luther who began this social movement for human equality. His medieval age practiced inequality. The priests, the nobility, and the peasants were separate classes, or ‘castes’ if you like.

Luther triggered the reforming movement because God’s word taught him that all men and women were made equally in God’s image; that all were sinners and far from God; yet, God loved everyone equally, and therefore, sent Jesus Christ to save them. Any sinner could become God’s child through repentance and faith. A woman did not have to be reborn as a man; a ‘low caste’ person did not need to be reborn into priestly caste to find salvation.

Luther was a priest, but the Bible taught him that his profession did not make him a superior saint. It taught that

Therefore, on the authority of the Bible, in 1520, Luther addressed a historic letter to German Nobility and Merchants. He asked them that obedience to God’s word requires them to finance the Church, so that the Church could educate everyone. God wants all men to be saved and come to the knowledge of the Truth (1 Timothy 2:4-7). In order to be a priest, every child has be equipped to read and understand God’s word; Germans who do not know Latin have to be enabled to sing and worship God in their own mother tongue. Therefore, worship songs must be in the heart language of the people; every student must be taught music. How could every believer be a ruler, unless they acquire wisdom, virtue, and knowledge? This titanic step began democratization of knowledge — the precondition of ‘Popular Sovereignty’ or liberty for all.

God’s word revealed truth into Martin Luther’s soul. That gave him the courage to oppose his Church that practiced and promoted false inequality. For him Theology was not an abstract, academic subject. It was a quest for Truth, and Truth must transform.

In forthcoming posts we will look at some of the outcomes of Martin Luther’s reformation. One of his most important steps was to turn his dialect into a literary language and give to the Germans the Bible in their own heart-language. William Carey, the Father of Modern India, brought this linguistic revolution to India. He began translating and publishing the Bible in the heart-languages of the common people of India. The Bible, in turn, introduced to India, its unique and reforming concept of human equality.

Poems, stories, novels, films, inter-caste marriage, and politics are all necessary to change old India’s inequality-based society. However, ultimately, India will change for the better only if equality is understood as more than a western idea — if it is perceived as God’s revealed truth.

(I took the second picture inside the Church in Wittenberg. I’m too disorganized to find the better one.) 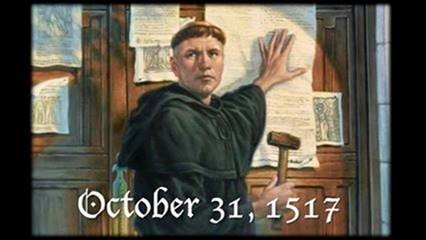 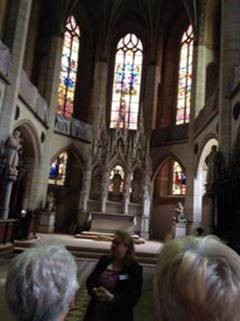