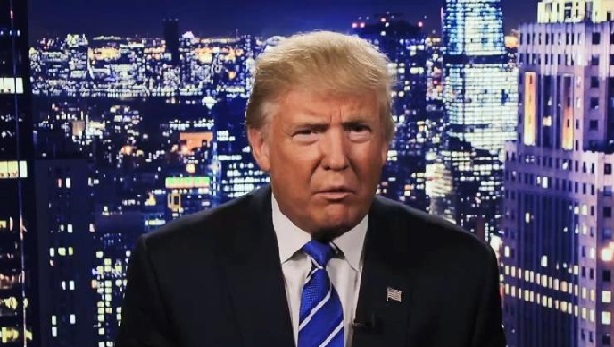 As I saw the un-endorsements of Trump from Republicans roll in Saturday morning, I thought that there was now basically one plausible scenario in which Trump wins.

That Clinton collapses during the debate. I thought Trump actually performed pretty well in the debate, though the focus groups and phone polls – which are much, much more reliable than online polls – by and large said Clinton won. But whether you think the debate on its own was a net loss or net gain for Trump, it wasn’t nearly enough to undo the disaster that was last weekend. If this election were close, Trump’s performance in the debate would be considered a narrow win. Trump needed something a lot more than a narrow win. He needed Clinton to collapse, physically or otherwise. She didn’t. He might have very well stopped the flow of Republicans abandoning him, but I’m afraid that’s not enough.

The political betting markets seem to agree with this assessment. On PredictWise, a site that generates a probability based on various metrics, including betting markets, Republican’s chances of winning the presidency went down to 13% today. Now, that might sound a little high to you. But that’s the probability of any Republican winning the Presidency, not just Trump.

The Republicans calling for Trump to resign are saying that Pence should take his place, and that they will write in Pence’s name if Trump does not resign. Smart strategy, given that it allows them to say they’re still wholly committed to beating Clinton, without having to defend Trump anymore. There’s not really an effective response to that from either the die-hard Trump supporters or the Democrats.

There is a chance that Trump is eventually forced out in some way. Nobody expects this to happen, but it’s possible that if Trump’s campaign staff abandons him, he’ll think it’s better long-term for his reputation to step down now and let Pence take over. And Pence would quite likely perform better than Trump in the election. Any Republican at this point would do better than Trump.

Of course, many Trump surrogates have tried to downplay the significance of the tape and the Republican response, saying “this is how guys talk” – which begs the question, what kind of guys are you spending time with? – and “nobody cares what establishment Republicans think.” That last assertion has some merit, but it demonstrates a misunderstanding of how much negative media attention matters.

Sure, not a whole lot of people care about Senator Kelly Ayotte’s endorsement, but when you have Republican after Republican say Trump has to resign, constantly, for an entire weekend – and these are elected, currently serving politicians, not one-time governors and public intellectuals – a picture starts to form.

That picture is of a candidate who is so impulsive, and has such a horrible view of women, that he can’t even get the support of his own party. The stock response of the Trump surrogates, “How could he be a misogynist if he employed women in construction projects in the 1970s?” hasn’t been a good response to his misogyny scandals in the past, and isn’t a good response to the latest one.

It’s not just that the Senators and Congressmen are abandoning him. There have been several reports that RNC staff are refusing to work for the Trump campaign anymore. The RNC has also halted “the operations of some of the ‘Victory’ program that is devoted to electing Donald Trump.”

We could very well see the RNC do what they did with the Bob Dole campaign in 1996. At a certain point, it became obvious that Bob Dole was unable to beat Bill Clinton, so the RNC took funds that would have gone to Dole and diverted them to Senate and Congressional races. They would be well-advised to do the same now.

Which brings us to why the video on its own, even without the party abandoning him, is so harmful. It reinforces an existing negative view of Trump.

Think back to the Republican primary, the debate just before New Hampshire, when Marco Rubio repeated the same, “Let’s dispel this notion that Barack Obama doesn’t know what he’s doing,” line four times. That moment was so damaging to Rubio because it confirmed an existing negative view, i.e. that Rubio was robotic, not genuine, overly-calculated, et cetera.

Trump’s labeling of Jeb Bush as “low-energy” was effective for the same reason. He was bored and boring, nobody was enthusiastic about him and he was utterly incapable of drawing a crowd. So the low-energy attack was particularly effective, because it was based on an idea people already had of Jeb that had not really been addressed in the open.

The Trump tape, by the same token, is hurting and will continue to hurt him badly, because Trump was already viewed as “having a problem with strong women,” in Ted Cruz’ words. He had a well-known history of objectifying women and saying, let’s be frank, misogynistic things. So now we have a tape of him saying much worse things about women than we’ve known him to say before, which is probably going to cement his image among most voters – 52% of whom were women in 2012 – that he’s a misogynist of some kind or another. The upside is, now we know why Trump was such a strong supporter of stop-and-frisk.

This isn’t even mentioning how poorly Trump has handled the situation, issuing at first a non-apology – saying “I’m sorry if you were offended” isn’t an actual apology – then a hostage video in which he spent 95% of his time attacking Clinton, and 5% admitting any wrong-doing. Then he tweeted several attacks on Republicans who criticized him, instead of his actual opponent, and supported people who heckled Paul Ryan at his rally. He simply cannot control himself when people attack him. He seems incapable of not responding to every single attack on him or his reputation.

So, to re-cap, Trump could have reversed the momentum had he had a great debate performance, but he didn’t. He had a pretty good debate performance. Now he’s in a situation where he needs to perform exceptionally well in the next 30 days and the next debate, and pray to God that people forget about this past weekend. Otherwise, it’s very likely that Clinton is going to be the next President.