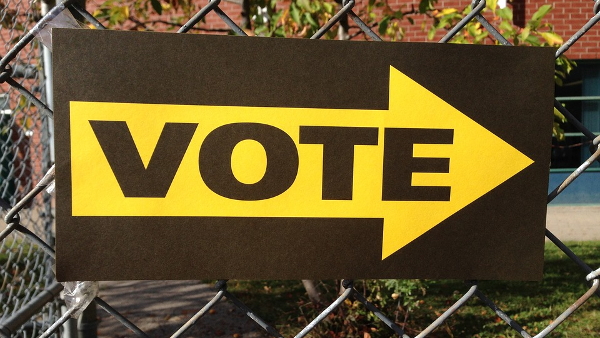 Just pretend you are the owner of a business in the process of hiring a sales representative. As you listen to a potential new hire and assess his qualifications, he reveals his secret to getting customers to pay on time. He says if someone is late to pay, he threatens them physically. If they continue to delay payment, he goes to their office to kidnap them in the back of his car. If they resist or argue too much, he tazes them, throws them to the ground, puts his knee on the back of their neck, and beats them if necessary, because it is exactly what they deserve.

You realize your business is teetering on bankruptcy and some customers don’t seem to respect your current personnel, so you reluctantly hire him. A few weeks later, you get a call from a customer, “Hey! What’s going on around here? A guy just came by and assaulted me saying I need to pay up. I thought it was a thug but he said he works for you. Are you behind this?”

Are you ethically responsible for the violence your new hire committed? He told you he uses violence to get compliance and you hired him to do just that. You chose him knowing he’d hurt people to get results.

Suppose you were not the owner but simply a member of the talent acquisitions committee. A subcommittee already pre-selected from a larger pool and produced three remaining candidates. Suppose each of them promised to use deadly force if necessary to get customers to comply with your company’s interests. Your vote is simply one of five. If you vote for one of the candidates, are you morally responsible for the violence they promise to carry out on your behalf?

Every time you vote, you consider this question.

Do you remember playground politics as a child? Remember the time you felt bad for going along in humiliating the class misfit. Hey, he could be hateful too, but there was that pit in your stomach as the laughter contagiously roared, that this was not right. No matter his past flaws. No matter how many people pointed.

People spend a lifetime trying to numb that belly prick that comes when we seek to force our way onto others and seek vengeance when they offend us. Crowds, especially, have a way of shutting down our reluctance towards dominating others.

Hidden in a group, it’s easier to justify our need to threaten rivals to get what we need. In the grand scheme of things, when 90% of the office says the boss is a sexist jerk doling out stupid humor and stingy wages, why can’t we just beat him up? Why can’t we all come in one day, guns at our sides, and say, “Pay up or else?” What would it be like if everyone just pooled their money together and hired a hitman to threaten the lousy boss into producing excellent wages and empathic speech?

If you hire a person to initiate violence against someone, are you responsible for the violence? Sooner or later you are asked to vote which means sooner or later you will confront this question. As you do, realize that just because it feels like everyone else is doing something, does not make it right. If you would not feel right to hurt someone because they did not accept your preferences, it is still wrong even if you hire someone to do it for you.

Realize you are very much okay with murdering nonviolent neighbors every time you vote for politicians that use armed agents with the option of deadly force to prevent nonviolent behaviors. What do you think Eric Garner, the late gentleman in NYC, was doing when officers choked him to death? They made him, a human being, stop breathing because he didn’t want to stop selling unlicensed cigarettes. Who hired those men to confront the vice of unregistered cigarette selling with the option of using deadly force? Anyone who voted for the law and politicians that keep it enforced.

Are you okay with hiring a politician to maintain such laws? And if not, by what standard do you judge that law against nonviolent behavior (cigarette selling) as an illegitimate use of deadly force but not other laws backed by deadly force against nonviolent behavior like tax objection or employment practices? If you just cherry-pick nonviolent vices here and there to prohibit with violence, what’s to stop your neighbor from cherry-picking nonviolent behaviors you enjoy to violently stop? One man’s drug pusher is another man’s hate speech preacher. Without a fixed ethical standard, virtue is vice and vice is virtue.

Some justify violence by pointing out that modern states have a social contract. But the social contract is just a socially contracted disease called crowd deception. It’s contagious which means it’s hard for us to find a place on Earth where it hasn’t infected the minds of those living there. Yet it is not even a contract because it is not an agreement based on mutual consent. And it is not social: prohibited vices hide and intensify in an undercurrent of envy and resentment.

If it’s wrong to barge down the nearby millionaire’s door with guns because she refused to pay for your community playground, it’s wrong to hire someone to do that for you. Just like it’s wrong if she wants to opt out of your neighborhood’s preferred healthcare co-op or road project. I don’t care if it’s scary, find another way other than physically threatening her to get good things done.

Every time you hire someone to violently stop people from using a drug, nastier drugs pop up, monopoly profits open up, and desire for the drug becomes intoxicating. Realize there is a reason you feel sick at the thought of caging your drug-addicted neighbor. Because it is madness. It is against what it means to be human. And as a result, it creates all these other problems.

But, some protest, that drug addict could get high and rob me. Yes, and he could rob you high on Red Bull, prescriptions, and radical political philosophy he just read. We don’t want to ban any of those things because of the potential for them to be abused with violence. We must only use law as self-defense from actual physical violence itself otherwise every action and thought is subject to violence.

Every time you hire someone to violently stop the rich from being greedy through taxes and regulations, the truly powerful always rig those violent state rules to hurt lower upper class folks while protecting their own greed. It’s true the game is rigged, but the more you try to rig the game with your own dose of violence, the more someone better at rigging the game captures the process for their own benefit. Which means you get nothing.

The only way out of this nightmare is to stop hiring anyone to initiate violence on your behalf. We can always have models we look up to and follow and that necessarily includes people who treat people the way we would. As you think about what it’s like when someone physically harms you when you didn’t physically hurt them, hiring politicians to initiate violence on your behalf makes you sick.

I am not against police and prison guards. I am asking by what ethical standard can we physically prevent a human being from leaving a cell. I contend only self-defense from actual physical violence and theft can be delegated to those we hire to make and enforce law. Violently subduing any other vice only results in mirror violence and intensified vices.

By what standard can we determine a law to be unlawful violence? It comes down to the common sense question of, would you be within your ethical right to restrain said behavior as an individual? If so, like theft and assault, extend it to society. If not, it’s illegitimate violence and we should have no part in it.

What would it be like if we simply said no to the initiation of violence in all its forms? What if we calmly said no to the crowd’s contagious violence and only hired people to represent us that used nonviolent means like persuasion and voluntary agreement to deal with nonviolent vices? Saying no to violence is easy when we have to carry it out ourselves which means if enough of us keep saying no, sooner or later, saying no to violence will be contagious.

The sooner we spread this message, the sooner we can all stop pretending that voting for violence against nonviolent neighbors is not violence.