Ignoring Due Process And Harm To Students, Obama Minions Kill A College Chain 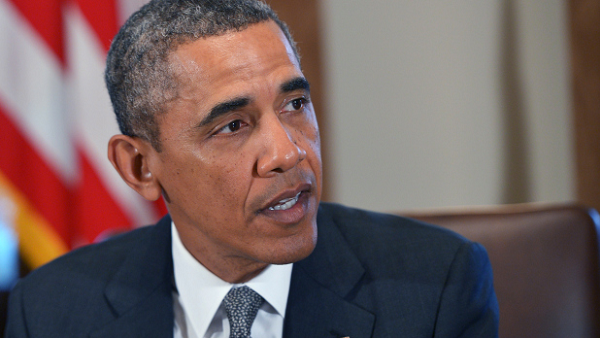 When the Department of Education was established in 1979, no one would have thought that it was authorized to administer the death penalty to colleges that bureaucrats wanted to get rid of. But that is exactly where we are today.

The demise of ITT Tech illustrates the unchecked power of federal regulators under our administrative law system wherein bureaucratic agencies get to act as lawmaker, judge, jury, and executioner all rolled into one. That concept is completely at odds with the way the Founders thought government should function, a point made with great power by Professor Philip Hamburger in his recent book Is Administrative Law Unlawful? (He answers that it is.)

Back in September, ITT announced that it was closing its 130 campuses located in 38 states. The company had come under fire from several state attorneys general and the Consumer Financial Protection Bureau, with allegations that students had been misled, taken unfair advantage of, and defrauded by ITT.

With those allegations hovering over the company, in August the Department of Education decided to require ITT to put up over $247 million as surety in to cover the taxpayers in the event that it would close and thus trigger student loan defaults. When it couldn’t do that, the Department moved to “protect” students from ITT by forbidding the company to enroll any new students for this academic year who would pay with federal student aid funds.

Since nearly all ITT students use federal grants or loans to pay their tuition, the Department’s action was tantamount to ordering ITT to shut down. With its federal lifeline cut, the company had no choice. Some 40,000 students have had their educational plans interrupted and about 8,000 employees are out of work.

That is quite a lot of damage to inflict, yet it appears that federal officials didn’t even try to minimize it. We read in this Wall Street Journal story that ITT Chief Executive Kevin Modany had looked into the possibility of having its operations taken over by other schools, but that the government rejected all proposed alternatives.

ITT’s demise was a case of, as Cato Institute’s Neal McCluskey puts it, Accusation Equals Sentence. Under Department of Education regulations, he writes, “the moment any government entity, including the unchained Consumer Financial Protection Bureau, accuses a school of wrongdoing, the punishment begins.” Nothing needs to be proven; the mere fact of an allegation of wrongdoing can trigger an avalanche of bad consequences that spells doom for a college.”

The Washington Post, no friend of for-profit education nor enemy of government regulation, editorialized, “Maybe the government is right about ITT’s weaknesses, but its unilateral action without any semblance of due process, is simply wrong.”

That is precisely the problem. High-handed administrative procedures like this trample upon that most crucial aspect of our law, namely everyone’s right to due process.

Let’s go back to those unproven allegations. What had ITT done that was so bad that the Education Department felt justified in bringing down the whole operation?

New America writer Stephen Burd discusses the main allegations against the company in this article.

ITT’s Albuquerque campus “lured students into its associate-degree nursing program by misrepresenting the program’s accreditation status….As a result, students were misled into believing that they would be able to transfer credits they earned at the school into a B.S. in Nursing.”

Also in Albuquerque, the school “signed students up for high-cost private loans” without informing them that the loans were not federal student loans and had rates exceeding 14.5 percent.

The CFPB alleged that ITT ran “an elaborate scheme to ‘coerce’ the generally low-income students who enrolled into taking out private loans with high origination fees and interest rates even though “company officials knew that the majority of students who took out these loans would never be able to repay them.”

In Massachusetts, Attorney General Maura Healey sued ITT, alleging that its campuses in that state “misled prospective students about their success in placing graduates of the Computer Network Systems program into jobs related to their fields of study.” ITT recruiters said that the placement rate was between 80 and 100 percent while in fact it was usually 50 percent or less, and many of those jobs were hardly jobs in the field (for example, a job selling computers counted).

Also in Massachusetts, students maintained that the “hands-on” instruction they were promised “was nonexistent or involved outdated technology.” Moreover, the instructors weren’t competent. “Some would read straight from the text book, while others would tell students to ‘google the answers.’ A few didn’t bother showing up for class at all.”

There is quite a bit more, too. We will never learn whether any or all of the charges were true since ITT has gone under, but let’s assume for the sake of argument that they were all true. Would it then be appropriate to impose the administrative death penalty as the Department of Education did?

In any large operation, for-profit or non-profit, you are likely to find some bad behavior—some “puffing” to make the product seem better than it is, some up-selling to get customers to buy more than they really need and can afford, some failures to live up to the terms of the contract, some deceptive claims, and so on. All such behavior is legally actionable and customers (students) who were harmed have every right to be made whole.

The obvious problem is that killing off ITT doesn’t accomplish any of that. Instead, it harms many innocent parties: the taxpayers who will now have to bear the cost of student loans that won’t be repaid, instructors who did teach competently, and perhaps most of all, those students who were getting the education they expected.

This Los Angeles Times article focuses on one of them, Leon Wiggins, who said he was “angry times ten million” that he would have to go elsewhere to complete his studies in cybersecurity.

No doubt there was some bad in the huge ITT chain, but the federal regulators never stopped to think about the good in it that they were summarily destroying.

Incidentally, as Neal McCluskey argues in this post, students who will have to find other ways of continuing their education now that ITT is gone won’t necessarily find the alternatives better. Community colleges will cost them less, but the programs and instruction might be worse.

Had this case been handled as a regular civil complaint (or many complaints, perhaps a class action alleging breach of contract and fraud,) the goal of the justice system would have been to make the students who actually suffered from the company’s wrongdoing whole. That could have been accomplished by making the company establish a fund for the payment of claims that could be proven. ITT probably would have made changes in leadership, eliminated bad practices that were causing claims, and remained in business.

If that had been done, thousands of people who taught good classes with ITT would have kept their jobs and students who had enrolled would have avoided a serious disruption in their educational plans. Also, the taxpayers would have avoided the cost they’ll now bear in paying for the discharged student loans of current and former ITT students.

But the federal officials, apparently eager to claim another victim after hounding Corinthian Colleges out of business last year, weren’t concerned about due process of law and justice.

The way the Education Department handled ITT is much like the way it insists colleges handle accusations of sexual assault—avoiding the judicial system and having campus officials use unfair procedures meant to maximize findings of guilt. At least the Department practices what it preaches.

Congress ought to amend the law to restore due process to institutions that have entangled themselves with the Department of Education because they accept federal funds. But a better idea would be to abolish that department altogether. And the best idea would be to stop subsidizing college with easy federal loans.