Individualism: A Western Virus or Virtue? 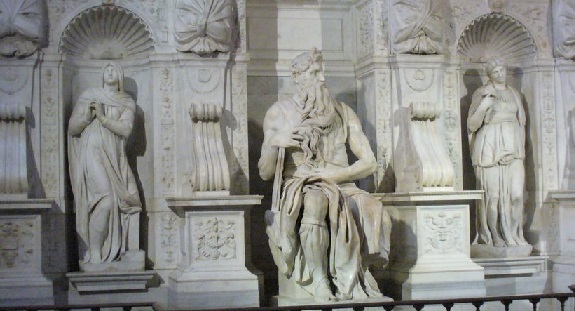 A father asked his daughter to marry the man he chose.

She eloped with the boy she loved and married in a court.

The father felt humiliated. Heart-broken. For the boy was from a lower caste.

The law supported the girl.

The caste backed the father: “If she gets away with shaming our brother, other children will follow her Bollywood-inspired bad behaviour.”

The caste deliberated. It decided to strip and hang both the sinners on a tree. They must be taught a lesson. How can Caste survive without controlling individuals?

Is individualism a western virus?

Or, is the freedom to think independently and
take risks for oneself a secret of the West’s strength?

The first kind came from the Bible. Its earliest literary expression was St Augustine’s autobiographical book “Confession.” Written between the years 397 and 400, this powerful work was hand copied and studied. Through it, the Bible taught the devout to take personal responsibility for their souls; for their eternal destiny. Confess their failures and sin and seek God’s grace to overcome weaknesses and bondages.

The Bible’s heroes are individualists. Its first writer, Moses, was a reluctant hero. His obedience to God enabled him to stand against slavery protected by his Egyptian culture, king and army. Later, he risked his life to oppose the sinfulness of his own Hebrew people, including when they gave a religious garb to their unbelief and disobedience and worshiped a golden calf.

The Hebrew prophets were individualists-under-God. Their knowledge of God enabled them to risk their lives and stand-up against corrupt power of kings and priests. They held common men accountable for mass corruption.

John the Baptist, Jesus, and the apostle Paul continued this Jewish individualism. They sacrificed their lives because they were the first kind of individualists. The frequently persecuted Apostle said, “I am dead to the world and the world is dead to me. . . I am crucified with Christ.”

The Bible’s prophetic individualism inspired European reformers such as Martin Luther. He became non-conformist and decided to study truth for himself. He risked his life to remain true to his conscience and declare: “Here I Stand,” when the emperor and the church commanded him to bow before commonly shared falsehood. Luther’s commitment to Truth helped change our world. It was the Bible that created this heroic individualism, expressed in religion and society, politics and business, research and science, mission and medicine. It propelled the west’s advance to the modern world’s leadership.

“Man is his own star; and the soul that can
Render an honest and a perfect man,
Commands all light, all influence, all fate;
Nothing to him falls early or too late.
Our acts our angels are, or good or ill,
Our fatal shadows that walk by us still.”

This secularized individualism was popularized by Ralph Waldo Emerson in his highly influential, 1841 essay called, “Self-Reliance.” Emerson was a Transcendentalist philosopher and essayist. He exhorted his readers to avoid conformity. They must trust themselves and seek truth within. They should follow their own instincts and ideas.

Emerson discouraged readers from relying on a religious community. The must seek Solitude not Community. Commitment to community was a distraction to self-growth. One should avoid even friendly visits and family needs. If that time was spent reflecting on our own self, we will be saved from group-beliefs.

Emerson’s powerful rhetoric pushed the West into the horns of its current dilemma — between biblical and secular individualism.

The difference is best illustrated by the Lord Jesus Christ himself. Torch-bearing soldiers were sent to the Garden of Gethsemane to capture and crucify him. The night’s cover of darkness was on his side. He could have disappeared into the mountains. The torches made the soldiers visible, but not the one they wanted.

The Lord Jesus had no suicidal tendencies. So, he prayed to his Father in heaven that this terrible cup — the cross — may be taken away from him. But he went on to resolve, “Not my will but thine be done.” His individualism was a radical surrender to God. It meant loving God so completely as to give him the authority to take his body, to break it, and to give it for others’ salvation.

Surrendering to God’s will through pain empowers us to love God as well as to lay down our lives for our neighbours. Because Jesus trusted God, he could endure, even rejoice in his shame and weakness of being mocked and hanged upon the cross. The centre, the purpose of his life, was God, not he himself. Being a member of the Holy Trinity, he believed in being one as well as three.

Secularized individualism makes a finite individual his own god; the centre of his private universe. This individualism sounds strong, but every one can see how it has weakened the West. Self-centred individualists have no power to make sacrifices even for their spouses and children. Instead of enduring hardship for others, they murder their own babies in their wombs or abandon their spouses and children through divorce. Making oneself the centre of one’s life alienates them from the people who want to love them and support them.

This secularized individualism destroys not just family, church, and community, it hurts the individualist the most.

(Billy Graham, by the way, is a student in our college. He is leading a group of us to turn these thoughts into short videos. Today was our first rehearsal.)