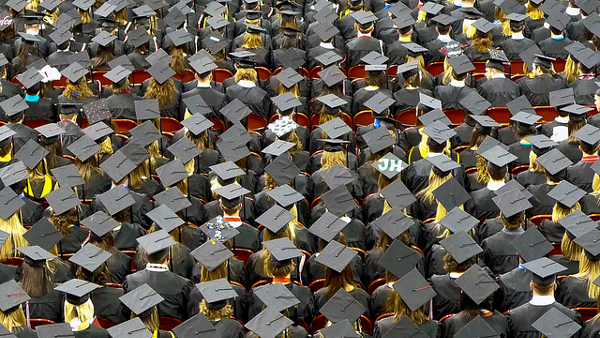 It is commonly supposed that young people are natural rebels. Youth, we sometimes imagine, is a time of free thinking and non-conformism—a time when people try to think things through for themselves, from scratch as it were. But this is a myth. Indeed, it is nearly the reverse of the truth. Judging from my 31 years of teaching young men and women (exceptionally gifted young men and women, by the way), young people are natural conformists. There are, of course, exceptions; but most are eager to make sure that their views and values are in line (or at least not too far out of line) with those of their peers and with the elite institutions of the culture—institutions they are ambitious to have a place in. It is a minority who are willing to question elite orthodoxies or interrogate the assumptions underlying the ideas they have adopted about ethics, politics, and the like. In the overwhelming majority of cases, they have adopted these ideas because they perceive them as representing “enlightened” and “sophisticated” modes of thought—the modes of thought they find dominant among opinion-shaping elites in education, the news and entertainment media, and the worlds of business and finance.

So the hardest part of my job, as a teacher, is also its essence: provoking students to bring to light and critically assess the assumptions underlying their beliefs. This is a moral challenge and not merely an intellectual one. It is moral because it requires of students an act of the will—and it is not an easy one. It requires virtue. Seriously engaging the questions I ask my students to engage requires a willingness to face the possibility of changing one’s mind in directions that will make one an actual rebel, a true nonconformist, potentially even an outcast. For kids who care so much about fitting in with their peers that they dread being caught wearing the wrong kind of sneakers, this is a risky business, to say the least.

And yet—and this is the joy of being a teacher and the thing that makes me thankful today for my calling—many young people are, in the end, able to muster the courage to take the risk. And when they do (whether or not they end up changing their minds or the direction of their thinking) they feel liberated. And it’s not just a feeling. The truth is that they *are* liberated. They are no longer slaves to intellectual, moral, or political fashion. They are free men and women who can think for themselves and take ownership of, and responsibility for, their own judgments.