Relativism and Corruption in India 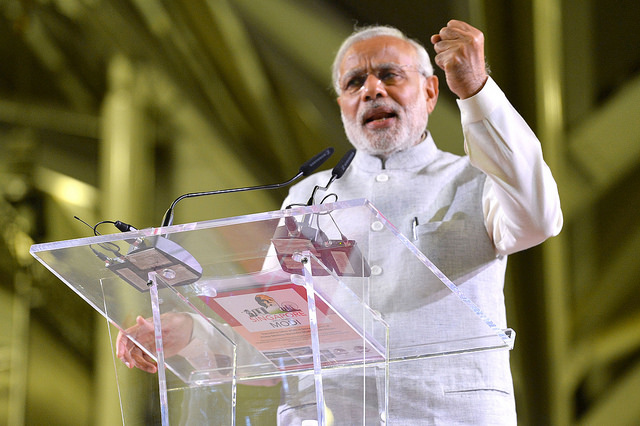 Yesterday’s ban on currency notes of Rs.500 and Rs.1,000 is an acknowledgement that corruption and tax-evasion have become unbearable burden.

Recently, someone asked a question on the internet: what is the going rate these days for getting a government job? The “going rate” meant “bribe.”

The first respondent said, “Two of my friends paid Rs. 12 Lakh each to get grade ‘D’ level jobs in the railways. Both failed the physical examination, but they got the job. They had also failed Class XII examination. Neither of them can tell you the name of the President of India.”

Was India always so corrupt?

In 1947, Independent India inherited a clean bureaucracy from the British. However, our nationalist leaders put us on a slippery slope that has made us one of the most corrupt nations in the world.
In its 2013-14 survey, the Global Fraud Report said that 69% companies in India experienced economically harmful Fraud. The most recent, 2015-16, report says that companies reporting fraud has gone up to 80%.

In October 2016, Prime Minister Modiji was very upset with his own government. A World Bank report had ranked India one of the least inviting countries in terms of the Ease of Doing Business.

According to Transparency International’s 2016 report, India ranks 76/168 in terms of corruption.
So, why is corruption increasing?

Nehru-Ambedkar generation of leaders was honest. Their intentions were good. They really wanted to serve India. However, their British and American universities deceived them into thinking that man can be good without God. The reality is that without God, man cannot even know if anything is really good or evil.

But what is “moral value”? Is Value anything more than someone’s opinion? If your value is not to cheat even if you fail, then go ahead and don’t cheat. But who authorised you to impose your values upon me? You live by your opinions, I will live by mine.

Our professors teach that good and bad are man-made relative terms. If one thing is bad for you but good for me, what will I choose? Why shouldn’t I choose what is good for me?

But aren’t cheating, bribing, and tax evasion bad for the nation?

Well, if there is no God then the ‘nation’ is an artificial human construct. It is an alien idea. It is the Bible that says that once upon a time some people decided to build Babel as an imperial city. God did not like their idea of an empire, so he confused their languages and divided them into nations — which means sovereign people groups in a given geography, governing themselves in their own languages.

We Indians never thought in terms of a “nation”. We organised ourselves as families, castes, rajya and samrajya (empires). Ancient and medieval West also believed in Empires — Greek or Roman. It was the Protestant Reformation that imported the Jewish idea of “nation” into Europe. Only because some Europeans started studying the Bible, they broke up their Holy Roman Empire in 1648. The “Peace of Westphalia” was based on the Bible’s idea that Empire, including the Holy Roman Empire, is a pagan idea. It is an evil recipe for war, because empires seek to extend their boundaries.
In contrast, the Bible taught that the “Nation” was a good idea, because it was God’s prescription for peace. A nation has a defined geography (Acts 17:26; Deuteronomy 32:8). It must not covet the land that God has given to its neighbors.

The Bible also taught that citizens must love their nation because the nation is God’s creation (Psalms 102 & 137). A people must pay taxes but go beyond that to make personal sacrifices to love their neighbors and defend and develop their nation.

Just imagine if Nehru and Ambedkar were right that there is no God or that He did not create nations. Indian politicians, civil servants, and businessmen loot the nation and put their private interests above national interests because free India’s secularized education has taught us that ‘nation’ is artificial accident of history. It is not sacred, because God did not create nations. Nor did God ever command us to pay taxes and to not covet the rupees or the grades that are not ours.

Gandhi-Nehru-Ambedkar generation was a product of a Bible-based missionary education. The secularized education system they gave us thinks that God is dead. Even while He was alive, he never gave any moral commands. Death is the end of human life. God is not going to judge us after we die. Therefore, there is no reason to fear God. Those who are afraid of the law should obey it. But you do not have to revere man-made moral values, if you are clever enough to avoid getting caught or strong enough to avoid getting prosecuted.

Am I saying that religion should be taught in schools to make us moral?

Religion, at best, promotes man made morality. Some religions such as Tantra, reject morality. One of free India’s most brilliant philosophers, Osho Rajneesh, was also our most honest and fearless thinkers. He taught Adwaita that is non-dualism or Oneness of all reality.
Reality, Rajneesh said is One: Call it God or call it Nothingness/Shoonyata. All dualisms, including belief in the dualism of good and evil, male and female is a sickness of the ignorant mind. Reality is not so divided. It is the prism of our minds — the intellect — that splits one ray into different colours. Nirvana requires transcending all dualisms. That is why many of our religious traditions required an “enlightened” gurus to deliberately do what the world considered evil.

Black-Money has made our currency worthless. It is a proof that we Indians are sinners. The moral integrity of pre-independent leaders came from an education that taught that God is holy. Therefore, whatever is unholy is not God’s will. Man was made in God’s likeness, but he has rebelled against God and become a sinner. Nevertheless God loves sinners. The Lord Jesus came to save us from our sin and to re-form us into God’s likeness. He took our sin and its consequence — death — upon himself. He died and rose again so that we may have eternal life.

Salvation requires us to confess our sins, repent, and ask God’s forgiveness. To be saved is to walk with God in faith and obedience, in Christlike holiness.

An education that was built upon the Bible’s moral foundation gave to India several generations of clean civil servants and a couple of generations of clean politicians. The Gospel is the power of God for our salvation. It created nations that are morally better than us. It also transformed India in the past and can do so again.

The Lord Jesus said to the Jews, that getting rid of the Romans is not enough to reform Israel. Political peace and material prosperity will come to them if they seek first God’s kingdom and his righteousness.

[This is the summary of an video interview that Rebaka Pradhan had with me. Billy Graham, one of our students, is editing it. It is expected to be premiered on December 13]