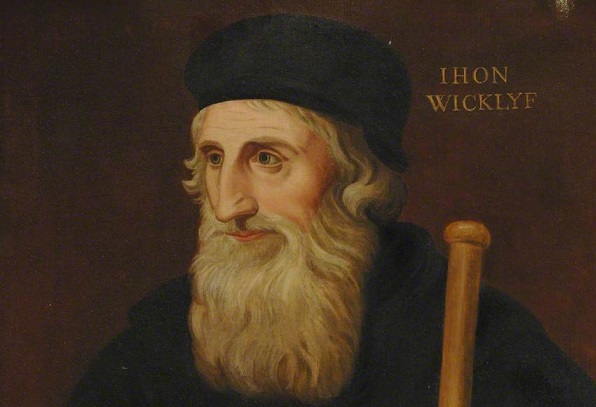 Today’s superheroes are unreal – individuals that are “enhanced” technologically or with occult powers as imaginary Avatars. Our generation had more believable heroes such as Robin Hood. We loved him because, without a gun, he fought against a social order ruled by a corrupt clergy and arrogant aristocracy.

Sadly, however, neither the comic book writers and film-makers, nor even our pastors and spiritual mentors ever told us that heroes such as Robin Hood did nothing to change the corrupt medieval world. Their rotten world was reformed by Bible translators such as Wycliffe.

Oxford and Cambridge universities have produced tons of real heroes who helped create the modern world. These universities are very good in celebrating their alumni who made unique contributions to human civilization. Therefore, I was rather surprised when I went to the Baliol College in Oxford and found that they did not have a statue of John Wycliffe (1320 – 1384) – the Morning Star of Europe’s Reformation.

“Why?” I asked the college guide. His lack of an intelligible answer frustrated me. So, I asked: “Is it because Oxford still considers him a heretic?”

The guide was amused. “… still a heretic . . .” he muttered several times as he showed me his college.

The church declared Wycliffe, not Robin Hood, a heretic because Wycliffe got his friends to translate the Bible from Latin into English. He was giving to the common man the power of the knowledge that the corrupt clergy wanted to keep for themselves.

Wycliffe initiated this history changing democratization of intellectual power, because the Bible taught him that God “wants all men to be saved AND COME TO THE KNOWLEDGE OF THE TRUTH.” (2 Timothy 2:4)

Confining the knowledge of the Truth into an elitist language — Latin — was the church’s way to divide the people into priests (Brahmins) and laity (the second, lower class) citizens.

The church could not hang him as a heretic, because during his time there were two Popes and for a while three. They were fighting each other. Each of them wanted the English crown to support him. So they could not antagonize the English who saw Wycliffe as their hero. Therefore, when the things settled down, the Church ordered the heretic’s bones to be dug up and burnt . . . his ashes scattered over the Avon river. A heretic could not be buried into church’s sacred cemetery.

Yet, this “heretic” changed history. Every Englishmen had seen the corruption of the clergy that Robin Hood fought. But soon, those who heard, read, or memorised Chaucer’s Cantebury Tales, read of a nobel Parson (pastor) whose job was to correct the wayward ways of crooked Christians. The good priest was a Lollard (a Wyclifite Christian minister). Thanks to Wycliffe and Chaucer, this new (biblical) priest was no longer an instrument of corrupting the morals of society. He was God’s agent for change.

In my undergraduate days, my professors told me that according to Abraham Lincoln, democracy was the “government of the people, for the people, by the people.” They also said, that modern democracy came from Greece, and that Plato’s “Republic” was the first and the greatest Greek text on ethics and political philosophy.

So, I decided to read the “Republic.” It confused me that Plato condemned democracy as the worst of all political systems (the 2016 Presidential election in America is forcing many to reconsider the political myth that the American Enlightenment and Will Durant taught everybody, including my professors in Allahabad.)

I began to outgrow the secular non-sense when I discovered that “Lincoln’s definition” was, in fact, a statement from the Preface to Wycliffe’s English translation of the Bible. Wycliffe’s Bible was translated 50+ years before Guttenberg (re)invented the printing press. (The Chinese and the Koreans had invented it centuries earlier.) And Archbishop Arundel had banned translating the Bible into English. Therefore, the English never printed the English Bible. It was the Americans who published Wycliffe’s Bible (after they ceased being a British colony), during Lincoln’s time.

Wycliffe knew that nations will find healing (Revelation 22:2) only when the church fulfils God’s desire to democratize knowledge — for all men to be saved and come to the knowledge of the truth; to fill the earth with the knowledge of God as the waters cover the sea (Isaiah 11:9). Bringing nations under God’s discipline (discipling nations) will produce free and great nations.

In 1517, the German monk, Martin Luther, revived Wycliffe’s mission. He inspired William Tyndale to complete the work that Wycliffe had begun. Corrupt Church and the English Crown did not allow Tyndale to translate the Bible into English. In order to reform England, Tyndale had to hide in Belgium to translated the New Testament into English. It was Wycliffe’s followers, the Lollards, who financed the publication of Tyndale’s New Testament and smuggled it into England in their ships bringing wheat and bales of clothes. The English Bible then began the reformation of the English speaking world.

The forgoing is the summary of my extempore lecture given to Wycliffe Bible Translators in Germany. Their vision is to complete translating the Bible into all of the world’s major languages by 2025.