The Souls Sully Couldn’t Save 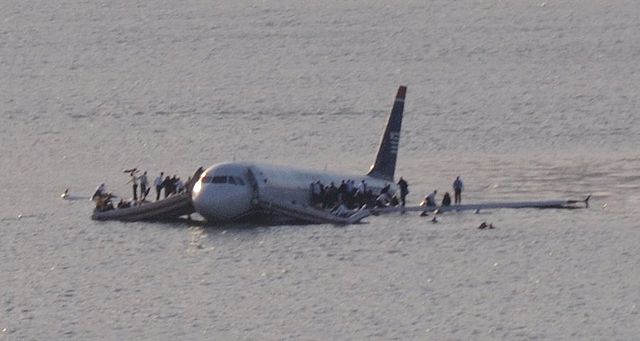 The movie Sully, starring Tom Hanks, has been out for nearly two months. My wife would not go see it. She’s uncomfortable with flying in the first place. But I went and found the film very inspiring.

A few days later, I could not help but think of a bit of irony in the timing of the release of that film. And it wasn’t because of the anniversary of the 9/11 attacks. The September 9th release date was twenty-two years and one day after another US Airways incident. That one did not end well.

I was driving home from my talk show in Pittsburgh on that September evening in 1994. Conditions were warm, mostly sunny, and relatively still. On the radio I was hearing about an airline disaster just a few miles away.

Two years ago, the Pittsburgh Post-Gazette took readers through the incident and the subsequent forming of an organization by the families of the survivors. It’s painful to read of how difficult it was to get accurate information about what happened. And for family members to recover their loved ones’ personal effects. (http://www.post-gazette.com/local/region/2014/09/07/USAir-Flight-427-20-years-later/stories/201409070272)

Here’s a brief retelling of that September tragedy from the article:

On a beautifully clear and warm evening in Western Pennsylvania, USAir Flight 427 began its approach to Pittsburgh International Airport. The Boeing 737, carrying 127 passengers and a crew of five, was making a routine trip from Chicago and was due to land in Pittsburgh around 7:15 p.m. It never got there

At about 7 p.m., First Officer Charles Emmett and Capt. Peter Germano chatted in the cockpit about the bright sun they’d have to deal with and grumbled about the heavy air traffic around Pittsburgh International that invariably caused delays.

The banter gave way quickly to exclamations of surprise and then horror, as their jetliner suddenly and inexplicably yawed to the left, rolled over and began to spiral downward. In 23 terrifying seconds, the 737 plummeted 6,000 feet and struck the ground at 300 mph into a ravine near the Green Garden Plaza in Hopewell, a few miles away from the airport.

The plane disintegrated on impact. In a flash, 132 lives were snuffed out.

It was a bizarre incident since it appeared like the plane simply fell out of the sky. It didn’t, but it would take over four years to determine it was a rudder based problem. Initially, Boeing denied this. Later, they did retro work on 737 rudders and earlier complaints on these issues went away.

It’s still haunting to read this news account of USAir Flight 427. I had a few friends who actually worked the crash site. People had to go in shifts as they could hardly handle the experience.

Yes, those lives were “snuffed out.” But what happened to their souls? More on that in a moment.

I guess it’s why I was so inspired by the movie Sully. Seeing the actual faces during the movie credits of the people who appreciated the life-saving skill of their captain was touching. They were all so grateful—as they should be!

Journalist Katie Couric and others have questioned Captain Sullenberger about whether he prayed during this crisis. Apparently, he did not. Instead, he claimed he left that to others on board. I’m sure many prayers were uttered by passengers.

In the news reports about “The Miracle on the Hudson,” it was said more than once that “Captain Sullenberger saved all 155 souls on board.” In reality, Captain Sullenberger only saved the earthly lives of the 155 on board. Sully has no say over what happens to the souls of those people for eternity.

This, of course, makes me wonder how many on that plane have considered their fate in light of their proximity to eternity? It was closer than perhaps any had experienced before. All on board Flight 1549 relied on one man to land them safely back to the ground—or water in this case.

Similarly, our passage to our safe eternity rests squarely with one man—Jesus of Nazareth. The Messiah. In a conversation with Martha, a devoted follower, Jesus told her plainly, “I am the resurrection and the life. Anyone who believes in me will live, even after dying.” (John 11:25, NLT)

People aboard the doomed USAir Flight 427 had only moments to make that final decision on the promise of Jesus. Passengers on US Airways Flight 1549 have been given a reprieve to make that decision. But make it they must. As we all must do.

A song performed by Christian recording artist Steve Green titled, As We Sail to Heaven’s Shore, found connection in a memorial service of one of the victims of the downed Pittsburgh flight. A portion of those lyrics go…

Lord, we trust Your Father’s care
Will convey us safely there
Open or seal off every door
As we sail to heaven’s shore.

May God put the winds of grace and mercy behind you as you sail toward eternity.