A Friend Asks Me What I Think About Trumpism 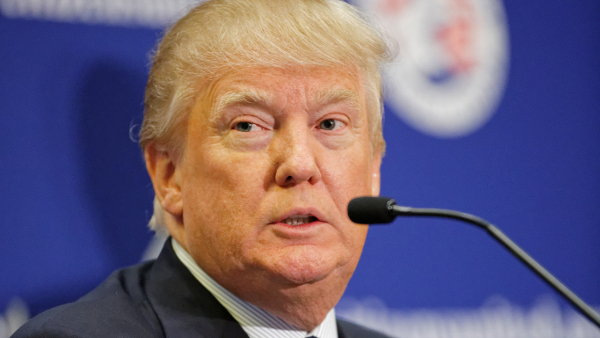 In case anybody is wondering (based on some of my recent, seemingly pro-Trump posts), a friend asked me this question recently, and here’s what I said:

I think “America First” is a terrible, disgusting sentiment. (There are 7 billion people on this island-planet, and we’re 5% of them. Solving the biggest problems — climate, nuclear proliferation, terrorism, financial instability — requires cooperation, and that slogan is a bad way to elicit it…) I think “China Stole Our Jobs” is infantile economics. (What — were they supposed to stay poor so we don’t have to rise to meet their challenges?) I think “build a wall” is ass-backwards policy in relation to Latin America — with whom we’re bound at the hip for the next century (see: my reaction to “America First”). I think you can’t jaw-bone your way past technological change and globalization. Badgering CEOs not to reallocate their resources globally doesn’t change anybody’s comparative production costs, and hence, amounts to placing a band-aid over a gaping wound.

I think we need a vigorously free and skeptical press, and that the fourth estate (due in part to their own soft-left sycophancy which invited attack from a shrewd demagogue) is at risk of being severely damaged. (Trump enthusiasts are right — “fake news” is everywhere.) I think “white identity politics” is both the inevitable byproduct of a self-absorbed focus by the left on race/gender/sexuality, but is also a potentially catastrophic development with profoundly reactionary tendencies. (I fear for OUR republic. It’s time, ladies and gentlemen of all colors, sexual orientations and ethnic lineages, to retire the race-cards from our political deck, rather than to ensure that every group gets to play one.)

I think the inner-cities ARE profoundly troubled corners of America that need rebuilding, and that a nationalist program — as dangerous and ugly as it could be — also affords us some opportunities. (No, I’m not selling my soul for 30 pieces of silver; I’m just trying to stay light on my feet and roll with the punches. I’m trying, as the kids say — but not as they intend — to stay “woke.”)

I think it’s axiomatic that you can’t have a country without having a border, and that “open borders” means a loose low-skilled labor market — in Los Angeles, in New York, in Chicago, in Houston, etc., which is obviously not good for black 20-somethings who didn’t learn much about reading and counting in school. (That there are some conflicts of interest between Latinos and blacks should be apparent to anyone paying attention — e.g., to Chicago’s recent mayoral politics, or to Roger Waldinger’s “How the Other Half Works,” and much else.)

I think the Democrats have been banking black votes for two generations and we’ve got diddly to show for it. (The hacks who responded to Trump’s “what do you have to lose” with a reflexive “EVERYTHING” don’t know what they’re talking about.) I think Obama was an elegant “cool cat,” with high IQ and a golden tongue, but was — at the end of the day — a weak sister on both the domestic and the foreign stages — ruthlessness being, as Machiavelli taught, a precondition for the successful prince. The man was just too superciliously, smugly fastidious. He should have determined, from day one, to cut his enemies nuts off. I think he failed us.

And, finally, I think Trump is going to be leading a government which will completely revamp how public business is done at the federal level in this country. And, I think “protest” is a ridiculously self-indulgent response to the challenges this poses.