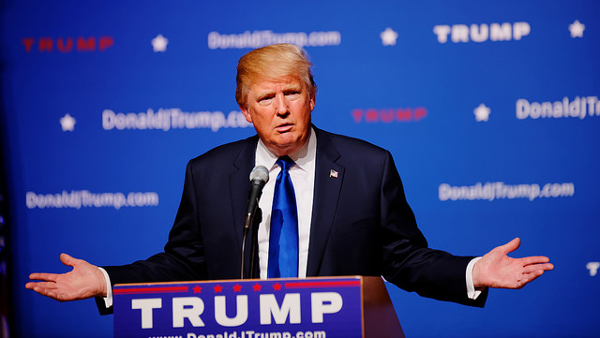 In my previous column I observed here how the 2016 race reflects American conditions in the late 1970s — also stagnant — and how the political elites are echoing President Jimmy Carter’s feckless reaction in his notorious July 15, 1979 address to the nation in which he said, in part:

The threat is nearly invisible in ordinary ways. It is a crisis of confidence. It is a crisis that strikes at the very heart and soul and spirit of our national will. We can see this crisis in the growing doubt about the meaning of our own lives and in the loss of a unity of purpose for our nation.

The erosion of our confidence in the future is threatening to destroy the social and the political fabric of America.

What’s really going on? The destruction of our social and political fabric derives from stagnation, not vice versa.

My Letter to the Left: the Gold Standard Will Restore Upward Mobility was an analysis of an important piece by Stan Sorscher in The Huffington Post, itself headlined “Inequality — “X” Marks the Spot — Dig Here.” Sorscher perceptively wrote:

The second message is the very abrupt transition from the post-war historic period to the current one. Something happened in the mid-70’s to de-couple wages from productivity gains.

The third message is that workers’ wages – accounting for inflation and all the lower prices from cheap imported goods – would be double what they are now, if workers still took their share of gains in productivity.

Reagan, in an ad hoc way, fixed it.

That fix has unwound.

Malaise, “threatening to destroy the social and political fabric of America,” returns.

The president-elect can confront the source of the stagnation: Bad Money. One can well imagine how much better the political climate would be if workers’ wages — including yours and mine — were double what they are now. The Pursuit of Happiness would be going much better. We’d be a cheerful, not surly, nation.

Sorscher attributes the onset of stagnation to how our “moral, social, political and economic values changed in the mid-70’s.” This claim recalls the Japanese Imperial Navy submarine captain’s declaration that “the floggings will continue until the morale improves.”

The “values change” hypothesis is strangely reminiscent of, and just as wrong as, Jimmy Carter’s great “moral equivalent of war” MEOW. Let’s peek at the data.

The flat-lining of median family income and ensuing collapse in national morale closely correlates with the collapse of the Bretton Woods gold-exchange standard. Morale collapses from lack of opportunity rather than collapsing morale contracting opportunity. Jimmy Carter got it exactly backwards. Most of our contemporary elites get it backwards as well.

Mr. Trump would do well to call on Lewis Lehrman (whose eponymous Institute I once served professionally) and Steve Forbes for some great additional policy guidance to restore the American Dream. Mr. Trump, call upon your advisory board member Judy Shelton! Restoring equitable prosperity will make our political culture sweet again.

Employment is determined by the combination of monetary and fiscal policy. … Thus it is the actions of the Federal Reserve combined with those of Congress which determines how many jobs there are in America. And nothing else.”

Reagan — with a good (and strongly bipartisan) fiscal policy and a monetary policy much better than that of his predecessors fixed America’s stagnation. The ensuing job creation restored America’s morale, led to “morning in America,” and, not incidentally, led to a 49-state landslide re-election.

President Carter eerily alluded to the occult nature of the problem besetting America: “The threat is nearly invisible in ordinary ways.” It is as occult, which is to say invisible, today as it was in 1979.

Yes, invisible. Good monetary policy is as invisible as oxygen … and as crucial to the fires of industry.

Keynes presaged this view in 1919 when he wrote “There is no subtler, no surer means of overturning the existing basis of society than to debauch the currency. The process engages all the hidden forces of economic law on the side of destruction, and does it in a manner which not one man in a million is able to diagnose.”

Keynes may have been paraphrasing Copernicus who wrote:

ALTHOUGH THERE ARE COUNTLESS MALADIES that are forever causing the decline of kingdoms, princedoms, and republics, the following four (in my judgment) are the most serious: civil discord, a high death rate, sterility of the soil, and the debasement of coinage. The first three are so obvious that everybody recognizes the damage they cause; but the fourth one, which has to do with money, is noticed by only a few very thoughtful people, since it does not operate all at once and at a single blow, but gradually overthrows governments, and in a hidden, insidious way.

What I wrote here a little while ago bears repeating:

Lucky for America, we have, in the Congress that “one man in a million” riding to our rescue with a proposed monetary commission. Actually, greatly against the odds, we have several: Rep. Kevin Brady (the monetary commission’s prime sponsor), Rep. Jeb Hensarling (Chair of the committee of jurisdiction, House Financial Services Committee), and Rep. Paul Ryan (Speaker). Together almost unheralded, they got this antidote to what is stifling American job creation passed last November.

The Congressional Research Service summarizes it:

“This bill establishes the Centennial Monetary Commission to: examine how U.S. monetary policy since the creation of the Federal Reserve Board in 1913 has affected the performance of the U.S. economy in terms of output, employment, prices, and financial stability over time… and recommend a course for U.S. monetary policy going forward.”

This excellent piece of legislation could finally smoke the snake out from the wood pile. It now sits in the World’s Greatest Deliberative Body, the United States Senate.

It portends as crucial to restoring the American Dream.

Its prime Senate sponsor, another “man in a million,” is no less than the Honorable John Cornyn, the #2 leader of the Senate and Senate Whip. Bonus: it is in the jurisdiction of the excellent Senate Banking Committee Chairman Richard Shelby.

It emerged into plain view last month. So, thereby, did the pathway out of the no-jobs box canyon into which Washington has ridden America.

Every poll I have seen puts jobs and the economy at the top of the voters’ concerns. Smart voters! Yes, it would be nice if the candidates kept it classy. That said, we were ready to forgive President Clinton his scandalous private conduct because he delivered the goods: jobs, with financial security and reasonable affluence.

What we voters really wanted to know is: Who has the better grasp on exactly how to restore the American Dream of Prosperity and Justice For All? Our presidential nominees would do well to take up the invisible, crucial, and vote rich matter of Good Money. If they do not do so the action shifts to Capitol Hill, which, according to the US Constitution, is exactly where it belongs.

The poet William Blake wrote, in The Marriage of Heaven and Hell, “Expect poison from the standing water.” To restore the goodness of America and to make America great again, end the stagnation by restoring good monetary policy, of which the classical gold standard repeatedly has proven itself the best.

A version of this article originally appeared on Forbes.