Nude is Natural: Should Clothing be Optional? 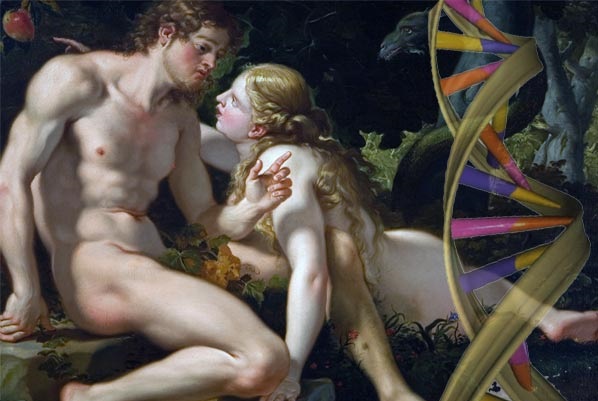 Interviewer: In May 2016, in Pune Maharashtra, a girl in a short dress was in a car with two friends. Five men pulled up their car next to hers. They began commenting on her indecent dress. Some of them then got out of their car, grabbed her hair, pulled her out of the car, and thrashed her for discarding Indian clothes under western influence.

A TV channel interviewed her and then asked young people what they thought. Most responded, “What a person wears is no one else’s business.” A girl should be free to wear whatever she wants. The TV did not ask, “What if she does not want to wear anything?”

India is witnessing a clash of two cultures: Traditional conservative India is colliding with the secular West’s pop culture. It is only a matter of time when the People for Ethical Treatment of Animals (PETA) come to India and get strict vegetarians to come out on the streets naked, protesting against the killing, skinning, and eating of animals. They will bring their deeper challenge: We should come out on the streets natural — like animals — wearing nothing. The question is legitimate:

If being nude is natural, should clothing be optional?

I decided to discuss the question with one of our Professors, Dr. Vishal Mangalwadi:

Sir, if clothes are unnatural, why should they be compulsory? Shouldn’t individuals have the liberty to dress as they want? Or, to not wear clothes at all. We already have a few beaches in India, where nude parties are organized. But they are illegal. Should nudism be a part of our fundamental right to freedom?

My answer: “Natural” is not necessarily good. Drought and disease are natural. We use science and technology to over rule nature.

All morality is submitting our natural urges to supra-natural — spiritual.

Dressing modestly may not be natural, but it is moral. Why do we wear clothes?

If it is because of climate, then being nude is natural and clothing is optional. There are many ways to heat your room or car or office.

If clothing is to make yourself more beautiful and attractive than you are, then a person who thinks being nude makes him or her more attractive, should have the freedom to be nude.

Nude may be natural, but clothing is a proof that ‘man’ (male and female) is no longer natural — as he was made. Clothing is required because “man” is abnormal. According to the third chapter of Genesis, the Bible’s first book, Adam and Eve were natural in the Garden of Eden — naked. But Eden is no longer man’s address. He has “fallen” from his original nature of being the likeness of a holy God.

Covering is called for because the “fallen” man covets. He covets the bodies of his neighbour’s wife and daughters. A girl may be madly in love with her boyfriend, a woman may love her husband deeply. Yet, because man has “fallen” into sin: far too often he is not grateful for the wife that is given to him. Sometimes he even abuses the woman who loves him and gives herself to bless him. Clothing, therefore, is a visual wall. One of its functions is to help a fallen man look at other people as whole persons — not just as sex objects that he can covet for himself.

If nude is natural, why are we ashamed of nature — of our own bodies? The Bible tells us that our sense of shame at our nakedness came with the original sin — the disobedience of Adam and Eve.

Nudists try hard to be shameless. But is shamelessness a virtue? Corrupt officials repress shame and make themselves shameless in demanding and taking bribes. A bully may brag about the women he has raped. He may argue that in removing a woman’s clothing and raping her, he is simply following his natural instinct of exercising power over women. So, does shamelessness makes nudism proper?

Some people think that the account of Adam and Eve in Genesis 3 is “story”, not history. It is easy to deny the Bible’s narrative of the origin of sin and the curse that it brought upon man and woman. But rejecting the authenticity of the account of the fall of man puts upon the skeptic to explain the shame as well as the other phenomena the narrative explains.

If you doubt a sense of shame at our bodies is now ‘natural’ for our fallen species, then you have to explain why don’t most women like walking around like cows — natural and nude?

Take, another example: the curse of labour pain.Why does the female of human species experience unique labour pain in what is natural for her — child-birth?

A Jewish woman answered: “I don’t believe that sin put us under a divine curse. When my first baby was born, I was lassoing a horse.”

“The problem is,” I responded, “that only the female of our species needs chemical or psychological aids such as lessons in ‘Creative Visualization’ to resist the labour pain. No cow has to visualise away her discomfort at delivery by lassoing a horse.

Adam and Eve’s sin did not put curse only upon the women. Adam’s sin brought curse upon the land. God said, Eden was designed to grow abundant food. Now, it will be under curse. It will grown thorns and thistles. Adam will have to sweat in order to eat.

Think about that: most men may be irrational, but ‘man’ is certainly the most rational of all creatures. A wealthy man once boasted that he could store food and clothing for seven generations of his children’s children. Why then does this ‘rational animal’ alone eats ‘of the sweat of his brow’? Why is he forced to put up with ‘thrones and thistles’ in his workplace?

A man may sit in an air-conditioned office. Yet, he sweats or his heart palpitates. His hands may not bleed due to natural thorns and thistles . . . but his heart may cause blood pressure. His mind has to wrestle with the thorns on the tables on his left or the right, or the tables that are ‘above’ him, or ‘below’ him in his office hierarchy.

Dogs and peacocks do not toil in order to eat. Nor do they wear clothes. We do. Clothing may be unnatural, but it is a proof that now, the fallen man’s nature is to be sinful. To covet a woman that is not his. Therefore, clothing is not just a covering for our sense of shame. Modesty is moral. It is the real rationale for dressing appropriately.

Modesty is an acknowledgment of a fact of nature — Human sexuality is more powerful than animal sexuality. A cow does not have to cover her breast, because no ox takes an interest in them. Human males are different. Therefore, a woman who covers herself modestly is moral. Why? because she is considerate of her neighbours. She makes it slightly easier for men to avoid temptation. Playboy culture that exposes women, makes men use women as playthings.

Morality is true power. Modest dress empowers a woman. On the one hand it forces men to assess her on the strength not of her body, but of her character, her words, actions, and achievements. Prostitutes often dress seductively, because they want to send a message that they are available; no one has to pay heavy, life-long price to get them. A woman who dresses modestly sends men a message: If you want me,, you have to woo me. You have to commit to love me in an exclusive way. You have to honour me and care for me for the rest of my life. Only then am I going to give myself to you for our mutual enjoyment and our service to our children, families and communities.

First century Roman empire created playboy culture. Many Roman cities had temples that housed hundreds, even thousands of devadasis – goddesses or temple prostitutes. The citizens became very religious. Men loved spending evenings in these temples. Housewives became desperate. For husbands thought that the professional love-makers were better than wives. Many wives became so desperate that they registered themselves as “gods’ servants.” All they had to do to attract men was to wear as little as possible. Rome’s playboy culture degraded women and destroyed families. That is why women followed the apostle Paul. Radical feminists think that he repressed women. Roman women who actually heard and understood him, knew that by opposing their immoral religiosity, Paul was, in fact, liberating them from their playboy culture. One of Paul’s weapons was his teaching on dressing modesty. He advised Christ’s followers: “women should adorn themselves in respectable apparel, with modesty and self-control . . .” (1 Timothy 2: 9)