The Real Enemy Is Stagnation 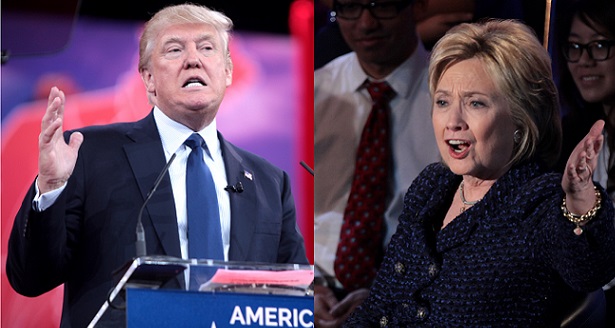 Marx wrote: “all the events and personalities of great importance in world history occur, as it were, twice… the first time as tragedy, the second as farce.” Karl, not Groucho, Marx.

We entered the realm of farce.

The voters rejected that.

We are experiencing a reprise of the political paralysis of the 1970s, stagnation replacing stagflation. Jimmy Carter tackled the malaise in widely noted speech on July 15, 1979. This was later derided as his great MEOW (“Moral Equivalent Of War”):

The threat is nearly invisible in ordinary ways. It is a crisis of confidence. It is a crisis that strikes at the very heart and soul and spirit of our national will. We can see this crisis in the growing doubt about the meaning of our own lives and in the loss of a unity of purpose for our nation.

The erosion of our confidence in the future is threatening to destroy the social and the political fabric of America.

The confidence that we have always had as a people is not simply some romantic dream or a proverb in a dusty book that we read just on the Fourth of July.

The symptoms of this crisis of the American spirit are all around us. For the first time in the history of our country a majority of our people believe that the next five years will be worse than the past five years. Two-thirds of our people do not even vote. The productivity of American workers is actually dropping, and the willingness of Americans to save for the future has fallen below that of all other people in the Western world.

As you know, there is a growing disrespect for government and for churches and for schools, the news media, and other institutions. This is not a message of happiness or reassurance, but it is the truth and it is a warning.

Carter then discredited himself with a series of utterly feckless measures. None worked.

The farce is not funny. It’s cringeworthy how the national elites can be so oblivious to the obvious. The political and economic elites are just not grasping that economic stagnation, painfully obvious  to the voters, is at the root of our political woes.

David Leonhardt, in The New York Times, gets it. He does an extraordinary great job of recognizing and framing the “central challenge of our time” in his debut column A Great Fight For Our Times:

When progress is the norm, it feeds on itself. People can trust that their own sacrifices will usually pay off. They can endure hard times without becoming cynical and can be generous toward others.

Now, imagine a different reality: one in which your family — or whole community — had known scant progress for decades.

You couldn’t tell stories of upward mobility, because they wouldn’t be true. Instead, you would be frustrated, about hard work gone unrewarded, and anxious, for your future and your children.

Such stagnation is the reality for much of the country’s population — roughly one third by many measures, closer to half by others. Some of the statistics are familiar. But as a group, they’re chilling.

The typical household, amazingly, has a net worth 14 percent lower than the typical one did in 1984, according to a forthcoming Russell Sage Foundation publication. The life-expectancy gap between the affluent and everyone else is growing. The number of children living with only one parent or none has doubled since the 1970s (to 30 percent). The obesity rate has nearly tripled (to 38 percent). About eight million people have spent time behind bars at some point in their life, up from 1.5 million 40 years ago. While college enrollment has grown, the norm for middle-class and poor students is to leave without a four-year degree.

This column is my first for the Op-Ed page, which is why I’m devoting it to the great American stagnation. That stagnation is a central challenge of our time.

And we don’t feel nearly enough urgency about it.

Of course I disagree with Leonhardt’s call for raising taxes — by which presumably he means tax rates — on the upper middle class and the wealthy as part of the remedy for stagnation. History — from JFK to Reagan to Bill Clinton — shows how cutting tax rates is a key, although not only, piece of the recipe for resolving stagnation. The other key is good monetary policy.

Read Kudlow and Domitrovic’s new best seller, JFK and the Reagan Revolution: A Secret History of American Prosperity, on just that matter. Nevertheless Leonhardt is exceptional in getting the issue, its ramifications, and its key importance exactly right:

Yet even for [those with a rising standard of living], the stagnation looms over life. It breeds political dysfunction, and it helps explain why so many Americans aren’t swayed by facts. When you have been struggling for decades, you tend to lose faith in society’s institutions and their sober-minded experts.

I have some confidence that if the politicos just get the question right eventually — with a spirited argument conducted in good faith — the right answer will emerge. President Reagan’s 1986 tax reform cutting the top rate to 28% carried the Senate 97-3.

Hillary Clinton, something of a social justice warrior, broke left. She proposed whopping tax increases. She took a daft position on monetary policy, “The Fed Can Do No Wrong,” and is above criticism other than her demand for more socioeconomic and ethnic diversity on the governing boards of the regional Federal Reserve banks.

Neither stand would help the economy get back to its historically higher growth levels, the kind facilitated by President Clinton 1.0. That made him popular. Easy to love a politician who gives us twice as much prosperity than has either party for the past 16 years.

Donald Trump shows better promise with a reformulated tax rate cut along the lines of the new Ryan-Brady tax plan. Trump allowed his original sketch of a tax plan to be refined by Supply-Side stalwarts Arthur Laffer, Larry Kudlow and Steve Moore. Trump also showed he might put monetary policy into play by the proxy of criticizing the Fed and even hinted, twice, at favoring the best monetary policy of them all, the gold standard. He won.

The real enemy is neither the left nor the right.

It’s not Democrats or Republicans.

A version of this column originated at Forbes.com