The World Has Little Light This Christmas Because… 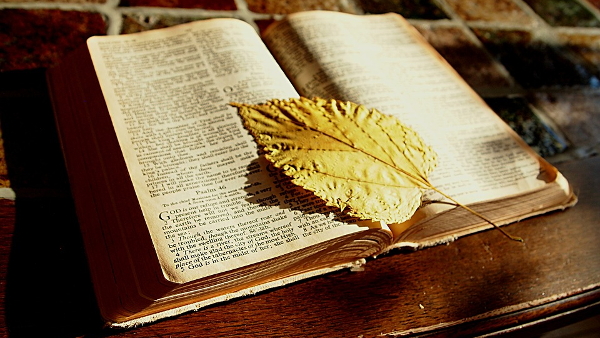 Isaiah began his Christmas prophecy with the powerful imagery of light:

“The people who walked in darkness
have seen a great light;
those who dwelt in a land of deep darkness,
on them has light shone. . .
For to us a child is born,
to us a son is given;
and the government shall be upon his shoulder,
and his name shall be called]
Wonderful Counselor, Mighty God,
Everlasting Father, Prince of Peace.” (Isa 9: 2 & 6)

Isaiah went on to teach that the Christmas child’s light will bless the nations because God will renew Jerusalem:

Because God has planned to bless the NATIONS with light, Isaiah challenges the weak, ineffective and corrupt Jerusalem to reflect God’s light:

“Arise, shine, for your light has come,
and the glory of the Lord has risen upon you.

For behold, darkness shall cover the earth,
and thick darkness the peoples;
but the Lord will arise upon you,
and his glory will be seen upon you.

And NATIONS shall come to your light,
and kings to the brightness of your rising.” (Isa 60: 1-3)

The New Testament repeatedly uses Isaiah’s imagery of the light. Matthew tells us that the Lord Jesus said to oppressed masses:

“You (the disciples) are the light of the world. A city (New Jerusalem) set on a hill cannot be hidden. . . let your light shine before others, so that they may see your good works and give glory to your Father who is in heaven. (Matthew 5:14-16)

In his Gospel and the Apocalypse, John uses Isaiah’s imagery of the light most effectively:

(John the Baptist) was not the light, but came to bear witness about the light. The true light, which gives light to everyone, was coming into the world (on Christmas). (John 1: 8-11)

“I saw seven golden lampstands, and in the midst of the lampstands one like a son of man, … his face was like the sun shining in full strength.” (Rev 1: 12 -16)

At the end of Revelation, John powerfully summarises Isaiah teaching and Jesus’ statement (in Matt 5) that the Brides (church’s) light will become the New Jerusalem, a city on a hill:

“And the city has no need of sun or moon to shine on it, for the glory of God gives it light, and its lamp is the Lamb. By its light will the NATIONS walk, and the kings of the earth will bring their glory into it” (Rev 21: 23-24).

This Christmas the world has little light. The Evangelical Lutheran Church in America voting to embrace homosexuality is just the latest testimony to the City-on-a-Hill sinking into the bottomless pit.

Instead of being the light for the NATIONS, the American church marginalised itself through a sophisticated theological system called Dispensationalism. This became the dominant theology taught by evangelical seminaries such as Moody, Wheaton, Dallas, BIOLA and many more. It plunged America and its spiritual colonies into present darkness because it separated Grace from Truth. Salvation was by faith and had nothing to do with knowing truth

The American Church and its church-plants surrendered to secularised individualism and thought that his light is for individuals and not for the nations.

It promoted a view of End Times (Premillennialism) that made the ascended Jesus incapable of being the lamp over his earthly lampstand.

Jesus must return to take us to heaven. But if he wants his light to shine upon the nations, if he really wants the government upon his shoulder to share his yoke with the meek, than he must rebuild (or get the Anti-Christ to rebuild) the Third Temple in the old Jerusalem. From his throne in that Third temple, he can fire corrupt, ungodly rulers and hire righteous robots. He can’t handover the sceptre to his Body (his hand) as he promised in Revelation 2: 26-27. The Head itself must hold the sceptre, not give it to the hand of the meek and the lowely.

His kingdom is not “for” this world. He must rule in heaven. Certainly, he can’t rule this world from his throne in heaven and in our hearts. The American law prohibits Jesus from ruling over nations. Calling him King of kings and the Lord of lords is simply a story. If he wants to go beyond saving souls to caring for nations, then He has to redefine ‘nation’ as people groups. He can go to remote people groups and save them, but not interfere with civilised, tolerant nations such as the United States of America, which find offensive greetings such as “Merry Christmas.”

The ascended Jesus has no power to transform his church into the city-on-a-hill, the light of the world. The earth belongs to the Devil, therefore, Jesus cannot build the New Jerusalem, his bride, on this earth (Rev 3:12). He has to build it in heaven, perhaps billions of light years away from this earth. It must descend upon this earth like a gigantic UFO. After the New Jerusalem has landed, then He can shine upon that city of gold and it can reflect his light upon the earth. How can he empower the church to do greater things than Him? Ascended Christ has no power (John 14:12-14). His power ceased after great American theologians such as B. B. Warfield taught Ceasesationism. God (or American theology) will give power to Jesus to rule only after the Second Coming.

I say: Christians can celebrate Christmas. But it does not matter how much we invest on Christmas lights, the world isn’t going to have much true light, unless the bride of Christ becomes the New Jerusalem. The bride can’t become the New Jerusalem unless the global body of Christ is willing to refuse theological colonisation and question America’s dominant theology and spirituality as did Martin Luther 500 years ago.

From January 4-14, about 40 of us plan to turn our winter vacation into a Creative Community. We will read through the whole book of Revelation to see how, practically, we can become God’s light to the nations. For example, how can we use the Wikipedia and YouTube for spreading the light of truth. The Community will use the Old Testament Prophets and the Gospels as commentaries on Revelation.