I Met Jesus Yesterday. He’s Black. And Has Cerebral Palsy. 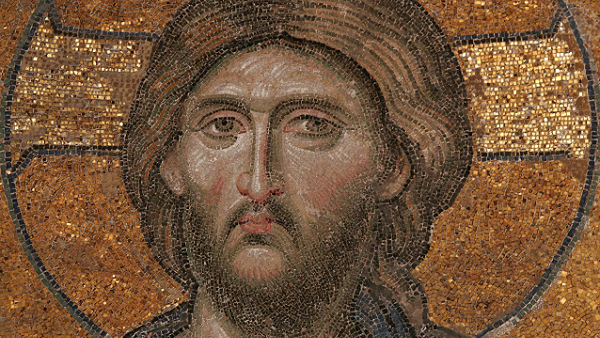 I was driving home from a town in east central New Jersey where I had gone to exchange a hat I had purchased to get one that was a size larger. It was lunch time and for some reason I got it into my head that the perfect midday meal would be a Jamoca Almond Fudge milkshake. For that, I needed a Baskin-Robbins shop, and sure enough one soon presented itself (in a Dunkin’ Donuts). So I parked in the lot and began walking through a light cold rain toward the shop entrance. He was leaning beside the door–the perfect image of a beggar. I was sure he would accost me as I entered and asked for money and I wasn’t looking forward to it. I resolved to just quickly walk past him through the door.

As I approached, however, I found that I couldn’t look away from him as I had planned to do. But he didn’t ask for money. I said, “hello, my brother.” He replied, “hello, brother.” As I walked through the door he softly called after me, “Will you pray for me?” “Certainly I will,” I responded.

I ordered my Jamoca Almond Fudge shake (with malt) from a lovely young woman who was wearing a hijab. When she delivered it, I noticed however that it was white, rather than brown or tan in color. “I’m sorry,” I said, “but I believe this is a vanilla milkshake, not Jamoca Almond Fudge.” “Oh,” she exclaimed. “It’s actually cookies and cream. My bad! I’ll make you a Jamoca. Sorry.” So she made me another shake and sent me out with two for the price of one. I immediately thought of “the beggar,” as I continued to label him in my mind, and said to myself, “that was Providence’s way of feeding him today.” So I walked out the door, and sure enough he was still there.

“I have a milkshake for you,” I said. “Oh, that’s kind of you, brother,” he replied, “but my stomach can’t handle milk, It makes me a little sick. I appreciate it, though.” “Oh,” I said, “let me at least give you a little money.” And I reached into my pocket and handed him two dollars. (I pause here to say: two measly dollars. I could have handed him twenty, or fifty, and not felt it. But I only gave him two dollars. That speaks very poorly for me, and I’ve been regretting it ever since. But more on that in a moment.) “Thank you,” he said. Remember, he hadn’t asked me for anything. “I’m going to stay here until I get ten dollars, then I’ll go and get myself something to eat.”

He caught me glancing at his badly bent foot, which he had covered in a sock with no shoe. I also noticed he had a cane. “I have cerebral palsy,” he said. “I was born with it. I get by though.” “Yes,” I said—not knowing what else to say. “You stay strong, brother.” And I walked over to my car, got in, and drove away.

Even as I drove out of the parking lot, I began to feel remorse for my stinginess. I thought, “well, what I should do is drive back into the lot and hand him a twenty.” But then I thought, “that might be embarrassing for both of us.” That thought, however, was followed by another: “Well, he’d still, I’m sure, rather have the twenty bucks than be spared mild embarrassment.” But as I argued with myself (eventually acknowledging to myself that it was my own embarrassment that I was worried about, not his) I kept on driving and did not return.

When I got home, and all through the evening, and now this morning I have been reflecting on chapter 25 of St. Matthew’s Gospel:

“But when the Son of Man comes in His glory, and all the angels with Him, then He will sit on His glorious throne. All the nations will be gathered before Him; and He will separate them from one another, as the shepherd separates the sheep from the goats; and He will put the sheep on His right, and the goats on the left.

“Then the King will say to those on His right, ‘Come, you who are blessed of My Father, inherit the kingdom prepared for you from the foundation of the world. For I was hungry, and you gave Me something to eat; I was thirsty, and you gave Me something to drink; I was a stranger, and you invited Me in; naked, and you clothed Me; I was sick, and you visited Me; I was in prison, and you came to Me.’ “Then the righteous will answer Him, ‘Lord, when did we see You hungry, and feed You, or thirsty, and give You something to drink? ‘And when did we see You a stranger, and invite You in, or naked, and clothe You? ‘When did we see You sick, or in prison, and come to You?’ “The King will answer and say to them, ‘Truly I say to you, to the extent that you did it to one of these brothers of Mine, even the least of them, you did it to Me.’

“Then He will also say to those on His left, ‘Depart from Me, accursed ones, into the eternal fire which has been prepared for the devil and his angels; for I was hungry, and you gave Me nothing to eat; I was thirsty, and you gave Me nothing to drink; I was a stranger, and you did not invite Me in; naked, and you did not clothe Me; sick, and in prison, and you did not visit Me.’ “Then they themselves also will answer, ‘Lord, when did we see You hungry, or thirsty, or a stranger, or naked, or sick, or in prison, and did not take care of You?’ “Then He will answer them, ‘Truly I say to you, to the extent that you did not do it to one of the least of these, you did not do it to Me.’ “These will go away into eternal punishment, but the righteous into eternal life.”